Paul Ekman and Deceit - How to Detect It

Is deception possible to detect? In this article, discover what Paul Ekman has to say about it. 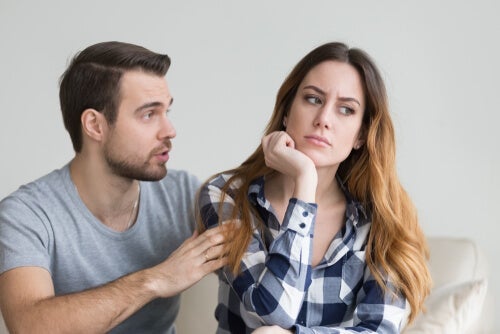 There’s a world of emotions out there. They’re all so intriguing that many scientists have been studying them from their many perspectives. The field of psychology is no exception. For example, Paul Ekman and deceit go hand in hand because he wrote a lot on the subject.

In this article, you’ll discover how to detect deception according to Paul Ekman. But firstly, as a starting point, you’ll learn a little bit about this unique man.

Paul Ekman is one of the most important psychologists today. The American Psychological Association (APA) even rewarded him for the relevance and depth of his contributions to this field. His most notable contributions pertain to emotions and facial microexpressions.

In addition, he received several awards for his scientific research. For example the Eureka Prize, for promoting understanding of science, and also the William James Fellow Award. In addition, he participated in a BBC documentary and was the inspiration of the series Lie to Me.

He was born on February 15, 1934, in the United States and is one of the most influential psychologists of the twentieth century. Also, he was a Professor of Psychology at the University of California and an advisor to the United States Department of Defense and to the FBI.

He wrote some popular science books, such as The Nature of Emotion: Fundamental Questions. Also, he wrote several articles for newspapers and magazines for his dissemination work. He still does research on deception.

“Deception,” according to the Merriam-Webster dictionary, is “the act of causing someone to accept as true or valid what is false or invalid“.

Now, to know what it is, you must understand that there are six basic emotions according to Ekman: fear, anger, disgust, happiness, surprise, and sadness.

Each emotion is associated with nonverbal language, which is a type of communication that reflects on the facial mimicry. It so happens that, even though people prefer talking, they’ll also express how they feel nonverbally. Feeling deceived or being a deceiver is no exception. Humans can equally express it on both levels.

How to detect deception according to Paul Ekman

Here are some facial indicators of deception:

Fake smiles, synchronization, pupil dilation, activation of reliable facial muscles, and blushing are other phenomena that serve as a reference when it comes to detecting deceit.

One can also detect deceit through a person’s words, tone of voice, and the position of their body. Deceivers are more choosy of their words and invest more in their mission. However, they neglect other things, such as mimicry.

The tone of voice, pauses, and verbal errors can all help you know if someone’s trying to deceive you. They have elements that don’t support the message they’re transmitting through their words.

Have you ever had the feeling that something just doesn’t fit in the way someone tells you something? It makes you wonder what’s up. This is because a hefty part of the analysis of nonverbal behavior happens unconsciously.

Likewise, deception is also linked to lies. To define it, Ekman argues that you must take into account both the liar and their victim in his book Telling Lies: Clues to Deceit in the Marketplace, Politics, and Marriage.

A lie happens when the recipient didn’t ask to be deceived. Also, when the one who says the lie doesn’t previously notify you of their intention to lie.

The polygraph is another liar detector and some call it the “lie hunter”. This device records a person’s body responses when under interrogation. However, and even though prosecutors in many countries use it, no reliable studies support the method of such technology to rule whether someone’s lying or telling the truth.

In short, emotions are a valuable source for analyzing behavior. They can manifest or hide in many ways. Among them, non-verbal language is of particular importance and Paul Ekman and his deceit contributions stand out. What a wonderful legacy!

The Pain of Lies and Deceit
Read more »

Link copied!
Interesting Articles
Curiosities
Working with Your Hands Is Good for Your Brain

Curiosities
What's the Purpose of Bail?