Patria, the Series - How Long Can Resentment Shape Your Life?

Patria was the best-selling book in Spain for more than a year. This wildly popular story is an honest portrayal of ETA, the Basque terrorist group, and the pain and anguish they caused. Now you can enjoy the story on the small screen with the new HBO series. 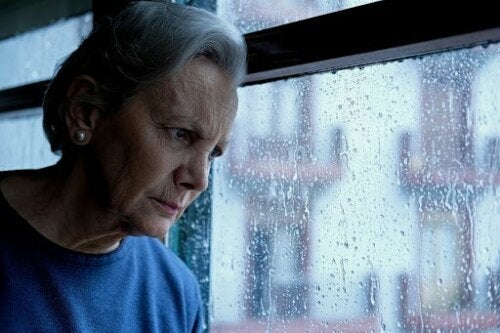 Patria is a TV adaption of Fernando Aramburu’s novel. Screenwriter and executive producer Aitor Gabilondo adapted the book to the small screen. After the eight-episode series aired at the San Sebastian film festival, it was released on HBO.

The series tells the story of two families whose lives are shaped by ETA, a terrorist group that murdered 853 people to try and pressure the government to give independence to the Basque Country.

The beautiful thing about Patria, however, is that it’s not a political analysis of ETA. Instead, it’s a very human reflection on what it was like for those who supported ETA and those who were threatened and killed by the group. It doesn’t try to exonerate, compare, or relativize the opposing sides of the issue.

Patria, the series: it’s not the story, it’s how they tell it

For 40 years, the terrorist group ETA used violence to try to gain power and be the sole representative of the stance and desires of those in the Basque Country. Very often, members of civil society were the victims of their attacks, blackmail, and threats.

Spain fought back with paramilitary groups (GAL) that were funded by the state. Members of GAL also killed and tortured ETA militants as well as those they suspected of being members. These kinds of attempts to eliminate ETA often served only to justify the terrorist’s actions and bring more people to their cause.

In 2011, ETA declared a permanent ceasefire. In 2017, they also began to turn in their weapons. Finally, in May of 2018, they officially disbanded. What they didn’t do was ask for forgiveness, and people around them declined to turn them over to the authorities. Consequently, many murderers are still walking free.

Patria tells the story of three decades in the lives of two Basque families destroyed by armed conflict. The announcement in 2011 that ETA is disbanding inspired a widow named Bittori (played by Lena Irureta) to return to her hometown of San Sebastian. Bittori had to flee her home after the murder of her husband Txato (played by José Ramón Soroiz), a Basque businessman.

Her return opens a lot of old wounds, especially with her former friends Miren (played by Ane Gabarain) and her husband Joxian (Mikel Laskurain). The two families were very close until ETA targeted one of them. Miren wants answers, but not because of a sense of ideological vindictiveness. She just wants to know if Joxe Mari (Jon Olivares), her friend’s son, was the one who murdered her husband. She knows he’s in jail, but she doesn’t know what his role was in the crime.

A story of the past and present

As the series progresses, there are flashbacks to the story of the friendship between the two families. You quickly learn that there are events that mark a before and after in their relationship. The need to take a stance on family, geographical, and political issues eventually destroy even the strongest emotional ties.

The show returns many times to Txato’s death and shows the scene from different perspectives. It shows how ETA extorted people and called them out and how that fear and lack of respect affected relationships.

Patria is honest about the pain that the victims’ families experience, but it doesn’t shy away from the challenge of being honest about who they were and why they are the way they are.

Patria, the series: when resentment rules, there can be no progress

The series shows the emotional destruction that wreaks havoc on the families touched by ETA. The fact that ETA turned in their weapons, for example, didn’t mean that there weren’t people who believed that murder was the only way to achieve their goal. As we mentioned, the series tries to give the viewer a sense of the tragedy surrounding the conflict.

Without trying to exonerate the terrorists in any way, it portrays the transformation of a young Basque nationalist who joins the group with a friend because it seems adventurous and exciting. What starts out as a lark, however, turns into a personal hell. The narrative is sometimes so even-handed that it seems – or is, depending on who you ask – too kind to those who murdered people at point-blank range after kidnapping them and killed children.

Gabilondo takes the viewer inside the life of a small community and shows what it’s like to live under threat. He tracks the progression of a lifelong friendship between two families as it degrades into hate. You watch as political ideology transforms them and dehumanizes their relationships.

In Patria, there’s no place for superficial ideas or emotions

Especially heartbreaking is the role of Miren, a mother who seems to only feel resentment towards her son, but no compassion. Her antithesis is her daughter Arantxa (Loreto Mauleon) who is brave enough to do the only truly revolutionary thing and recognize the humanity in others. She fights for the good in people, even though she’s suffered so much herself. Arantxa is a tiny flame of hope flickering in the darkness that is Patria.

In conclusion, the series focuses less on what we believe and more on who we are: little pieces of history determined by a context that sometimes brings out the worst. The series also inspires questions, such as how so many people could support or embrace terrorism. How can an ideology blind someone so much that they can threaten, kidnap, or murder other people? Why do we still not know the identity of the murderers who went free? Why haven’t those who committed such atrocities apologized for what they did?

The Psychology of Resentment: What Do Resentful People Hide?
Resentful people tend to hold on to triggering events and feelings of pain, anger, and anguish. This deeply affects their daily lives. Learn more with us! Read more »
Link copied!
Interesting Articles
Cinema, Television, and Psychology
Timeless: Wanting to Change the Past

Cinema, Television, and Psychology
Gaslighting Phrases that Make You Question Your Sanity

The gaslighting phrases listed in this article can definitely make a person question their sanity. However, they're not written in…