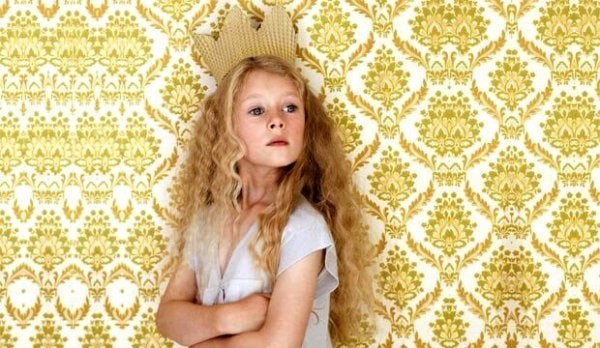 Many parents think that their child is the cutest and smartest. Theirs is the the one who gets the best grades, and does everything well… This is natural. After all, we are all essentially special and unique. Nevertheless, constantly calling attention only to what children do well, and ignoring their mistakes, can turn them into little narcissists.

“Not too much or too little” would be a good saying to apply in this case. Some parents give their children only negative reinforcement, which negatively affects their self-esteem. It makes children feel insufficient and worthless. Other parents choose positive reinforcement, but completely ignore the negative. Both extremes have detrimental consequences. Let’s see how children can become little narcissists.

“A narcissistic child grows into an adult with an exaggerated admiration for himself. He will impose his needs on others and expect others to praise and worship him.”

What do little narcissists feed off of?

We aren’t saying that it’s bad to praise children. Of course it’s important to let them know when they are doing well. “Look how well you did that exercise,” “thanks for cleaning the table so well,” or “you behaved wonderfully.” However, we also know that kids aren’t perfect. They make mistakes and they do bad things.

Little narcissists are all around us. Narcissistic children feed off constant praise. Another factor is when their parents satisfy their every whim. Their parents might even defend them when they are wrong, or blame other people so that their children aren’t responsible for whatever happened.

It’s not good for children to learn how to avoid responsibility. They will grow up thinking that only other people make mistakes and other people should bear the consequences of their actions. In the long term, they will become frustrated when they realize that’s not how relationships work. It will be difficult for them when they realize the world doesn’t revolve around them.

Learning to be responsible is crucial if we want a child to grow into a healthy adult.

If a child grows up thinking that she can do no wrong, and only other people make mistakes, she will believe she is perfect. Why should she make an effort? Why act any other way? On the contrary, she will keep demanding things from others. She will point fingers at others and impose her tyranny on others.

A lack of limits and excessive praise, can create little narcissists over time. Many parents believe that it’s good not to call attention to their children’s mistakes. In reality, they are preventing them from emotionally maturing. When these children get older, they will have a lot of problems relating to others. They will also have trouble with self-esteem.

When parents overestimate their children, they are putting a veil over their eyes. It prevents them from being critical. Suppose one child pushes another child and the parents are there. Instead of telling the child that they did something bad, and to say sorry, they tell them that the other child is to blame. In that case, the child’s ego grows. But that’s not the worst part. In the future, the child won’t be able to recognize their mistakes or accept that they are wrong.

There is a difference between not constantly praising children, and telling them that they are doing well and are valued. Building healthy self-esteem is always possible. The key is in finding balance.

Children must feel accepted just as they are so as not to become little narcissists.. It doesn’t matter if they display some behavior more acceptable than others. Parents shouldn’t think that telling their children what they’ve done wrong will always make them feel sad and unloved. From an early age, we have to show them what it means to love unconditionally.

It is crucial to let children know that they are loved. Communicate to them that being angry or bothered doesn’t mean that their parents don’t love them anymore. It’s also important to educate them about equality. Teach them that they aren’t better or worse than other people. Instill the idea that we are all the same, but with different qualities and strengths.

In addition, it’s important to teach them that everything takes time and effort. That is especially crucial when they are behaving in a demanding way.

But it is still important to remember that children aren’t perfect, as much as their parents would like to think so. They also make mistakes, and have to learn to take responsibility for them. If parents don’t give them a chance to learn that lesson, they won’t be doing them any favors. On the contrary, they will be causing significant harm.

3 Behavioral Techniques for Parenting: Reinforcement, Punishment, and Extinction
When it comes to parenting, sometimes we don't really know how to stop inappropriate behavior. But behavioral techniques can help us to control these and other behaviors. Read more »
Link copied!
Interesting Articles
Psychology
What's the Difference Between Clinical Psychology and Neuropsychology?

Psychology
The Qualities of a Good Teacher