Read this article to learn all about parametric tests! 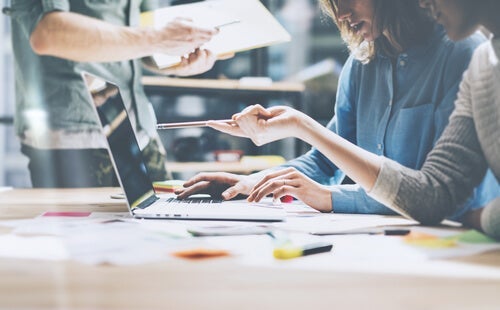 Parametric tests are statistical significance tests that quantify the association or independence between a quantitative variable and a categorical variable (1). Remember that a categorical variable is one that divides individuals into groups. However, this type of test requires certain prerequisites for its application. What are they?

For example, let’s say that you want to compare two groups. To check whether you can apply parametric tests, you’ll first have to check whether the distribution of the groups in the quantitative variable is normal.

In addition, you’ll also have to check the homogeneity of variances in the populations from which the groups are drawn. Finally, the number of subjects, called “n” in statistics, will have to be greater than 30 per group. The results of the hypothesis testing are more valid by the fact that the groups are balanced.

Conditions for their application

There are many investigations that have to determine how things are related. This means that they need to know whether the variables relate to each other or not. In any case, we need to know a few things before applying the tests. Therefore, the requirements to be able to use these parametric tests are:

The study variable has to be numerical for parametric tests

That is, the dependent variable must be measured on a scale that’s at least interval. It’s even better if it’s a ratio scale.

Basically, the values of the dependent variable should follow a normal distribution. This should occur, at least, in the population belonging to the sample.

The normal or Gaussian distribution (due to the Gaussian bell) is the best-studied theoretical distribution. What’s more, it owes its importance mainly to the frequency with which different variables associated with natural and everyday phenomena approximately follow this distribution. Some examples, such as weight or psychological traits such as IQ, are examples of variables that researchers assume follow a normal distribution.

Homoscedasticity (homogeneity of variances) between the two compared groups

The “n” is the size of the population. In this case, the sample population size can’t be less than 30, and it’ll be better the closer it is to the “n” of the whole population.

Depending on the contrast, there are two different tests possible:

The one sample t-test is concerned with testing whether the mean of a population differs significantly from a given known or hypothesized value. Therefore, the test calculates descriptive statistics for the contrast variables together with the t-test.

This test is another alternative for contrasting two means. It mainly refers to the case in which the two populations aren’t independent. In this case, you’re dealing with populations that are related to each other. This situation occurs, for example, when experts observe a group of individuals before and after a given intervention.

The ANOVA test for more than two independent samples

In the case of comparing more than two samples, we’ll have to resort to analysis of variance or ANOVA. This is a statistical test that simultaneously compares the means of more than two populations.

These Jane Goodall quotes have a wonderful purpose: to restore human beings' respect towards nature. One of her goals has always…

Depression is a multi-factorial condition. This means that its appearance and the impact it has on the life of the…

Culture
Organizing Your Closet to Organize Your Mind

Everyone knows the terrifying, exhausting, time-consuming task that is cleaning out your closet. Organizing, categorizing, and reordering objects and clothing…