According to some statistics, the number of people with mental health disorders has risen at an alarming rate in recent years. However, many people think that it's not that we have more patients suffering from mental health issues, but rather that more people are being diagnosed. The consequence is that more individuals are receiving medication for conditions that aren't clinically significant. 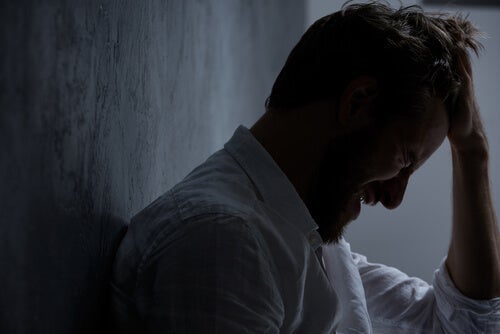 The phenomenon of overdiagnosis in mental health is due to the tendency to label certain behaviors pathological, even when they aren’t. Overdiagnosis is common in the field of psychiatry. Not only does it lead to incorrect diagnoses but many people end up taking drugs when they don’t actually need them.

The subjective nature of the diagnostic process has been a problem in psychiatry for a long time. The psychiatrist is supposed to determine if a patient has a mental disorder based on their observations and inexact diagnostic instruments. Given these conditions, it’s easy to make mistakes that lead to overdiagnosis.

The most widely accepted diagnostic reference is the Diagnostic and Statistical Manual of Mental Disorders (DSM). A group of psychiatrists (mostly from the United States) design the manual. They vote to make decisions about the definition and inclusion of disorders in the manual. The first version of the manual identified 60 disorders. However, the most recent version identifies more than 500.

Is there an overdiagnosis problem in mental health?

The data indicate that overdiagnosis in mental health is a problem. If you stick to the strict definitions of the latest version of the DSM, experts indicate that 70% of the population has some kind of mental illness. Not only that but those individuals would all be candidates for drugs.

The DSM-5 includes some disorders that even mental health professionals themselves seriously question. For example, there’s a disorder in the DSM called “psychosis risk syndrome,” which consists of having characteristics that indicate a high possibility of developing psychosis in the future. This diagnosis is justification enough for medicating a drug with antipsychotics.

If you stop and think about it, nearly everyone could be diagnosed with this syndrome at some point in their lives. Haven’t you ever felt like you were “going to go insane” but didn’t? Treating a disorder that could happen in the future is absurd. It’s like prescribing a high blood pressure drug to a child with a hypertensive parent because they’re at risk of developing it at some point.

Another example is “dysfunctional personality disorder with dysphoria”. This “disorder” basically describes an unsociable, selfish, and unempathetic person. According to the DSM, someone with this “condition” is also a good candidate for medication. In reality, they just have an unpleasant personality. In the DSM-V, feeling extremely sad for more than a month after the death of a loved one is enough to be diagnosed with depression.

The difference between having a disorder and just not feeling well

The boundaries between wellness and illness in the mental health sphere is difficult to define. After all, “normal” is a very subjective concept and is related to an individual’s specific context. Also, it’s important to point out that being human will always involve a certain amount of suffering. Living is synonymous with dealing with constant uncertainty.

You’ll never have everything you desire, nor will you have a perfectly balanced life. Everyone deals with suffering because death exists and it’s a brutal imposition. No one can avoid feeling frustrated by circumstances that are out of their control and everyone is selfish or “bad” to a certain degree.

It makes sense that you’ll have times in your life when you feel sad and others that you’ll struggle with anxiety. Some psychoanalysts believe that having three episodes of psychosis over the course of your life is perfectly normal. It all depends on what’s going on around you. As we mentioned above, problems that are perfectly normal are being defined as disorders, which leads to overdiagnosis in mental health.

A different approach to disorders and suffering

Until recently, grief over the loss of a loved one was dealt with in the comfort of the individual’s immediate community. Everyone understands that a certain degree of suffering was normal and necessary. Today, however, these support networks are getting weaker.

Nowadays, it’s harder to express emotional pain, which is why people who are suffering feel alone. The idea that we’re supposed to be happy all the time puts a lot of pressure on everyone.  Many people don’t even let themselves suffer. Thus, their way to deal with these feelings is a pill prescribed by a psychiatrist.

For better or worse, medication is a way to manage individual and collective unease. Overdiagnosis is a two-pronged reality. On one hand, you have orthodox psychiatrists, who work within a very narrow scope of diagnosis and intervention. On the other hand, you have people who are suffering but refuse to understand their pain. Instead, they ask for a chemical substance to help them repress it.

Psychosocial Intervention in Mental Health
Despite the growing normalization of mental illness, psychosocial intervention remains greatly unexplored. Learn about it with us! Read more »

Recently, certain phrases have become popular that are supposed to be motivational, but are often no more than publicity slogans.…

Psychology
Educating Means Giving Options: Informing So They Can Choose

There are always a variety of issues that require our attention and concern, but we shouldn't be overtaken with worry. We must also recognize our mind needs time to be calm.…