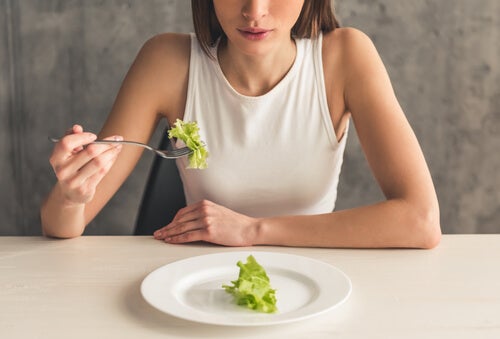 Your doctor has probably told you to eat foods low in saturated fat, cholesterol, salt and sugar. However, obsessing over every ounce of food that goes in your mouth — a disorder called orthorexia — may hide some underlying mental disorder in addition to being unhealthy.

In these cases, the most difficult thing is identifying the symptoms. People who have it usually look healthy. Therefore, it’s very difficult to tell when they cross the line that separates a good habit from a bad one. So, the question is, what is that line?

What is a healthy diet?

Eating healthy is having a complete, varied and balanced diet. There is no one food that contains all the nutrients that the body needs. This is why it is so important to include all the different food groups in our dishes (fruit, vegetables, grains, meat, etc). They’re all essential, and we need to eat the amounts that our body needs.

For this reason it’s very healthy to eat a varied diet and try to include some of everything. This way can you provide your body with the energy it needs for day-to-day life and optimal functioning.

How can healthy eating be unhealthy?

Everything in extremes can be harmful. In this case, although we may think that eating healthy is a great behavior, it turns into an obsession if your life revolves around it. Orthorexia is the name of this behavior. It was identified in 2000, though many still do not recognize it.

In this behavioral disorder, people develop extremely rigid eating habits in order to control the nutritional components of food while demonizing certain foods.

People with orthorexia may only eat organically farmed food: no GMOs, chemical substances, pesticides or herbicides. They eat only “natural” foods, without preservatives or sugar or fat.

As an example, people with orthorexia probably won’t want to eat bacon just because they can see the white pieces of fat. They may not eat a certain soup if they hear that the vegetables were not organic.

The World Health Organization (WHO) does not yet recognize it as an illness. But it has strong implications for a person’s physical and psychological well-being. Studies have shown that behind that obsessive meticulousness there usually is a mental disorder.

Eating disorders are usually progressive. Maybe at first they just stopped eating processed products. Then, if the disorder develops, little by little they will eliminate necessary nutrients from their diet, such as anything that is not organic.

They get increasingly demanding and rigid with everything related to food. They eliminate food groups and don’t usually adequately replace them with others, which in the long run translates into nutrient deficiencies. If the case is very serious and their obsession is not controlled, it is likely that they will suffer malnutrition.

As a result of not eating enough, they experience fatigue and tiredness and are more vulnerable getting sick. Their immune system is compromised because of low sodium levels, as well as reduced platelets and red and white blood cells. On top of these physiological consequences, physically they have high levels of dopamine and low serotonin, which translates into anxiety with excessive euphoria.

How can you detect an eating disorder?

Ordinarily people with orthorexia spend hours and hours planning their meals in detail. They analyze everything they ingest and avoid eating any food that has not passed their strict qualifications. In addition, if they don’t stick to their diet for any reason they often feel very guilty.

They tend to isolate themselves socially. Not knowing what is in dishes at restaurants keeps them from eating out. Therefore, in order to not feel this lack of control, they always end up cooking for themselves.

It is difficult for them to enjoy food. They focus more on the qualities of what they eat than on their smell, taste or texture. However, those who suffer from orthorexia struggle to recognize that they have a problem. Part of the reason is that a “healthy lifestyle” is socially acceptable.

The psychological profile of people with orthorexia

People most prone to developing obsessions usually have a set of very characteristic personality traits. People who tend to obsess about how much and how they eat also tend to have a high need for control in other aspects of their lives.

This obsession with control often leads to anxiety. And people cope with anxiety in very different ways: one of the most classic ways is to “attack the fridge”.

In addition, they have excessive perfectionism in all aspects of their lives (work, family, social), accompanied by high levels of anxiety. Their friends and acquaintances describe them as strict, sensitive, inflexible and very rule-abiding people.

In addition to the risks above, the truth is that orthorexia can be a gateway for other eating disorders, such as anorexia. Although they are closely related, the differences between the two are clear.

People with anorexia are afraid of gaining weight and their bodily self-concept is altered. Therefore, they are not obsessed with a food’s organic origin but rather with the amount of calories and fat it contains.

Maintaining a healthy diet is good for you; that’s true. It can keep you at a healthy weight for your height, control your cholesterol and help prevent certain cardiovascular diseases. However, all these benefits are negated when control over food becomes an obsession. 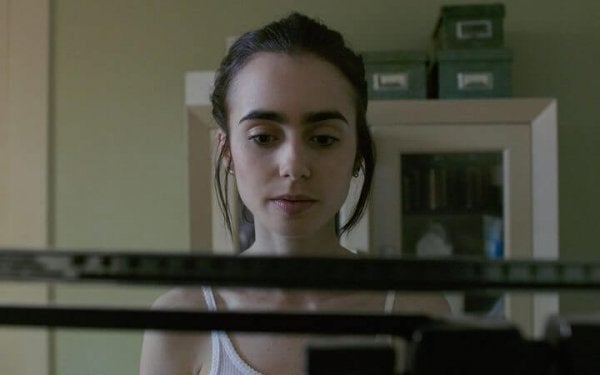 5 Movies for Understanding Anorexia
We need to raise awareness of eating disorders. What should we do when we want to make a movie about anorexia? Read more »
Interesting Articles 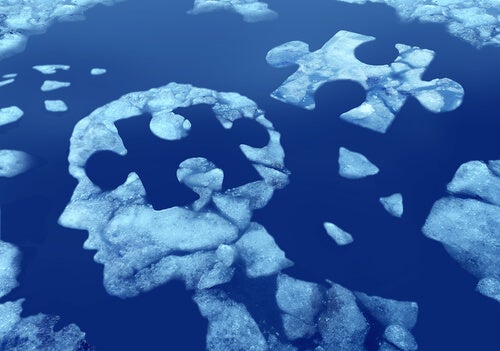 Psychology
Cognitive Psychology: What Is It and Who Founded It?

Cognitive psychology is currently one of the most influential and effective therapies used in the recovery from mental disorders. Although… 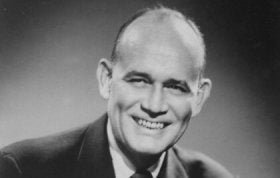 The name Hervey Cleckley may not be too familiar to you. However, we’ve all heard of psychopathy and many of… 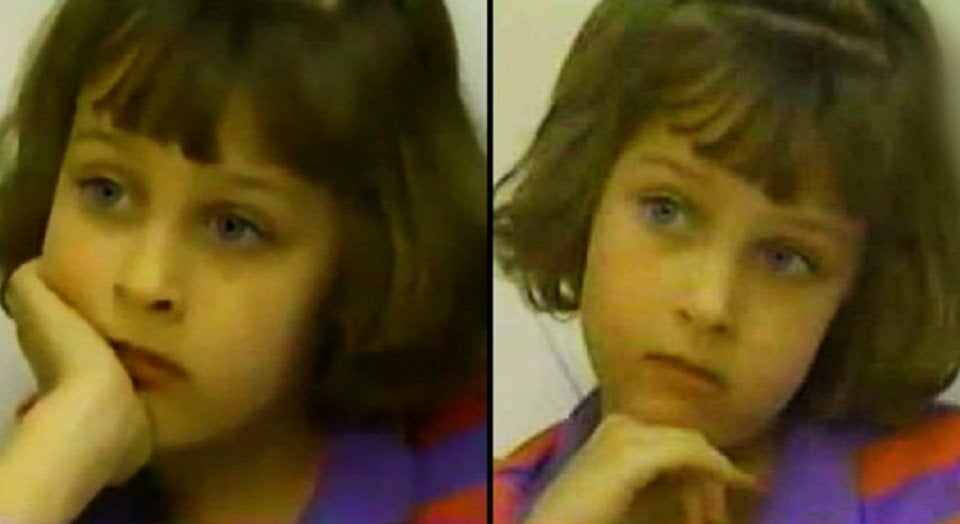 People who lived through the 80’s might remember this incredible case that reverberated around the whole world. Known as “the psychopath little girl,” young Beth Thomas terrorized her entire family. However, it started with a terrible trigger. Even today it… 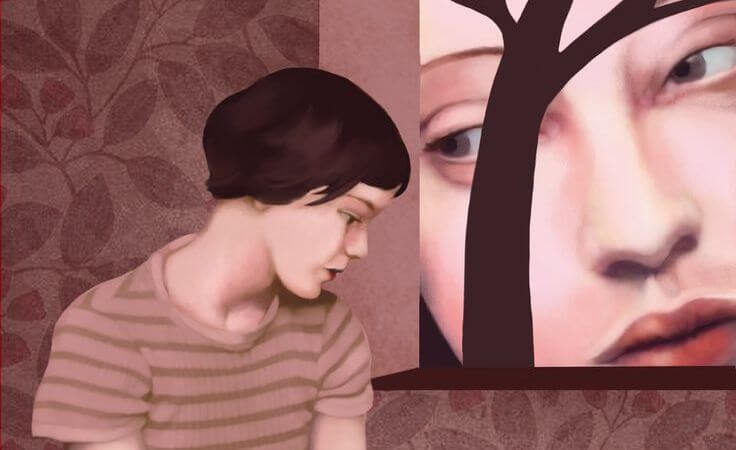 Psychology
How to Identify Psychological Abuse

Identifying abuse is easy when the abuse is physical. But, what about psychological abuse? This kind isn’t usually so obvious. It’s a silent kind of abuse that occurs between two people, while the rest of the world remains ignorant of… 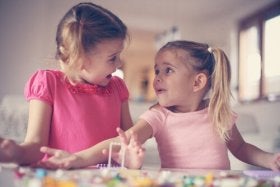 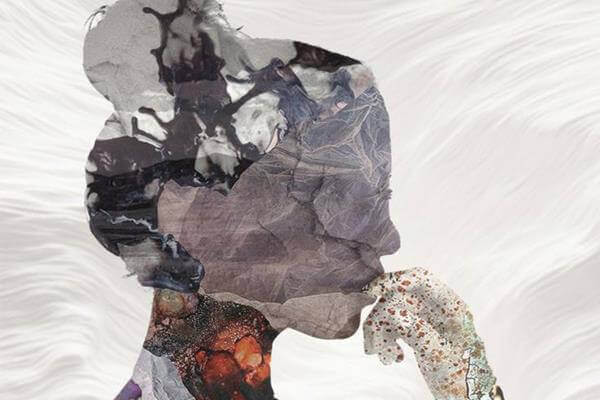 Psychology
Realistic or Pessimistic? Which One Are You?

Has anyone ever called you a pessimist? If the answer is yes, but you don’t agree and want to know…