5 of the Worst Foods for Your Brain 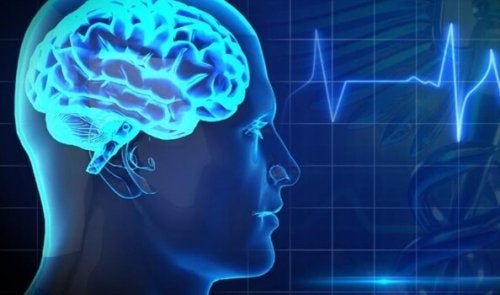 Having a healthy brain depends on many different factors. The most important two are exercise and oxygenation. But what we eat plays a very significant role as well. They either provide or take away substances that directly influence our brain function.

Natural products make up a healthy diet. Above all, a healthy diet seeks balance. Nothing is good in excess. We should avoid overly processed foods. We should especially watch out for foods with large amounts of sugar, salt, or fat.

Our mood, learning abilities, and memory are affected by the food we consume. They contain substances that can potentially affect our nervous system and brain. That’s why it is so important to watch what you eat.

Some of these harmful ingredients are in most processed food but they go unnoticed. We only see them if we read the ingredient list carefully, but their names can be long and hard to understand.

Next, we’ll list five of the worst foods for your brain if you want to keep it healthy.

1. Gluten: one of the worst foods for your brain

Gluten is a group of proteins found in many grains. Although they’re not exactly the same, we use this generic name because they have many similarities. Gluten is in varieties of wheat, barley, rye, and other similar foods.

These proteins adhere to the small intestine and cause metabolic, digestive, and immune disorders. Some people are more sensitive to gluten. Others are not very sensitive, but it still affects their bodies, even if they don’t feel it. Gluten is one of the worst foods for your brain because it affects the nervous system in general.

Sweeteners are substances that replace sugar in foods. There are some natural ones, but most of them are artificial. We know that they affect brain health. In fact, many call them “brain poison” because they cause neuronal agitation.

3. Monosodium Glutamate (MSG): one of the worst foods for your brain

MSG is in nearly all packaged and canned foods. MSG is an extremely concentrated salt. The food industry uses it as a preservative and also to improve the taste and smell of foods. Studies show that consuming MSG stimulates the production of dopamine in the brain.

Dopamine generates a momentary feeling of well-being. However, monosodium glutamate also has high levels of so-called “excitotoxins”. There is strong evidence that this substance affect brain health. Researchers link serious illnesses such as Parkinson’s, Alzheimer’s, dementia, and chronic fatigue to MSG consumption.

Scientists consider sugar one of the three “white poisons”, along with salt and refined flour. Currently, it’s one of the most commonly used ingredients in all kinds of food. Prolonged consumption of sugar can cause problems and put your brain at risk.

Refined sugar keeps a protein called BDNF from working properly. This protein carries out important functions in the nervous system. Two of those functions are protecting your memory and facilitating connections between neurons. Studies have proven that people with schizophrenia or depression get worse when they regularly eat sugar.

5. Fluoride: one of the worst foods for your brain

Fluoride is a mineral that some governments add to tap water for purity and public health reasons. Although we can’t taste it, it’s there when the water comes out of the tap.

Critics have severely questioned the use of fluoride in water. Scientists suspect that fluoride could be related to poor intellectual performance and changes in some cognitive functions.

The Fluoride Action Network (FAN) presented evidence from 34 studies that seem to corroborate this claim. Organizations like UNICEF take a stance against fluoride in water. We know that bottled water has an even higher concentration of fluoride.

The best thing to do to keep your brain healthy is to eat fresh foods. Packaged and processed foods are some of the worst foods for your brain. Not only do they have very little nutritional value, they also make us sick. It’s better to avoid them altogether.

Magnesium: Your Brain Loves it
Magnesium is an essential nutrient that we usually don't get enough of in today's world. This mineral has more than 600 metabolic functions! Read more »
Link copied!
Interesting Articles
Psychology
How To Deal with Toxic Coworkers

Psychology
Helping Cancer Patients: "The Heroes of our Time"

Cancer knocks at our door when no on expects it. The disease enters the scene everyday. It is the face of…

Logotherapy is also known as "the third Viennese School of Psychotherapy". The first psychological school was Sigmund Freud's, the second…