In this article, we'll talk about orgasmic meditation, an interesting sexual practice that you might like to try out. 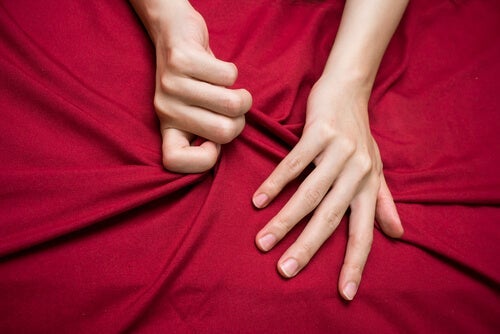 Sex is interesting to most people because they have many questions they’re embarrassed to ask about it or due to genuine curiosity. Sex is an important part of most people’s lives, and we’re constantly reminded of that in TV shows, movies, books, and news media. In spite of its prevalence, it’s a taboo subject and people often have a hard time talking about it. But some people are trying to change that with a practice called orgasmic meditation.

There’s been a recent resurgence of practices and theories that seek to help people better understand sexuality, sex, and everything they encompass. Some of them, in fact, claim to help you rediscover sexual pleasure in a more natural and primal way. One example is orgasmic meditation. Are you interested? Keep reading to find out more!

The name is a little bit misleading because the goal of orgasmic meditation is to enjoy sexual stimulation without getting hung up on climax. In that sense, it’s similar to other disciplines such as tantra. Practitioners believe that slow sex exercises help focus the mind and connect with your emotions.

The basic technique involves stimulating the upper left quadrant of the clitoris for 15 minutes. The partner receiving the stimulation focuses their attention on the sensations and pleasure they’re experiencing.

According to the directors of OneTaste, the Californian company that invented the term, this practice has many positive benefits, whether you have an orgasm or not.

Some believe that the practice of slow sex isn’t especially appealing, and others believe that OneTaste and their philosophy is like a cult. However, some people who practice orgasmic meditation say that they’ve enjoyed many benefits. Here are some of the most significant ones:

In its core, slow sex is a peculiar kind of mindfulness. When women try to experience sexual sensations in their bodies without any concrete purpose, they’re able to be fully present in the moment. This can help them relax during the practice and might also improve their overall well-being.

People who practice orgasmic meditation report lower stress levels and the ability to be connected with what’s happening in each moment.

Proponents of slow sex also claim that their level of awareness also improved significantly since they started the practice.

Women on the receiving end aren’t the only ones who experience this awareness. Their partners might also feel more connected to the present moment. That’s because they’re supposed to concentrate on their partner’s body in order to give pleasure without any specific goal. That, in and of itself, is a kind of meditation.

In addition to what we’ve already mentioned, orgasmic meditation practitioners usually report that they’re better able to connect with their partners as a result of the practice. The structure of orgasmic meditation takes away performance anxiety, which makes it possible for both partners to be vulnerable.

Women who try orgasmic meditation say they feel like their partners understand them better afterward. They also report being more comfortable with their bodies and sexuality. Men who participate say they’re able to connect more strongly with their emotions. That’s because they have to be open to their own and their partner’s feelings during the session.

Is slow sex worth a try?

While reading this article, you’ve probably experienced a range of emotions. They might include surprise, incredulity, and maybe even disgust. The idea of sexually stimulating another person for 15 minutes without trying to make them orgasm does sound strange at first.

However, you should consider trying it out. At the end of the day, you’re the only person who can (or should) make decisions about your sexuality.

Slow sex isn’t for everyone. But if you’re interested in learning more about this practice, we recommend doing your own research and talking to your partner.

People who suffer from postcoital dysphoria (often called "post-sex blues") feel incredibly sad after having sex. Their sadness might last…

When we get into the subject of sexual desire, a number of stereotypical categories arise. But what characterizes sexual desire?…

Most people are familiar with the virginity myth. You may have also heard the expression "being a virgin". It's an…

Sex
The Effects of Pornography on a Relationship

Have you ever watched pornography? What do you think the effects of pornography on a relationship are? Do you think…