Post-truth has turned fake news into something people rely on to make important decisions. In this article, learn all about Chomsky's risk assessment. 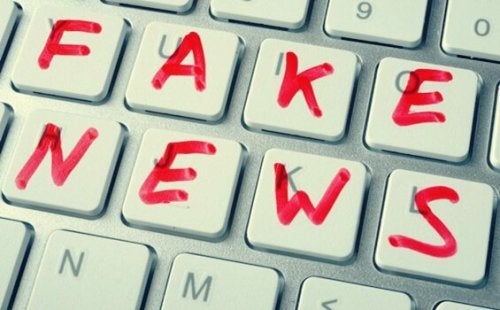 Post-truth is a new name for an old friend: propaganda. Propaganda has always been a way to create half-truths that don’t really relate to facts, but that end up being believed by more than a few because they’re constantly repeated.

“All over the place, from the popular culture to the propaganda system, there’s constant pressure to make people feel that they’re helpless, that the only role they can have is to ratify decisions and to consume.”

According to Chomsky, quality of life has diminished in the last couple of decades due to the United States and the United Kingdom’s neoliberal politics. The truth is that many people experience a mix of anger and fear that ends up turning into distrust and escapism.

The recent immigration surplus has increased feelings of hate, xenophobia, vengeance, and frustration about living conditions. Consequently, the closer those “truths” are to the current feeling, the more widely accepted they become. People want to believe anything that satisfies them instead of trusting evidence and facts.

“People will believe anything if it means they can go on with their lives and not have to think too hard about it.”

Prejudice has been a force of nature since the beginning of time. This is why Galileo was forced to retract his ideas, for example. However, in our current era, this has taken a whole new dimension due to the power of mass media and social media.

Fake news can go viral in seconds. There are many tools to make them seem accurate. There are also ways to fake images or soundbites. This leads to the “if everybody is saying it, then it must be true” effect.

To Noam Chomsky, post-truth isn’t limited to politics. There are many other distorted realities related to economics, psychology, and lifestyles. Regarding economics, Chomsky claims that all consumers are being systematically cheated.

Take cars, for example. When you’re about to buy a car, do you look for information on it? What’s the car really like? Are there independent sources that can certify what the car is really like?

Chomsky believes that people feel lonely and helpless nowadays. Thus, there are psychological ideologies that promote individualism. Now, your problems are only yours. They’re seen as private matters that each of us has to deal with alone.

At this moment in time, you need to pay attention to the philosophies of yore. Don’t rely so much on the Internet and any information you come across. Each of us has the responsibility to suspect new ideas and stop mediocrity from going viral.

Framing Theory and Media Manipulation
Framing theory is about how we create frameworks for our belief, that don't necessarily line up with the full picture. Keep reading to learn more! Read more »
Link copied!
Interesting Articles
Biographies
Picasso, a Biography of the Father of Cubism

Culture
Do you Know what Delirium really is?

During the seventeenth century, the concept of madness was based on delusions more than anything else. Therefore, "being crazy" was…

Culture
Disconnecting Yourself from the World

Disconnecting yourself is one of the keys to happiness. Life demands too much from us. Society doesn't want us to…

Culture
AIDS Doesn't Have a Cure, but Discrimination Does