Night Owls: The Charm Of Nighttime 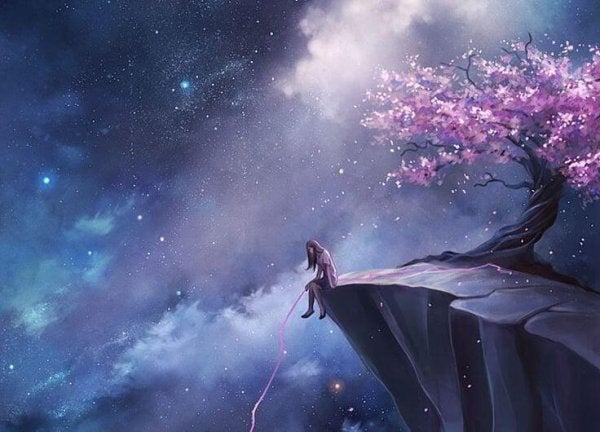 It’s considered “normal” when a person gets up early to start their daily routine and goes to sleep at night. However, it’s becoming more and more frequent to find people who prefer to do the opposite: sleep during the day and stay awake at night.

There are two kinds of night owls: the ones who can’t sleep before midnight and the ones who only close their eyes when they see the sun coming up.

Generally it’s just an issue of preference. It’s not that their obligated to stay awake, but rather that they find themselves more inspired, energetic or creative during night hours. They’re usually called “night owls” or “nyctophiles” and there have been numerous rumors weaved around this concept.

Within the group of famous night owls we can find Barack Obama, Winston Churchill, artists like Marcel Proust and Kafka, and even criminals like Jack “The Ripper” and Adolf Hitler.

“Night is the other half of life, and the better half.”
-Johann Wolfgang Goethe-

The unique charm of nighttime

Nighttime is full of magic and as proof of this, we have an innumerable number of poems written for the moon, the stars and the night. It’s also a natural setting for mystery and love.

From day to night, without a doubt, there’s a very strong change in pace. While the day is full of energy, noise and chaos, the night makes way for silence, peace and solitude.

Why is it that some people prefer the night? It could really be for many reasons. The peacefulness of nighttime makes high-concentration work much easier to accomplish. Because there are fewer stimulants and distractions, one is able to work with virtually no interruptions.

The silence and less frantic rhythm of the night hours also makes it easier for you to connect with your inner-self. That’s why so many artists and musicians are night owls.

However, it’s not always positive reasons that lead a person to love the night. Many struggle with insomnia, in which the person suffers a form of anxiety that prevents them from being able to sleep, no matter how hard they try.

There’s also the case of those who have great difficulty adapting to their social surroundings. The night turns into their escape route from real life.

In that case, the night isn’t a source of peace, but instead a bubble in which the person chooses to hide to protect themselves from the duties and obligations of daily life. For one reason or another, they feel incapable of facing life, so they hide in the shadows instead.

There are myths and theories surrounding night owls, and there have also been quite a few studies conducted on the subject as well. For example, it’s said that night owls are smarter than most people.

This statement was originally derived from the large number of artists, intellectuals and famous figures that have been in love with the charm of the night.

A study performed at Universidad del Sagrado Corazón in Milan, Italy, indicates that night owls tend to be more creative. Their unconventional way of life influences their original way of seeing things.

Meanwhile, Universidad de Madrid also did a study on thousands of teenagers, both nocturnal and diurnal. They concluded that the night owls presented a higher intelligence quotient, and that daytime lovers performed better in the academic aspects.

Nonetheless, Dr. Peter Jonason, psychologist from the University of Western Sydney, pointed out that night owls are more likely to have what he calls the “dark triad personality.”

This is a set of personality traits, among which we find narcissism, Machiavellianism and psychopathic tendencies. In other words, in Dr. Jonason’s opinion, night owls are conspirators and of manipulative essence.

From a biological viewpoint, a study published in the Journal of Clinical Endocrinology & Metabolism indicates that night owls are more likely to develop diabetes.

Apparently, the habit of sleeping during the day increases your cholesterol, triglycerides and overall body fat percentage. The lack of sunlight could also contribute to an organic difficulty to keep calcium levels up in our bones.

Nevertheless, night owls feel like a fish in water when the shadows appear. In the early morning hours, people have made major decisions for humanity and have created wonderful works of art. Night, with its own charm, has its own inhabitants.

Culture
The Addict's Brain: Anatomy of Compulsion and Need

People often say that there are between three and five people or forces going on in the addict's brain. There's…

The Japanese 5S method is composed of five basic principles that can improve our quality of life. Said principles are…