Neuroplasticity and Post-Traumatic Stress: Can the Brain Overcome Trauma? 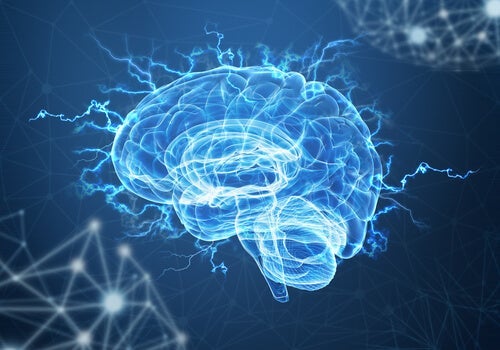 Trauma is the cause of many emotional and mental problems. People often live their entire lives in the shadow of a traumatic experience. They can even pass it on to subsequent generations through behavior that’s shaped by their post-traumatic stress. However, luckily, there’s hope for healing. In today’s article, we’ll talk about the link between neuroplasticity and post-traumatic stress.

The word “trauma” isn’t always well-understood. Sometimes, people minimize it. Other times, they overuse it. First of all, post-traumatic stress is precisely what often helps identify trauma. Secondly, it doesn’t always occur due to what society considers extreme and devastating experiences.

What makes something traumatic is how it affects an individual person and, particularly, the maladaptive effects it has on their life. Sometimes, trauma is the result of a painful event, such as the tragic death of a loved one. But trauma can also result from situations that don’t seem that serious to an outsider. For example, seeing your mother kiss a man that isn’t your father could be traumatic, especially if it happens when you’re a young child.

“Anxiety, nightmares and a nervous breakdown, there’s only so many traumas a person can withstand until they take to the streets and start screaming.”

Thus, the apparent seriousness or nature of an event isn’t what defines trauma. Instead, it’s the emotional impact it has on an individual. Sometimes, a specific event triggers trauma. However, it can also arise as a consequence of a series of related events.

The main point is that traumatic circumstances cause an emotional shock. The individual affected by trauma doesn’t have the cognitive or emotional tools to understand and process the situation. It’s completely disconcerting.

The reason why this happens is that traumatic situations are surprising. The nervous system isn’t prepared to deal with these events. Consequently, it doesn’t manage to react in an organized and coherent way to them.

All trauma causes a phenomenon known as post-traumatic stress disorder. The manifestations and intensity of this disorder depend on the severity of the experience, the person’s psychological state when the event happens, the context in which it takes place, and its recurrence.

The typical consequences of post-traumatic stress manifest themselves in four ways:

Trauma doesn’t just affect your psychological health. It also triggers a kind of reset or recalibration of your nervous system. A traumatized person’s brain changes. Their alarm system turns on and stays in a hyper-alert state until they address it directly. In some cases, it never turns off.

Therefore, post-traumatic stress leaves its mark on the brain. Advances in neuroscience have shown that the brain has incredible plasticity. In other words, it changes in response to specific stimuli. Experts in the field believe that, just as trauma changes the brain, other experiences can help it return to its normal state.

Therefore, neuroplasticity is the brain’s ability to change in response to its experience. Nowadays, several therapies focus on overcoming post-traumatic stress disorder with interventions designed to change the central nervous system.

Another expert in the field, clinical psychologist and trauma expert Alain Brunet, advocates for a four-part treatment for post-traumatic stress. The first step is remembering the event (often with simultaneous sedation). Then, the patient must write about it and read what they wrote aloud. The patient should do this once a week for five weeks.

Although you might find it hard to believe, many traumatized people aren’t even aware of their trauma or they simply don’t want to know about it because it still overwhelms them. The only reason why others know they’re suffering is due to the manifestations of post-traumatic stress disorder.

Now we know that people don’t just have to learn to live with these experiences for the rest of their lives. Neuroscience has given people a way out of this dark labyrinth.

EMDR Therapy and Mindfulness Help Heal PTSD
Today, we're going to talk about the effectiveness of EMDR therapy and mindfulness for healing trauma. These two techniques are a powerful therapeutic ally. Read more »

Culture
There's No Investment as Worthwhile as Knowledge