What Happens to Our Neurons during Sleep?

Sleeping is essential for the survival of our organism and for the functioning of our brain. So what happens to our neurons during sleep? Let's find out! 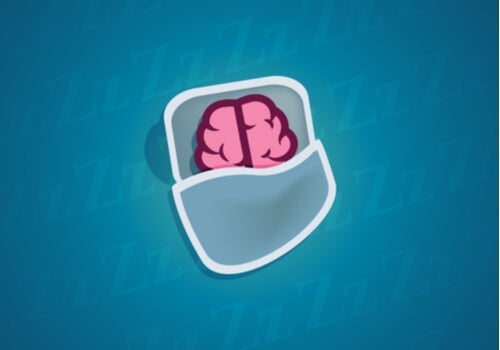 When we sleep poorly, we tend to feel tired. Not getting a good night’s sleep can have serious consequences for our health, both physically and psychologically. That’s why sleeping well is fundamental, as well as essential for every species with a nervous system. What happens to our neurons during sleep? Discover it below!

Science has shown, time and time again, that sleep is a vital function. In fact, not getting good sleep for a prolonged period of time can even be lethal.

Moreover, Nature Communications Sleep journal published an interesting study on what goes on in our neurons during sleep. It states that sleep increases the ability of chromosomes to reduce the genetic damage that occurs in neurons. In addition to this, it offers some possible explanations about the real purposes of sleep:

What Happens to Our Neurons during Sleep?

According to the study mentioned above, the damage that occurs throughout the day on the brain cells‘ DNA has an optimal moment of repair: during sleep. Thus, when we sleep, there’s a significant decrease in the amount of genetic damage in our neurons. This, in turn, reduces the possibility of cellular malfunction.

Now, there’s something important to keep in mind. Genetic damage accumulated over long periods of time can lead to the onset of neurodegenerative diseases and other neurological disorders. Therefore, it’s very important to enjoy good quality sleep.

Neuroimaging thechniques have proven that, at a molecular level, the chromosomes in nerve cells show  greater ability to compact and decompress DNA in a state of rest than during wakefulness, the time when they’re in full activity.

This peculiar dynamic of genetic material repair has been observed essentially in neurons. It depends on the time of day and, in particular, circadian rhythms. Other cell types belonging to other anatomical components don’t seem to show noticeable differences in the effectiveness of the repair.

From what we mentioned above, we can conclude that sleep, as a physiological state that promotes the repair of cell damage, is more effective as far as neurons are concerned than in relation to other systems.

That being said, from an evolutionary perspective, we could say that human beings needed a strategy to keep their neurons healthy. That strategy, as you may have guessed it, was sleep. This process was definitely the most optimal of all due to its peculiar characteristics and mechanisms.

On the other hand, the study above also found that this mechanism of damage repair can act in opposite directions. In fact, the mere phenomenon of accumulation of errors in DNA gene sequencing could promote the initiation of genetic repair mechanisms through sleep induction.

In addition to the brain’s own activity, some of the factors that can cause damage to the nucleotide chains that make up the DNA of neurons are oxidative stress, radiation, and substance use.

Moreover, there’s a clinical reality that states that severe sleep deprivation can lead to death. This has been known for centuries. Now, this reality could be based on the findings related to the defects of gene repair implied by the lack of sleep.

Undoubtedly, you should respect your sleep and wake cycles as much as possible in order to stay healthy. Remember: to sleep well is to live well.

“The best eraser in the world is a good night’s sleep.”

Neurons: What They Are and How They Work
Neurons are the basic functional unit of your nervous system. Our behaviors and perceptions have everything to do with the way neurons work and interact with its "companions." Read more »
Link copied!
Interesting Articles
Brain
Compelling Reasons Why Introverts and Extroverts Are Different