Being Near Death Makes Us Brave 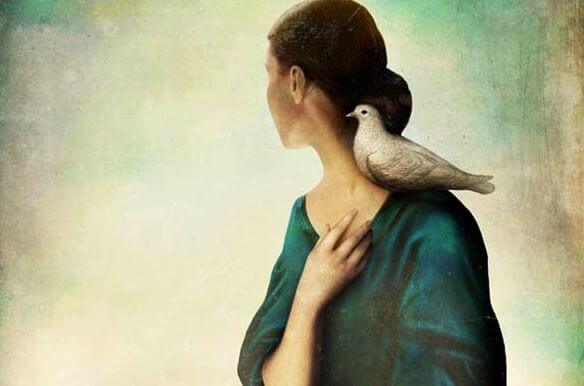 Being near death makes us brave. When our lives are in danger, our fears disappear, our doubts stop tormenting us, and we start to regret not doing the things that we left for a later time. As much as death terrifies us, it also fills us with a bravery that was previously unknown to us.

We’re aware that every minute counts, and that we should start being more mindful. But we procrastinate because we prioritize projects, work, worries, and other things that take up our time, which we don’t value enough. This happens until our lives are hanging from a string and we realize how wrong we were.

“When you feel the closeness of death, you look inside yourself and find nothing more than banality, because the living, compared to the dead, are unbearably banal.”

Take a risk, don’t be left with unfulfilled desires

You wanted to say it, but you were too afraid of rejection. The possibility of losing them made you back down. Embarrassment, doubts, telling yourself it really doesn’t matter — all this has made you wonder “what would have happened if…?” You’re left with a collection of uncertainties that will stay with you forever, that you won’t be able to shake off. The most important thing now is to prevent this pile of uncertainties from growing.

We become brave when we’re near death and we start to see these attitudes as foolish. We blame and reprimand ourselves for not having had the courage to say or do what we wanted to when the desire first arose. At this point, if we still have the time, we try to find a solution to all this. If not, the guilt starts to suffocate us.

Life teaches us to appreciate it through our experiences. But it does so in a subtle way, and the negative impact that lingers in our conscience is brief. Remember that person who was so important to you, but you didn’t really value them until you lost them? It was then that you understood what you heard so often, but never listened to: “value people when you have them, not when you lose them.”

“It’s necessary to take risks, follow certain paths, and abandon others. Nobody can make decisions without fear.”

You hide the things you so deeply want to experience behind a limiting attitude that makes you think you can’t achieve them.

The Biggest Risk Is Not Taking Any

What have you got to lose?

Maybe the closeness of death makes us brave because we have nothing more to lose. Who cares whether they say yes or no? Who cares if they reject you? In those moments, all that’s left is to try, because if the answer is positive, you’ll gain something, and if it’s negative, you won’t lose anything.

This is the attitude you should live with today, tomorrow, and forever. You’ve put up many walls in your mind due to trauma, experiences that you want to forget, and other circumstances that have made you insecure. But the thing is, right now the answer is already no. Accept that, and you don’t have to be afraid of failing. Because whatever you lose, you never had before anyway. So take the risk!

Many of the obstacles that you see are the extraordinary product of your imagination. Barriers that both the cowardly and the courageous create. The difference is that brave people face them, while cowards aggravate them by avoiding them.

Brave people shake off every limiting belief they have and don’t let anyone instill them with the fear of the unknown. We often make excuses and try to condition our future. We assume and anticipate. But if we’re aware that the future is unpredictable and that it holds many surprises in store, why do we cower away from it?

Expectations, pride, fear of ridicule, fear of failure… All this disappears when death is near. It seems incredible that the thing we’re most afraid of – the horror of disappearing, of falling into oblivion – is what makes us the bravest. This ending, which we always thought would take years to arrive, is what makes us brave when we no longer have the opportunity to be brave.

How Much You Lose Due to Fear

Link copied!
Interesting Articles
Psychology
The Psychology of Willpower: Where There's a Will, There's a Way

Sometimes our mind can be like a real prison. The thoughts themselves becoming unforgiving enemies until they let stress and anxiety devour our projects, hopes and strengths. Learning to control…