Narrative mediation is an approach based on the power of the spoken word. The goal of this method is to use personal narrative to help all of the parties involved in a conflict see the situation from a different perspective. 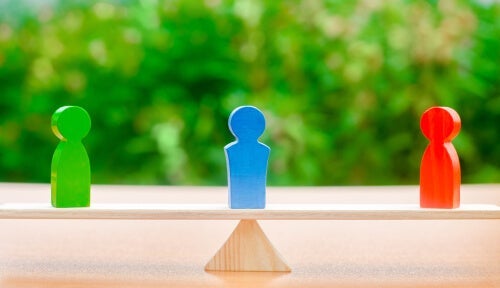 Narrative mediation is a conflict resolution technique that’s based on how people structure and describe the discrepancies or contradictions they’re immersed in. It’s important to mention that personal language reflects how an individual sees the world, which tends to give valuable clues about the true nature of a conflict.

Generally speaking, narrative mediation is useful for getting each party to express their interests and personal needs. That way, facilitators can deconstruct individual narratives in order to resolve the issue in a way that favors intrapersonal and interpersonal understanding.

Conflict resolution begins when you identify the root cause of the problem. For example, maybe you believe that you’re upset with someone because they aren’t collaborating with you. However, narrative mediation can help you discover that what’s actually bothering the other person is the way that you ask them to collaborate. This shows that, if you can encourage people to tell their side of the story and then analyze the way that they narrate their conflict, these types of details float to the surface.

The basic concepts of narrative mediation

In order to understand narrative mediation, you first have to be familiar with a few concepts that are inherent to this method:

One person’s narrative of a problematic situation is usually very different from another person’s. It often seems as if they’re talking about two completely different issues.

Narrative mediation uses many techniques to resolve conflicts. The ultimate goal is to build a common narrative that all the parties can agree on. Also, this narrative should represent everyone and lead to a unified alternate narrative. To do that, mediators can use one or several of the following techniques:

All of these techniques seek to deconstruct each party’s narrative. The goal is to make the narratives more open, flexible, and understandable for everyone involved. These techniques tend to work well in organizational contexts.

Mediation is About Listening, Not Talking
Mediators are those who work to foster understanding between people. They might be siblings fighting over their inheritance, spouses in court over the custody of their children, or neighbors who hate each other. Mediators manage to get people who can't be in the same room with each other to shake hands. Read more »

Have you ever experienced pain during sexual intercourse? It is a sexual dysfunction associated with dyspareunia. But what is dyspareunia?…