In this article, discover some of best conflict resolution techniques! 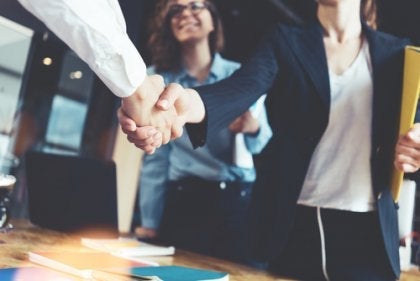 Arguments and fights are unpleasant situations, but they exist in nearly every situation in which people relate to one another. Thus, if you learn to manage conflict appropriately, it can be a great opportunity to grow and improve your relationships. For most people, conflict resolution techniques don’t come naturally, which is why it’s so important to take the time to learn about them and practice them.

In recent decades, disciplines such as psychology have taken an interest in developing these kinds of techniques. In today’s article, you’ll discover the most common ones. That way, next time you find yourself in a complicated situation, you’ll have some resources to help you effectively resolve the conflict. That being said, you still might be asking yourself if it’s really necessary to study these kinds of techniques. Isn’t it okay to just go with your gut in these situations?

Why do we need conflict resolution techniques?

As we mentioned above, disagreements are basically inevitable in most social settings. In situations where you have to get along with other people, arguments happen. Whether it’s a difference of opinion, personal stress, power dynamics, or just petty quarrels.

If you don’t deal with these problems appropriately, they can get worse or become chronic. A conflict that lasts for a long time is emotionally exhausting for everyone involved. You end up carrying that weight around wherever you go, no matter how much you claim that it doesn’t matter.

In a work setting, this type of conflict can really have an impact on the employee’s experience and often stifles motivation. At home with your family, these conflicts cause a lot of stress and tension. If you don’t have any techniques specifically designed to address these issues, the disagreements could end up alienating members of your family.

If you know how to appropriately deal with conflict, on the other hand, you can turn a potential disaster into an opportunity for growth and an interesting story to share. Understanding these conflict resolution techniques will help you improve your relationships with others. Also, it’ll help you improve your skills as a mediator when the conflict is between other people.

While there are plenty of tools for dealing with arguments, some are more effective than others. In this article, we’ll look at the following techniques:

Avoidance is one of the first conflict resolution techniques that people turn to, especially introverts. However, it’s generally one of the least effective methods. It involves simply removing yourself from a situation that’s threatening to turn into an argument, or there’s already one happening. With conflict, however, avoidance often makes the problem worse.

On the other hand, avoidance can be a useful tactic when the conflict can resolve itself and the consequences aren’t that serious. It’s also smart if you’re in a tense situation and those involved are in danger of saying things they don’t mean.

The important thing to keep in mind is that avoidance shouldn’t be your only strategy for dealing with conflict. Use it wisely. If you avoid conflict when necessary, it can certainly be a useful tool.

Accommodation involves finding common ground between the two sides of the conflict without losing an objective view of the general panorama. As polarizing as the issue might seem, the two parties probably don’t disagree on everything. A word of caution about this technique, however. It’s usually fairly easy to find common ground when you’re not emotionally involved in an argument. When things get going, however, staying so clear-headed isn’t that easy.

If you can manage to reduce the intensity of the argument and focus on commonalities, however, things will be much simpler to resolve. In fact, this strategy can help restore harmony to a group of people even if the underlying argument hasn’t been hammered out completely. Again, accommodation can’t be your only strategy, but it’s useful when your main goal is to stay polite and find something to base an agreement on.

This next method involves finding a middle ground between the needs of both parties. This tool is especially useful when everyone involved needs to win.

When people are willing to compromise, the conflict loses its intensity and you can gain some time to find a more stable solution. However, while both parties will gain something, neither party will get everything they want. Consequently, it’s possible that they’ll still be unsatisfied after the negotiations. That being said, at least you’ll be moving in the right direction. Another benefit of compromise is that both parties will be able to see how a solution actually works in reality, and not just on paper.

This is the most difficult conflict resolution technique. However, it’s also one of the most effective. It involves mediating the disagreement until both parties are able to come up with a solution. This can require a lot of time and resources, but it’s the only way to reach an agreement that both parties will be happy with.

There are, of course, many other methods and strategies for dealing with conflict. However, these four are some of the most common. Practice them and apply them to things that come up in your daily life. You’ll see how, little by little, your arguments will become less intense and less common.

How to Handle Conflicts with Humor
Read more »
Link copied!
Interesting Articles
Conflicts
People Addicted to Conflict Are at War with themselves