Mrs. Edison and Her Son, a Beautiful True Story

This true story is about the life of Mrs. Edison and her son. She was a woman who understood the importance of trusting her little one. This is because she knew that building his self-confidence was essential for his emotional and intellectual development. 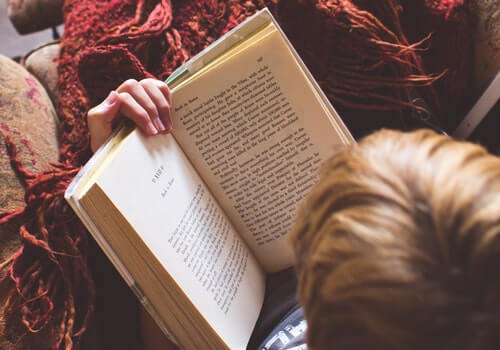 This is a true story that took place in a small town in New York State, in Chenango County. On January 4, 1810, a kind and modest couple gave birth to a lively little girl and they named her Nancy. Nancy Elliot, to be more precise. This story is about when she married and became Mrs. Edison, and also about her son.

Nancy’s father enlisted in the British Army, during the War of Independence in the United States and he stayed there for eight years. Meanwhile, Nancy’s mother made sure that she had a good education, even though that wasn’t very common at the time. This way, the girl was generally knowledgeable about various subjects.

Nancy worked as a teacher during her youth and as per the trend of the era, she married at a very young age. Her husband Samuel Edison was a Presbyterian and very attached to his religion. He wasn’t as well educated as Nancy. Still, Mr. and Mrs. Edison had a stable home.

“Fathers, sons, and daughters cry, And the sacred song is mingled With the worship in the sky— Mingles where no tempest darkens, Rainbows evermore are hurled; For the hand that rocks the cradle Is the hand that rules the world.”

The family moved to the town of Milan in Ohio. There, they lived a quiet and hasteless life busy with work. Mrs. Edison had seven children. Unfortunately, the four oldest died at a young age. This was very common at the time but still painful.

On February 11, 1847, Nancy gave birth to her seventh son. She was 37 years old and, thus, an experienced mother. Mrs. Edison already knew how to care for a newborn and how to do her best to keep them from getting sick and die as it happened with his older brothers.

The Edisons named the boy Thomas. He, like Nancy, was a rather lively child and extremely restless. He moved around a lot, always talking and asking questions. Nancy Elliot had no problem with it as she had a lot of patience due to the fact that she worked as a teacher. She simply let her son develop freely.

Mrs. Edison and her son – a true story

Mrs. Edison’s true story points out that Thomas began attending school at the age of eight. In those days, that was the usual age to begin one’s studies. The boy wasn’t a very good student. This is because he couldn’t focus on his classes and hated math. His teachers didn’t even consider that behind that restless child, was a brilliant mind.

At this point, there are two versions of the story. In the first one, Mrs. Edison’s son came home one day with a note from his teacher. He handed it to his mother and she was somewhat puzzled as she read it. She then told the boy that the note said the school no longer had anything else to teach him and that from then on she would be in charge of his education. (In reality, the note said that Thomas was expelled).

The second version says that, after reading the note, Mrs. Edison personally went to school and told the teacher off. She scolded him for his inability to understand children like Thomas and assured him that he would be fine without formal education.

It doesn’t matter which one of the two versions is true. Basically, both align with the essence of this story. Mrs. Edison didn’t allow her son to suffer the consequences of an inoperative system. Indeed, she took charge of his education. This was quite fortunate for Thomas because he received more personalized attention than other children his age.

Furthermore, Thomas grew up reading great books. In fact, his mother noticed the boy’s preference for science and provided him with readings and classes that stimulated that particular interest. Nancy died when Thomas was 24 years old. She had been admitted to a sanatorium shortly before due to a mental breakdown.

Thomas was fully aware of everything his mother had done for him by then. In fact, historians say that the inventor wrote in his diary, “Mom was the most enthusiastic advocate that any child could have, and it was exactly at that moment when I made the decision of being worthy of her and show her that she was right”.

Three Amazing Short Stories to Think About
In this article, we bring you three amazing anonymous short stories to think about. All of them aim to provide a valuable lesson. Read more »
Link copied!
Interesting Articles
Stories and Reflections
I Hope You Give Yourself the Same Opportunities You Give Others