Motherhood Loneliness - How To Cope with It

Many women experience motherhood loneliness and feel guilty and confused after the birth of their child. Although you may not know it, it's a very common feeling. 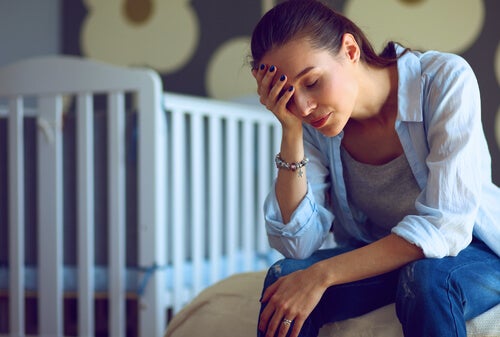 Generally, society has a pretty romantic idea about what motherhood’s about. Many people mistakenly think that the arrival of a child is the stage of greatest fulfillment for a woman. It’s supposed to be a moment of joy and fulfillment and its very presence should automatically give meaning to people’s lives. No wonder women are confused and feel guilty when they’re afflicted by motherhood loneliness!

Although motherhood is undoubtedly a beautiful and rewarding experience, not everything is so idyllic. Therefore, the less friendly side of being a mother needs more visibility. In particular, the challenges and difficulties it entails. Mainly, the feeling of loneliness that a new mother can experience during the early childhood of her offspring.

“Of all the diseases I have known, loneliness is the worst.”

A person’s life radically changes when they have a child. A mother’s body changes in more ways than just its appearance; her emotions also intensify. In addition, she often becomes unstable due to her new hormonal flow. On top of it all, add the psychological stress that the adoption of this new role can entail. It’s a role that, on many occasions, nearly eliminates the rest of the roles that make up a person’s identity.

Suddenly, it seems that a woman’s no longer a wife, a daughter, a friend, and a professional. She’s now a fulltime mother and practically alone. Her newborn needs her at all times and completely depends on her to maintain their physical and emotional integrity.

Despite the fact that a mother may have the help of her partner and the support of her relatives, in the end, she’s the one who has to spend 24 hours a day at home with her baby.

A lack of sleep, physical and emotional exhaustion, and the absence of adult company, for the most part, can make a woman dread the weight of motherhood. A weight that nobody told her about and for which she may feel tremendously guilty and invalid as a mother.

How is it possible that a woman can feel so sad, apathetic, and overwhelmed? Shouldn’t she be euphoric? Why isn’t she fulfilled by having a baby?

The feeling of loneliness is extremely common in mothers during the first years of their offspring’s life. But carrying the bulk of parenting and doing it in isolation can wreak havoc on their mood. For this reason, it’s important to inform women of the existence of this problem and provide them with the resources they need to mitigate them.

How to reduce motherhood loneliness

First of all, forget the guilt. You don’t have to feel good and fulfilled after the birth of your child at all times. All your emotions are valid, you have the right to feel and express them. However, try to understand where they’re coming from, as it’ll be the way to cope with them.

Just because you’re exhausted or lonely doesn’t mean you don’t love your child. Thus, it doesn’t mean you’re a bad mother. It’s only an alert that, perhaps, you need a break to recover part of your identity. Remember that you’re a human being of great value, with many other bright and pleasant facets, in addition to your role as a mother.

Thus, don’t be afraid to ask for help, delegate, and turn to your loved ones to partially lighten your load. Allow others to take care of household chores or help with baby care. At least so you can be free to take a bath, go for a walk, or have a chat with your friends.

The early years of a child can absorb a mother’s time and she may neglect her self-care and postpone her happiness to a later time.

Motherhood loneliness is quite common but not insurmountable. Try to connect with other adults and prioritize yourself sometimes. The last thing being a mother should make you feel like is trapped.

I Love My Children, but Hate Motherhood
They love their children. Yet motherhood or the experience of raising a child has turned out to be unsatisfactory and frustrating for many of them. Read more »
Link copied!
Interesting Articles
Family
Parents Who Control Their Adult Children

Family
The Outcome for Children of Demanding Parents

Parents want the best for the children. However, the problem lies when they become demanding parents. They don't understand that…