Tokophobia: The Irrational Fear of Pregnancy and Childbirth

Today, we're going to talk about a little-known phobia called tokophobia. People with tokophobia have an irrational fear of pregnancy and birth. It can affect both men and women, and it originates from traumatic first-person or second-person experiences. 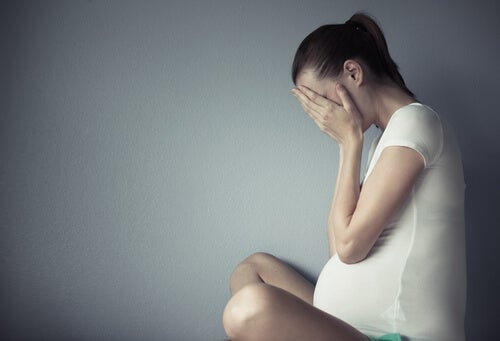 Pregnancy and birth are important events in the lives of some women. While this experience is a joyful one for many women, it can also cause extreme anxiety. Less common is a true irrational fear not just of giving birth but of getting pregnant. This is known as tokophobia.

This pathological fear leads some women to avoid having children because they’re terrified of the idea of dealing with pregnancy and birth. It’s not that they don’t want to be mothers. On the contrary, most of the women who suffer from tokophobia actually do want to be mothers. However, they opt for a C-section from the beginning to avoid vaginal birth.

The symptoms of tokophobia

Tokophobia is classified as an anxiety disorder. The most common symptoms it causes are sleep disorders, panic attacks, avoidance behavior, anxiety, and depression.

The fear of birth can have negative effects beyond the birth itself. Having an elective C-section increases the likelihood of birth trauma and can affect the mother-child bond.

The two different types of tokophobia

Experts have identified two types of tokophobia. The first, primary tokophobia, affects women who are dealing with their first childbirth and can manifest before or after getting pregnant.

This deep-seated dread of childbirth is more common in women, teens, or girls who are victims of sexual abuse. Routine medical examinations during pregnancy can trigger flashbacks from their original trauma.

Secondary tokophobia affects women who are already mothers or have been pregnant before. It’s sometimes caused by a traumatic birth experience, failed fertility treatments, miscarriage, and stillbirths.

Experts have various theories about the causes of tokophobia. One of those is hearing testimonies of other women who had painful or difficult childbirths. Another is the prior existence of disorders such as anxiety or depression.

In general, tokophobia involves an irrational fear of poor pain management, loss of control, lack of trust in the medical personnel, or exaggerated fear for the life of the mother and baby.

The lack of social support undoubtedly exacerbates the uncertainty that comes with tokophobia. Many women who suffer from the disorder are dealing with pregnancy and birth by themselves. The numbers aren’t exact, but researchers believe that between 2 to 15 percent of women suffer from tokophobia.

Surprisingly, this disorder doesn’t exclusively affect women. Many men also suffer from tokophobia. They feel deeply distressed about the uncertainty of their partner’s pregnancy and birth. They’re scared of childbirth and what could happen to their partner and future child.

Unfortunately, not a lot of research backs up the effectiveness of either of these treatments. Based on what we do know, however, it seems that patients who undergo this kind of therapy are less fearful before and after birth. Experts recommend a multidisciplinary approach that includes psychological and obstetric support.

The data we do have suggests that up to 80 percent of women experience a certain degree of anxiety and fear about pregnancy and birth. As it’s absolutely normal, this kind of fear shouldn’t be treated like a disorder.

Tokophobia affects a much smaller number of people and goes beyond the normal concerns that future parents have about bringing a child into the world.

However, if you’re suffering from irrational fears associated with tokophobia, don’t hesitate to seek professional help. They can provide the tools you need to control your symptoms and have a healthy and positive experience during pregnancy and birth.

I Want to Be a Mom, but I’m Afraid
Today, you're the only person who gets to decide if you want to be a mom or not. Until very recently, there was enormous social pressure to have children. Read more »