Minuchin's Structural Therapy and How it Can Transform Families

Minuchin, with his structural therapy, emphasizes the need to break with the equilibrium of certain systems so that these same nuclei set in motion measures that can create an improved state of stability. In this article, we delve into the therapy he proposes based on this idea. 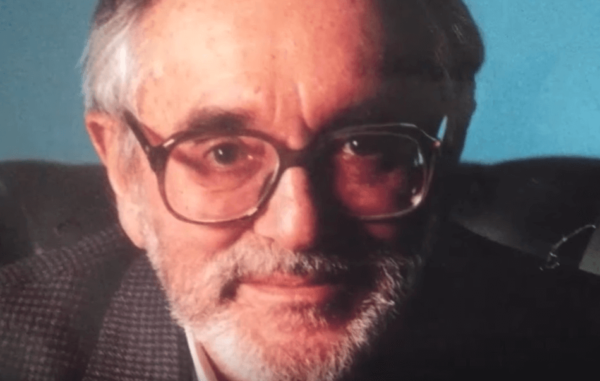 The structural school of thought fits into the systemic way of thinking. Historically, the models of this discipline were applied in family therapy, but today their scope of application has been extended. Find out all about Minuchin’s structural therapy and how it can transform a family’s dynamics.

First of all, the systemic model conceives the family as a system in which the behavior of individual members can’t be understood in isolation, independently of what the rest of the family does.

In general, we can say that it takes into account three aspects of family functioning:

In the 1970s, Salvador Minuchin founded the structural school of thought based on his dealings with mental health problems in marginalized populations. Minuchin’s main change in approach was to include the context and responsibility of each family member as an important variable.

He points out that, sometimes, the symptoms suffered by the family are the consequence of the actions of one of the family members who was responsible for maintaining family stability or homeostasis.

He understands that sometimes these measures are the origin of the problem. In addition, he also states that it may be necessary to unbalance the system so that the symptom remits. This form of therapy, although paradoxical, leads the family to learn alternative solutions and to begin to investigate other resources and paths.

The goal of Minuchin’s structural therapy

According to this structural school of thought, the symptoms the family carries with them appear when there’s a delay or some sort of stop in the family life cycle. What we mean here is that the family system is stuck and isn’t advancing. This will be a consequence of different transactional patterns that have continued over time and that aren’t functional.

The repeated patterns establish rules about how, when, and with whom they should relate. The family itself sets these patterns.

In this sense, the family system’s processes are reflected in its structure. These structures comprise hierarchies, boundaries between subsystems, and borders with the outside.

In addition to this, there are rules governing power and communication, and also alliances. These alliances are unions between individuals, and also coalitions, which are alliances between members against a third party.

If we change the rules about boundaries and hierarchies, then it’s likely that we’ll also change the patterns of interaction that maintain the current symptoms.

Therefore, the goal of this therapy is to change the way the family is organized, with all the boundaries that have been created between the family subsystems and hierarchies, and to adapt the transactional patterns to the needs of the family.

Minuchin aimed to challenge the dysfunctional structure created by the family, and which creates an imbalance. He set out to develop new patterns of interaction and, therefore, new solutions.

Minuchin establishes different stages in family therapy. He first sets out to make a diagnosis. However, contrary to other approaches, the diagnosis is about the structure of the system.

As we’ve mentioned above, the structural school of thought assumes that each member of the family has their share of the responsibility because they’re participating in the interaction, and also in the maintenance of the symptom.

After the diagnosis, we identify a first phase in which the therapist enters the system. Once inside the system, they carry out three techniques:

In the second phase, once the therapist is inside the family system, they’ll implement a series of techniques. In the challenge technique, the family will carry out a role-play of some type of dysfunctional communication pattern. The therapist asks the family to act out a family scene and the therapist gathers information, not only on what happens, but also on how it happens.

After this role-playing, they’ll carry out the focus or focalization. This technique basically tries to focus attention on a specific point of the role-play in order to highlight some important aspect of it. The therapist may say something like this: “It seems that what you have represented here is a different situation (or motive) than the one you had in mind at the beginning of the therapy“.

In addition, the therapist introduces the technique of intensification in this phase. They’ll repeat a message to the family that they consider necessary, as many times as necessary, until the family system assimilates it.

In addition to this, there are restructuring techniques whose goal is to change the system. To achieve this change, they’ll use a series of strategies. The positive redefinition of the symptom consists of an alternative relational re-reading, in order to question the definitions of the family.

In turn, tasks are prescribed to enable the family to modify certain aspects of the system. They’ll also often instruct the family to have some of the members perform a task together in order to foster new alliances.

In the final phase, the therapist will introduce “imbalance”. This is the most important part of the therapy and the part that really brings about change. The therapist sides with some members temporarily to try to unbalance the system and provoke crises.

An example of this attempt to imbalance the family could be: “Celia, you’re very intelligent, protective, loving, and always looking to unite the family. Don’t you think it’s time to stop living your children’s lives and live your own?”

Structural therapy is a very useful approach, and, as we said, it was specifically designed to encompass the entire family system. One of its most interesting points is to accept each member’s responsibility in the problem.

It’s a fairly directive therapy, which seeks to mobilize the family system in order to bring about change. To this end, it makes it clear that whether or not the family will achieve the objectives set will depend, to a great extent, on the family’s involvement in the therapy.