Paradoxical Communication: 6 Keys to Understanding it 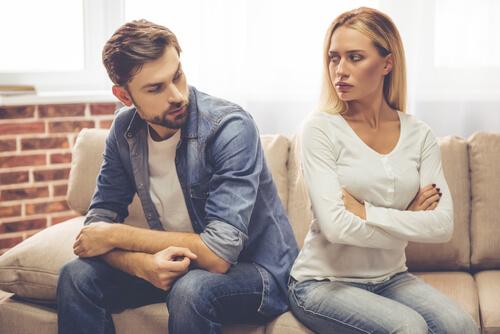 Why do we sometimes say yes when in our head there is a resounding no? Why do we prefer to stay silent and not say anything, if in fact what we want is very clear to us? What is behind this? Paradoxical communication is the reason.

Day by day we find ourselves immersed in a large number of relationships. For that reason, the basis and, at the same time, the goal of human communication is to understand each other. Is that so hard?

Yes, but no, and just the opposite

The relationship we maintain with others is determined to a large extent by the way we communicate. So, what is not said, assumptions, lies or ambiguities are not good friends with communicative clarity.

In particular, paradoxical communication is a contradiction that comes from a correct conclusion from consistent premises. Although it may seem like a puzzle, this example of a conversation between mother and daughter will help you understand it perfectly:

Although surely the mother wants her daughter to stay for dinner, her words leave the decision to her daughter. The mother thinks one thing, says the opposite and her daughter must infer that her mom wants her to stay. This causes internal conflict about acknowledging her mother’s hidden intention versus sticking to the objective words. Whatever you do will effect your mother, causing a change in the relationship. This is an example of paradoxical communication.

If the mother said what she really wanted, she would have said:

“No, it’s better if you just stay here and eat with us. You can go to the movies with your friend another day”.

Every day we run into situations like these where we are barely aware of this dynamic. It is clear that the content of the message is not the only thing that matters. There is also the intention behind it.

The paradox is characterized by ambiguity

“Tell me and then I’ll calm down”, can really mean “nothing you say or do will calm me down”. One thing and its opposite.

Paradoxical communication is based on the diversity of ways in which we can interpret the same message. We doubt the other person’s intentions and choose to interpret what they say in a way that suits us or what we think they mean.

The point is that this explanation that we construct does not have to coincide with the one that the other wants to transmit to us. Or maybe it does. This is where there is uncertainty, confusion and misunderstanding.

The more concrete we are about what we want to say, the less space we leave to ambiguity. This gives greater quality to our communication with others.

The logic behind Watzlawich’s theory of misunderstanding

Paul Watzlawick was an Austrian theoretician and psychologist who is a reference in the field of Psychotherapy. His research tried to explain why sometimes it is so difficult to understand metacommunication and so easy to do the opposite: avoid the communication. To understand it, it is good to know about his five axioms of communication:

There are two types of human communication

For Watzlawick, there are two types of language to express the same content: analog and digital.

In the previous example, the mother transmits these two types of communication to her daughter:

In the same way that the prior types of communication can match up, they can also contradict each other. Language and words do not have a double meaning by themselves. We create the double meaning.

Authors such as Bateson, Jackson, Haley and Weakland delved into this phenomenon. They talked about the existence of a double bind: the paradox made contradiction. They studied this type of paradoxical communication in patients diagnosed with schizophrenia.

With the results of their research, they tried to explain how family context and communication influences the appearance and maintenance of this illness. They defined the double bind as a sick relationship that has the following properties and characteristics:

Bateson illustrated the double bind with a very revealing example. He showed a family in which the older brother was constantly bothering his younger brother. His younger brother, on top of it all, was a shy child.

The authors concluded that the double bind is a dysfunctional and unbalanced form of communication that disorients and confuses people. The receiver does not know what to expect and this leads to a series of possible disorders and difficulties in the relationship with others and in themselves.

As we can see, we are surrounded by paradoxical communication and double bonds. For example, when we find a sign that says “do not read this,” someone who warns you “be more spontaneous” or “do not be so obedient.” All of them seek contradictory answers in relation to what they advertise.

We recommend this video excerpt. It gives examples of paradoxical communication and the double bind in the family context.

How paradoxical communication can cause conflict for couples

When problems arise in romantic relationships, the problem is usually due to lack of mutual communication. Just like with our family, we also convey contradictory messages about how we feel or what we want to our partner.

The way the husband responds to his wife is revealing. He not only assumes that his wife is indirectly asking him to pick up the room; but his answer is totally out of context and borders on rudeness.

The most better option would have been for him to ask her, “Do you want me to clean it up? Can I help you? What do you need?”. But he decides, the fruit of his beliefs and deep-seated assumptions, that her intention is to not clean it up.

What this means for the relationship

This reflects that both are not transmitting their intentions with enough clarity. In addition, paradoxical communication is not usually a one-time thing, but it has a snowball effect. It is usually dragged from conversation to conversation and can become chronic in the relationship.

In couples therapy, the therapist can see how a couple shakes with gestures and issues aggressive criticism, while disguising their hostility with a language that seems affectionate or vice versa.

Identifying the paradox helps, sometimes, to read the other, to know what they think, even if they remain silent. However, on other occasions when we are not willing to understand, it can generate very damaging consequences for the relationship and great conflicts. We insist that in order to communicate properly, the first thing we have to do is to understand ourselves.

“Your assumptions are your windows on the world. Scrub them off every once in a while, or the light won’t come in”. 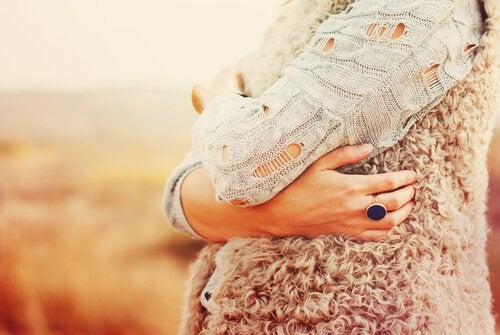 When You Say No to Others, You Say Yes to Yourself
Saying "no" or "enough" or "you're doing that incorrectly" can free us, comfort us, and make us feel better about ourselves. Read more »
Interesting Articles 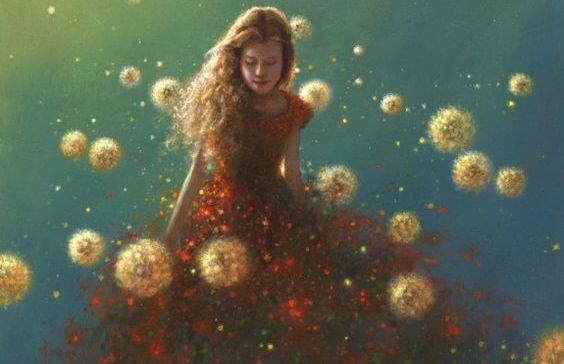 Psychology
If You Don’t Like the Effect, Don’t Provoke the Cause

If you want me to listen to you, don’t shout at me. If you want my respect, be considerate to me. Because if you don’t like the effect, you shouldn’t provoke the cause. Whether you believe it or not, you… 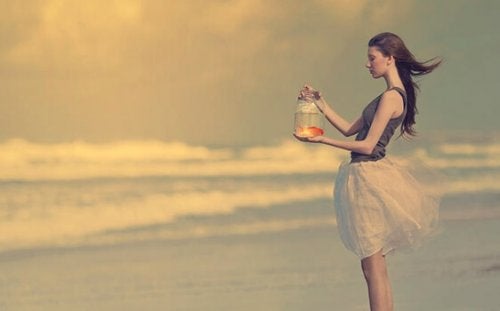 Choosing change isn’t a casual decision or something to do on a whim. Most of the time when we talk about important changes, we’re talking about an act of necessity, conviction, and, above all, courage. Sometimes we have no other… 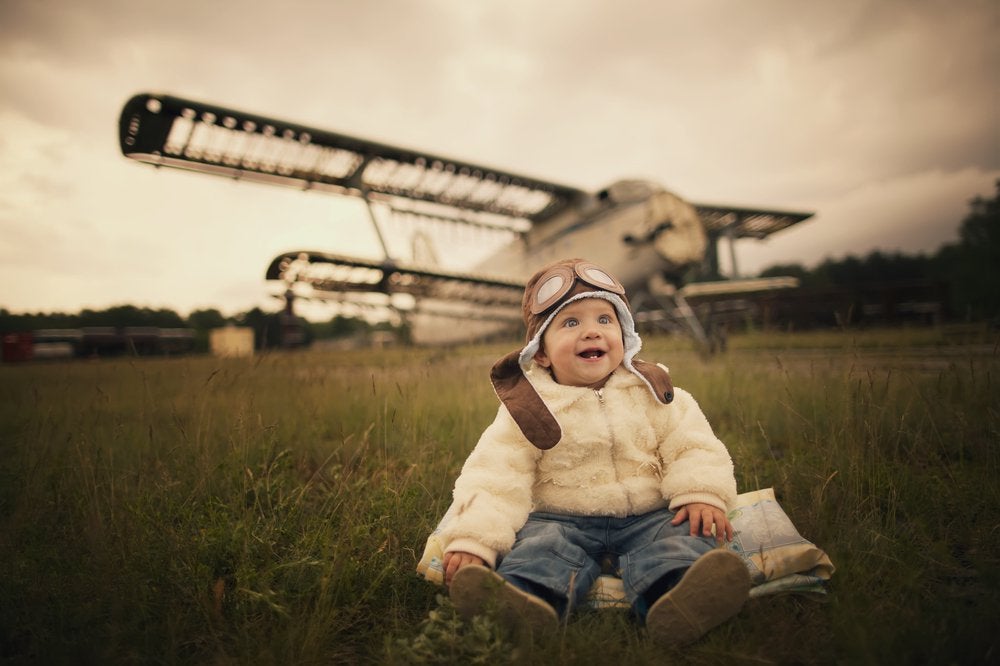 What is attitude? Can a better attitude help when facing important issues in life? Why is it so important to have a positive or good attitude? An individual’s attitude is developed from their own internal feelings and thoughts, and is inherent in… 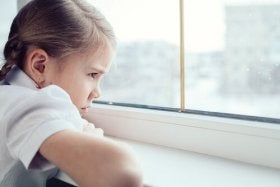 Many people fear the dark, certain animals, and natural phenomena such as storms, among other things, as children. But in most cases, those fears start to go away as they grow. However, there’s one fear that’s really hard for children… 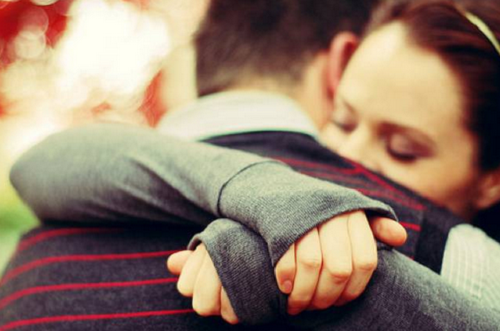 Not every friendship lasts forever and, just like with breakups, sometimes the end of a friendship can be a painful experience. Especially when it’s with a close friend who we consider an indispensable part of our lives. With our acquaintances, what… 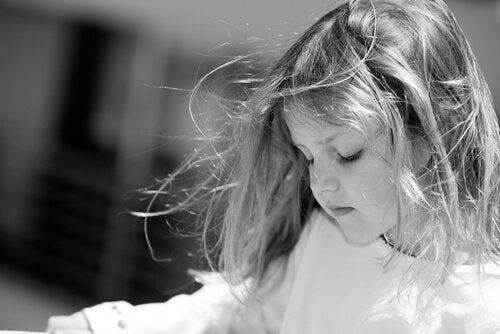