Our Minds Are Our Best Allies in Difficult Situations 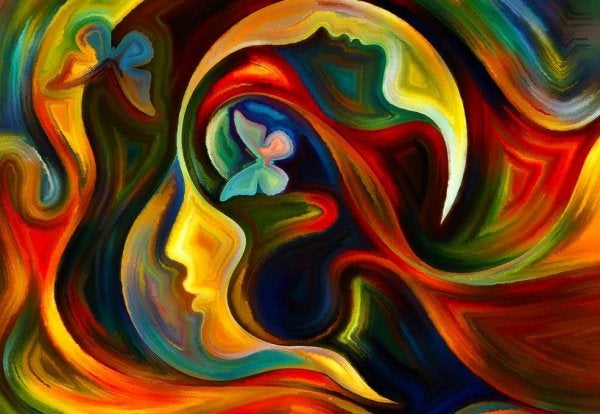 It is the most powerful asset we have, and it is found sitting atop our shoulders. We are referring to our minds, of course. Its functioning is so powerful and at the same time so peculiar, that it is the main pen with which we truly write our destiny.

A few years back, the idea that we only use 10% of its potential became popular and widespread. Later on, we saw that things were a bit more complicated than that simple headline. We are limited in some ways, such as the ability to keep your attention focused on something or short term memory. Yet, we also have at our disposal other processes that are limitless, such as our ability to imagine or learn.

Our minds seek to save resources

Thus, we’re clear on the fact that what we can do with our mind is infinite. However, if we observe the majority of our behaviors, we’ll realize that the thing that most intervenes is mental programming or routines. In some routines, a disconnection is produced between the action and the conscious part. We’re talking about doing laundry, cooking and driving down a familiar road. The action is so familiar and known that we free our minds to work with ideas which are disconnected from the present.

Furthermore, another thing happens. Our mind tends to be smart in its auto-regulation and, by default, it attempts to always work by minimizing its consumption of energy.

Let’s think about our ancestors and how difficult it is to access certain types of essential nutrients. You might think, why did they need efficient brains if they spent all day hunting and running after prey? Well, it has been proven, for example, that the best athletes share a trait in common: their cerebral oxygenation during long and intense efforts is greater.

We must be clear on the fact that our mind doesn’t like to waste energy. It is afraid it will be left without any, and many of the activities we do are performed on “autopilot”. Then, we’ll understand that maybe we don’t use just 10% of our capacity. But, it is true that there is a big part that we don’t use. Finding an exact percentage is not important. What’s truly important is knowing the repercussions of this.

The part of our mind that we don’t use -theoretically, but there are always exceptions- has to do with creativity and the search for novel solutions. Our resistance to change can be explained by that fact that it goes against the economizing tendency of the brain. Maybe our way of doing things isn’t the best, but changing the one we have for a new one definitely implies, apart from uncertainty, an additional energy expense.

Why is ingenuity important?

Let’s take a trip to the Middle Ages and attend the trial of a defendant. In this trial, the judge will want to condemn the accused at all costs. But, he won’t want his attitude to be noticed. So, he proposes to the defendant to leave it up to luck. Supposedly, he will introduce two identical envelopes into a box. One will contain a paper with the word innocent and the other with the word guilty.

Of course, the judge wrote guilty on both. Of course, the accused assumed as much, because he had been quarreling with this judge for years. What do you think the defendant did? He could have ratted him out, but if his hypothesis turned out to be uncertain, he would be condemned. On the other hand, if it was true, they would probably fire the judge. But nothing could assure him that the next one would be better.

Well what he did was eat one of the two envelopes. He then said that they could know what the one he chose said by reading the one that was left in the box, because it would say the opposite. Of course, the one in the box said guilty. Thus, he was freed, which the judge loathed.

Back to the present, we can’t forget that we all have a tool similar to the intelligent defendant. Plus, we can use it to save or improve our lives. We are talking about our minds. It’s true that we can’t control everything. But it is also true that oftentimes our control goes beyond the limits we assume it has. Thus, in this difference between guessing and reality, between ingenuity and repetition, that’s where our true potential lies.

Toxic people, bad experiences, and adversity are not the only causes of unhappiness. It comes from ourselves much more often…

Speaking about motherhood negatively is still a taboo. Despite this fact, the sociologist Orna Donath wanted to investigate opinions about…

Everybody carries an emotional backpack that holds the weight of certain life experiences. The content includes memories and experiences of different…

Psychology
High Sensitivity: Defenseless in a World of Pins

High sensitivity is considered a gift, a special and very intense way of seeing and understanding our surroundings on the…