Spatial Orientation: The GPS of the Brain 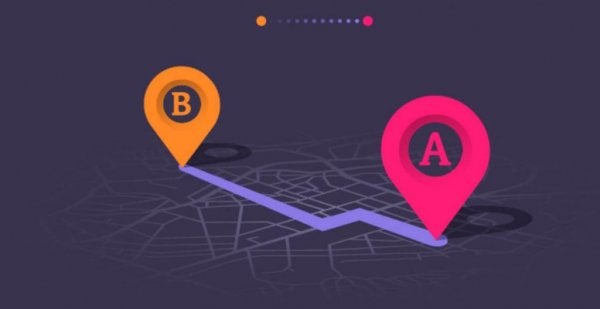 You might be one of those people who gets lost no matter how many navigation systems you’re using. Or maybe you’re the other extreme, and you can repeat a route in an unknown city after following someone just one time. And you can do it without a GPS, or any kind of map for that matter.

Most people don’t fall on one extreme or the other, but rather are somewhere in middle of the spectrum. There’s also the actual place you are on the spectrum, and the place you think you are. People are both arrogant and modest in this regard.

What we’re going to do in this article is try to provide a little framework to understand the brain structures involved in spatial orientation, sort of like a mental GPS.

London cabbies and their mental GPS

We’ll start by making it clear that the brain isn’t made of modeling clay, but it does enjoy one of the properties of this entertaining material: plasticity. Neuroplasticity is the capacity of the brain to adapt functionally and structurally to the demands of the environment. One of these adaptations occurs when we exercise our spatial skills by using our mental GPS.

If you’re traveling continuously and passing through new cities, your brain will recognize that spatial orientation is important for your survival, and will utilize a small section dedicated solely to wandering around.

So now let’s get to the cab drivers in the city of red telephone booths. These cabbies are famous in psychology for the classic study done by Eleanor Maguire, a professor from University College London. The taxi drivers have to take a test to qualify for this position, and in the test the candidates are asked for different routes to get from one place to another.

Think of it this way: you quickly become oriented to new places because you’ve downloaded a little map into your brain that takes up space. Logically, a map of a city as big as London with so many different routes, like the ones taken by taxi drivers, must take up a lot of space.

Areas of the brain involved in spatial orientation

Having looked at the classic study of spatial orientation, now we’re going to list the areas of the brain responsible for how skilled we are at orienting ourselves. We’ll start with the prefrontal cortex. This area is responsible for controlling impulses, and it seems to not develop completely until the end of adolescence. It’s involved in orientation because it plays an important role in decision making.

The dorsal striatum is where the downloaded maps we mentioned before get stored. It coordinates with the prefrontal cortex when you’re walking through familiar places. It also stores information about time and distance. In the hippocampus, location neurons allow you to download new maps to the dorsal striatum.

The medial parietal cortex deals with direction and sense, and the entorhinal cortex situates you according to a point of reference, like where you parked your car. And then there’s the cerebellum, which tells your motor neurons to get you where your prefrontal cortex has decided to go.

Other structures participate in the process of spatial orientation as well, such as the limbic system, which gives way to anger when your partner doesn’t trust your mental GPS. But anyway, aside from these digressions, we’ve just described the structures that make up your mental GPS. We hope you enjoyed the journey and didn’t get lost!

The Brain Pathway of Pleasure

Very few people don't know what Black Friday is. This last Friday in November brings with it discounts and offers in…

Psychology
The Miracle Question Technique - What Does It Consist Of?

Psychology
Egocentric Language - What Does It Mean?

We've all seen someone talking to themselves at least once. In fact, I'm sure you've done it a few times…

Psychology
After a Disappointment, It's Hard to Follow Your Intuition

You've probably gotten upset with your intuition on many occasions after it leads you to a dead end. If you take…

The work of Carl Jung is a process of constant searching, a wonderful alchemy between Analytical Psychology, Anthropology and Philosophy which has given us such interesting concepts as "the collective…