Miguel de Cervantes had an eventful, surprising, but not overly happy life. He was the author of one of the greatest works in literature. However sadly, it wasn't recognized in his lifetime. 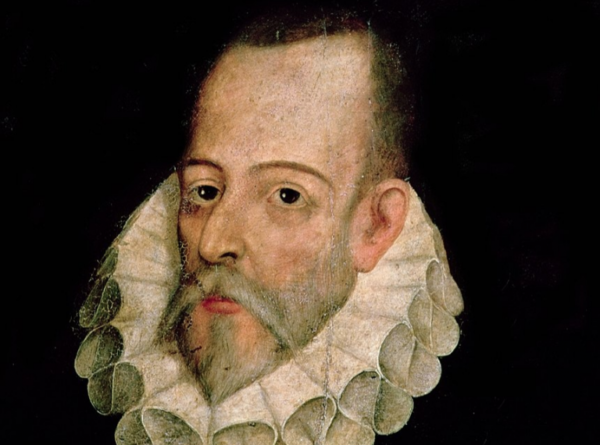 Beyond the decisive contributions he made to the structuring of the Spanish language and his impressive literary work, Miguel de Cervantes is one of the most fascinating figures in history. The life of El Manco de Lepanto (a reference to his hand injury in a battle we’ll mention later on) is as interesting as his literary creations.

His greatest work, The Ingenious Gentleman Don Quixote of La Mancha, is the second most widely read book in history. Only the Bible surpasses it. People say that Sigmund Freud learned to speak Spanish just so he could have the pleasure of reading this book in its original language. However, Miguel de Cervantes barely earned any income from this enormous contribution to world literature.

Miguel de Cervantes, like other great writers in history, didn’t complete his higher studies, nor did he have access to important teachers. Very little is really known about his life, especially about his early years. However, thousands of analyses and an incalculable amount of comments have been written about his work.

Miguel de Cervantes’ whole life was tainted by financial difficulties. People believe he was born on September 29th, 1547, in Alcalá de Henares in Madrid, Spain. He was the son of Rodrigo de Cervantes, a modest surgeon who hadn’t completed his studies either.

The family went from here to there, always looking for a better way of making a living. All of this meant that Miguel didn’t have a consistent education.

Miguel de Cervantes had a stutter. He didn’t lament his condition; on the contrary, he joked about it. He was also a great fan of the theater. He spent many evenings attending the plays of Lope de Rueda, which were very popular at that time.

Historians believe that, due to legal problems, he left Spain for Rome, where he joined the militia. This led him to participate in the Battle of Lepanto, in 1571. He was part of a Spanish naval battle against the Turks, in which he injured his left hand with an arquebus (a long gun of the time which came before the musket), rendering that limb useless.

Then, he traveled throughout Italy and became familiar with local literature.

While returning to Spain from Italy, where he had spent several years, Turkish pirates attacked the ship he was on. They captured him and sold him into slavery, along with his brother Rodrigo who had gone with him. The two lived in slavery for five years in Algiers, until his family gathered enough money to pay the ransom and sent an emissary to make the arrangements.

Shortly after returning to Spain, he married Catalina Salazar de Palacios. He also began to work in low-draft bureaucratic jobs, as his family was going through great economic hardship. From 1587, he began to serve as general commissary of supplies, a minor position that at least brought him into contact with interesting village characters.

His marriage seemed to be an unfortunate one. Miguel de Cervantes never referred to his wife in his autobiographical notes. After two years of marriage, and due to the trips that his position implied, they hardly ever saw each other.

They had no children, although he did have a daughter with a married woman. The woman in question, Ana Franca, tried to conceal it from her husband, but Cervantes acknowledged he was the father.

The last years of Cervantes’ life

Miguel de Cervantes was imprisoned in 1597, accused of having appropriated public money. It was in prison that the seed of what would become Don Quixote would start to germinate. By then, several of his plays had already been published, particularly some short novels and plays. Although his work was always well received, it didn’t bring him much financial reward.

The only image that remains of Miguel de Cervantes is the drawing he made of himself, in the prologue of the Exemplary Novels. There, he describes himself as an aged and toothless man. Therefore, the images we know today are only an approximation of his true appearance.

People say that Miguel de Cervantes died of diabetes at the age of 68, on April 23rd. In fact, he died on the 22nd and was buried on the 23rd. He requested to be buried in the convent of the Barefoot Trinitarians, as this congregation had helped him in his time of slavery. The great author was buried in a tomb without a tombstone or name. To this day, his remains have never been found.

Jorge Luis Borges: One of the Most Influential Writers of All Time
Jorge Luis Borges was an Argentine writer, essayist, and poet. We dare to say that his legacy is printed in every individual's literary DNA. Read more »

Interesting Articles
Sex
The Psychology of the Game of Seduction