Everyone would love to be more creative. Recently, it's been proven that this ability could be improved with brain stimulation. Keep reading to learn more! 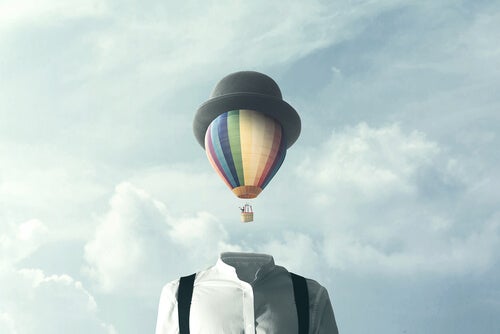 The brain has been the protagonist of the last decades. Academics from all over the world, and from different disciplines, have invested a lot of time and money in researching it. But there’s one subject, in particular, that has sparked a lot of interest among researchers and the public. Basically, they’re interested in finding out how people can make the most of their abilities, how to rehabilitate them, and even how to improve them. In this sense, one of the most innovative techniques to carry this out is brain stimulation.

This technique induces electrical currents in the brain to modify or stimulate the activity of certain areas. There are several types of stimulation, depending on the degree of invasion and the type of stimulus. Among the main ones, we have:

The power of brain stimulation

Generally, people use brain stimulation to compensate or mitigate some deficits or disorders related to brain activity. In other words, the disorders for which subjects use it usually involve abnormal patterns of activity, either due to excess or absence. You could say that brain stimulation helps regulate the firing patterns of groups of neurons in specific areas.

Likewise, professionals like to use transcranial direct current stimulation (tDCS) to rehabilitate processes related to cognitive, motor, and sensory abilities in people with dementia or who’ve suffered from strokes.

Moreover, researchers at the University of Sydney made an almost science-fiction-like discovery of this latest brain stimulation technique. In their study, they presented a group of people with a problem that consisted of joining a group of dots placed three by three using four lines.

This exercise may seem simple. However, it poses great difficulty for most people, even after giving clues and facilitating some steps. They basically realized that none of the participants were able to solve it.

However, after only 10 minutes of applying tDCS, almost half of them solved it without difficulty. Those who didn’t receive brain stimulation were still unable to solve the problem.

Therefore, we ask ourselves, is it possible for this technique to do more than rehabilitating some alterations? Is it capable of enhancing human capabilities?

Furthermore, researchers have used other transcranial electrical stimulation techniques, such as tACS, with the aim of investigating neuronal oscillations and brain functions. However, they’ve also used this technique by applying small waves to specific areas, related to motor functions, working memory, and perceptual areas.

Recently, a research group at the University of North Carolina went further on the matter. They investigated the effects of brain stimulation on creativity. This ability consists of producing innovative ideas, as well as associating old concepts with new ones. It’s also been associated with intelligence.

Moreover, North American researchers carried out creativity tests on a group of subjects both before and after applying transcranial alternating current stimulation (tACS). As a result, they saw that by increasing the power of alpha waves in the frontal cortex through transcranial stimulation, creativity also increased by 7.4%.

Without a doubt, many researchers continue to investigate the use of brain stimulation to improve cognitive skills. There’ll probably come a time when everyone can improve their memory, ability to make decisions, or attention through brain stimulation.  The question here is… would that be ethical? Would it make sense to apply brain stimulation only to become more creative?

However, there’s still a long way to go to optimize the results produced by this type of intervention. On the other hand, while progress is made with the aim of improving certain pathologies, everyone wants science to continue moving forward.

7 Enigmas of the Human Brain
We are constantly studying the human brain. However, so many mysteries remain that science still has not managed to answer. Read more »
Link copied!
Interesting Articles
Research
Neuroscience and the Consumer's Brain

What's synthetic thinking? Before getting into details, you need to remember that thoughts are the product of the mind. They…