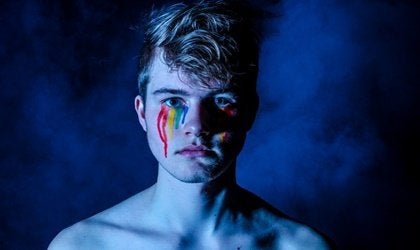 Some call them “subtleties” or “passive aggressiveness”. However, they’re actually microaggressions. They’re words or actions that have an aggressive and violent nature but not in an explicit way. For example, a person who doesn’t say “Hello” to a janitor because they think it’s a waste of time.

In most Western countries, discriminating against people due to their gender, ethnicity, economic status, or beliefs is against the law. However, many people still don’t understand why those laws exist and keep discriminating or rejecting other people based on their prejudice. To avoid the consequences of their attitudes, they use microaggressions.

“I have a dream that my four children will one day live in a nation where they will not be judged by the color of their skin, but by the content of their character.”

Sometimes people deliver microaggressions unconsciously. These are common gestures or sentences that have a violent connotation toward a person or a group of people. An example is when someone interrupts a person and doesn’t let them finish. This person obviously doesn’t do it to people they deem powerful, but rather to people who they believe are inferior.

Microaggressions or getting offended too easily?

Some think that microaggressions are no more than inoffensive expressions. They question the hypersensitivity of those who take certain comments too seriously, comments that are casual and careless according to them. At the end of the day, in social relationships, especially when it comes to jokes, there’s always a level of disrespect.

This could be true in some cases. Not every comment that appears to be sexist or racist has that connotation. It can be a freeing way of acknowledging the tension over a topic or of ridiculing certain beliefs.

The problem with microaggressions is the intention behind them. If those comments or jokes are frequent, then they’ll most likely affect the person on the receiving end.

A pinch may not hurt, but thousands of pinches will definitely do so. In this sense, microaggressions can greatly affect a person’s self-esteem, as well as their sense of dignity.

Microaggressions aren’t always words. Sometimes, through nonverbal communication, a person can convey their prejudice and discrimination toward others. In Princeton University, scientists carried out a study about it in the early 70s. The head of the study was sociologist Carl Word.

The experiment consisted of gathering a group of white and black people to supposedly select a candidate for a job. The interviewers’ attitudes towards both groups were carefully examined and scientists observed some differences between them, especially in the nonverbal field.

Interviewers treated white and black people differently, despite having to select the best candidate for a job. They sat farther away from black people and avoided eye contact more often. They were also less kind and spent less time with them. This is a clear example of microaggression.

The emotional impact of microaggressions

The same Princeton University experiment had a second phase. First, scientists made a list of the interviewers’ nonverbal signs of rejection and discrimination. Afterward, they formed a new group of job candidates.

However, this time they trained interviewers to use verbal signs of rejection with both white and black people. The result? Microaggressions affected the interviewees’ performance. They stuttered more, didn’t finish their sentences, hesitated to start talking, and seemed fearful.

With this experiment, we can see that when a person is a victim of microaggression, they’ll have poor performance and, therefore, will be likely to lose out on big opportunities. It puts them at a disadvantage and makes them believe that everyone is prejudiced.

As we mentioned before, microaggressions are sometimes unconscious. However, the targets are almost always vulnerable people or minorities. It’s not easy for people to defend themselves from microaggressions because they may go unnoticed or are too subtle.

Instead of fighting against microaggressions, we should focus on their root cause: prejudice.

5 Verbal Aggressions From Your Partner You Might Not Notice
Here we'll show you 5 verbal aggressions you might not notice your partner doing, because while the words seem harmless, that doesn't always mean they are. Read more »
Link copied!
Interesting Articles
Wellness
It's Clear That You Make Love by Talking

Wellness
Love Yourself to Love Others

Jealousy, fear, accusations, anger, complexes...how far can it go before love becomes contaminated? We wait for a certain kind of love, hoping to find one that will give us what we need. But in truth,…

Wellness
Being a Financially Dependent Adult

Whether we like it or not, money is a really important part of life. The world of finances has become…