The Meaning of Catharsis in Psychology

Catharsis is a therapeutic way to vent frustrations, negative emotions that affect our well-being, and the conflicts that keep us from moving forward. 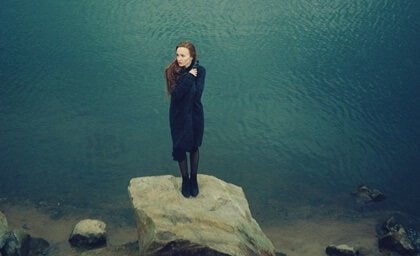 Catharsis in psychology refers to the process through which we “purge” negative emotions. It’s like opening a window to ventilate those spaces where problems have been living for a long time. It’s allowing your rage and sadness to take off from within to make room for a healthier, lighter, and more peaceful state of mind.

This term is rooted in Sigmund Freud’s psychoanalytic approach. However, it should be noted that the word itself had already had its “golden” moment with Aristotle. The Greek philosopher used this word to define the very goal of tragedy in the performing arts. In other words, he defined it as the mechanism through which we can purify ourselves emotionally, mentally, and spiritually.

Centuries later, Sigmund Freud and Joseph Breuer used the word to define what they called the “cathartic method”. It’s a therapeutic strategy to set free repressed emotions through hypnosis or even therapy. For this, it was necessary to “unlock” memories and open those little psychological traps under which we often hide our problems from the outside world.

Nowadays, this term is still used very often in many psychological contexts. Let’s delve a little deeper into this.

Catharsis in psychology: The key to the therapeutic process

Every day, we all make an effort to seem strong and invulnerable. Society and the pressure of our environment push us to do it. In fact, sometimes society doesn’t allow us to take time to process certain things, understand experiences, deal with a loss, resolve problems, and heal frustrations and disappointments.

Day after day, we swallow every single event without stopping to measure the possible damage. And we do this not only because we don’t have enough private time to heal from certain things. In reality, we don’t really know what to do with many of the things that happen to us. That is to say, no one has taught us to handle these experiences and, at the same time, we’re somewhat emotionally incompetent.

Catharsis in psychology is key in every therapeutic process. It helps us release our accumulated tension. Emotions will emerge chaotically at times, perhaps through tears, indignant rage, or sadness.

After taking the cap off the bottle to allow all our inner conflict to pour out, we can begin to analyze. Emotional purification transcends to the search for an explanation of the cause of the problem. Once you genuinely understand what’s happening, change mechanisms set in motion.

The art of purifying your emotions

A study published by Brad Bushman, Roy Baumeister, and Angela Stack in the Journal of Personality and Social Psychology revealed something that’s worth reflecting on. Catharsis in psychology is an art that you must learn to control and direct.

The study demonstrated that when we allow a person to release all their suppressed rage, it can lead to an intensification of that state of frustration instead of to relief and purification. All this makes us understand a very important aspect: getting our problems out into the world can be very painful.

The therapist or psychologist has an immense, meaningful, and essential responsibility during this stage of the therapeutic process. They must be able to manage all the emotional energy their patients release. They must welcome the emotions, break them down, and redirect. Because purifying isn’t necessarily getting rid of the bad, but instead transforming and healing.

Movies and TV as cathartic channels

Catharsis was a crucial tool for Freud, as well as other experts on the matter, such as Jacob Levy Moreno. The latter had a psychodrama technique, where the liberation of emotions takes place individually or in groups through theatrical exercises.

Nowadays, people say that many TV shows and films are cathartic channels through which a person can purge part of their conflicting emotions. According to that modern theory about catharsis, action or horror movies can help us get in touch with our fears or aggressive impulses.

Not everyone agrees with this idea. However, whether we want to or not, it’s always good to open up our inner windows to let some adverse emotions out. In the end, psychological catharsis and experts on the matter can be of great help.

What is Emotional Catharsis and Why Is It Good for Us?
Crying uncontrollably, outbursts of anger: all of this is what is known as emotional catharsis. Learn how good it can be for you. Read more »
Link copied!
Interesting Articles
Psychology
Brainspotting Therapy: A Psychotherapeutic Breakthrough

You've probably heard people say that self-love is the foundation for getting anything done in life. And it is true. Self-love…

I've always considered myself to be person who appreciated and valued what little I had, or at least I tried to…