Marie Curie doesn't need an introduction, as her name is known around the world. At a time when women barely had access to education, Marie Curie broke down all the barriers and became a pioneer in the scientific field. 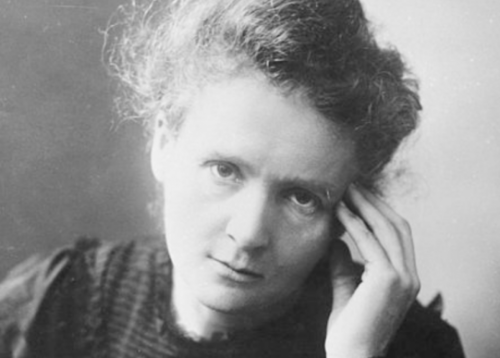 Today, Marie Curie is probably one of the best-known scientists in the world. Her research on radioactivity paved the way for countless discoveries later on. In this article, we’ll try to get to know one of the most important 20th-century scientists.

Marie Curie was born Maria Skłodowska in Poland. She was the youngest of five children. Her parents were both teachers. From an early age, Maria followed in her father’s footsteps and showed great interest in mathematics and physics.

Faced with the difficult task of enrolling in the University of Warsaw, which at the time was exclusively for men, she worked several temporary jobs. For the most part, Maria worked as a governess to earn extra money that would help finance her sister’s education. In her free time, she continued to educate herself. She began her scientific training in a chemistry lab.

In 1891, Maria moved to France and enrolled at the Sorbonne. There, she began to go by the name Marie. Since she had financial struggles, she was forced to give private lessons in the afternoons to earn some money.

In 1894, she visited Pierre Curie at the Faculty of Sciences at the University of Paris. In 1895, Pierre and Marie wed.

Marie Curie is the most famous female physicist and chemist of all time. By mid-1897, Curie already had two university degrees under her belt and published an article that talked about the magnetization of tempered steel. By the time Irene, her first daughter, was born, Curie had already become famous in the scientific and academic worlds. From that moment on, Marie Curie focused her attention on the mysterious uranium radiation that Antoine Henri Becquerel had described.

In 1904, her second daughter, Eve, was born. Through her relentless dedication and hard work, she managed to discover and purely isolate two elements: polonium and radium. She developed techniques that allowed her to isolate radioactive isotopes. Although these techniques could’ve made her very wealthy, she chose to share this knowledge for the good of humanity.

Her discoveries debunked the traditional ideas that scientists believed at the time about matter and energy. Therefore, Curie was not only responsible for theorizing about the concept of radioactivity but also for coining the term.

From 1898 to 1902, she and her husband published approximately 32 scientific articles. They gave detailed accounts of their work on radioactivity. In one of these articles, they reported that tumor-forming cells (cancer cells) were destroyed faster than healthy cells when exposed to radioactivity.

In addition to her work in the field of science, Marie Curie was responsible for the establishment of the first radiological centers in military camps. Curie’s research was crucial in the development of X-rays for patients who needed surgery.

During World War I, Marie Curie helped equip ambulances with X-rays. In fact, she accompanied these ambulances to the front line as well. The International Committee of the Red Cross appointed her as the head of radiology services. In this position, she was in charge of the training courses in these new techniques.

Despite her success, Marie continued to face strong opposition from male scientists in France. In fact, she never received significant economic benefits for her work. Inequality was the norm back then and being one of the most brilliant scientists of her time didn’t change things.

On April 19, 1906, Pierre Curie was hit by a horse-drawn vehicle and died instantly. Two weeks later, the widow took on her late husband’s position as a chair at the University of Paris.

As a result of her husband’s fatal accident, Curie was left alone with two small children and the enormous task of leading the investigation on radioactivity. In 1908, she edited the complete works of her husband and published the massive Treatise on Radioactivity in 1910.

Curie won her second Nobel Prize soon after that. Even so, Curie didn’t get the approval of the Academy of Sciences, which, once again, denied her membership.

In the late 1920s, her health began to deteriorate. Marie Curie died on July 4, 1934, of leukemia, which was caused by the radiation she was constantly exposed to.

Initially, she was buried next to Pierre Curie in Sceaux. However, some six decades later, her remains were transferred to the Panthéon in Paris. Her oldest daughter, Irene, followed in her footsteps, dedicating her life to science and eventually winning the Nobel Prize in Chemistry.

Marie Curie dedicated her life to research and scientific discoveries, which is why she has inspired female scientists from all over the world.

Hildegard of Bingen: Biography of a Female Polymath
Hildegard of Bingen established the foundations of female health and anatomy. She was the female sciencific pioneer of the Middle Ages. Read more »
Link copied!
Interesting Articles
Cinema, Television, and Psychology
The Rocky Horror Picture Show: A Sexual Revolution and Liberation

Culture
How Does Fake News Affect Us?

Fake news has existed for many years. However, it has grown into a common phenomenon thanks to social media. Initially, people believed the Internet would create a democracy of information.…