Marcus Aurelius, a Biography of the Philosophical Emperor

Marcus Aurelius was the "last good emperor". He was a figure of great intellectual relevance who left us works of great philosophical interest such as his Meditations. This work also inspired renowned psychologists such as Albert Ellis. 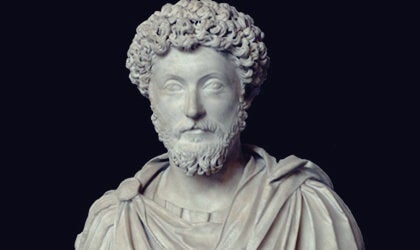 Marcus Aurelius is known as the last of the “five good emperors”. Historians often define him as a ruler loyal to the Roman Empire. However, above all, he was a great thinker who also suffered the pressures of the throne. His desire was always to develop himself as a philosopher, and so his appointment as emperor partly limited his intellectual purposes.

We can criticize Marcus Aurelius Antoninus Augustus, nicknamed the Wise Man or the Philosopher, for several things that he did while on the throne. We don’t understand, for example, why he chose his son Commodus as his successor, as he was psychologically unstable. Nor do we share the extermination he carried out with the Marcomanni and the Sarmatians.

However, to this day, he continues to be admired and respected for many reasons. The first was that he was an emperor who always tried to be fair. Also, he was someone who practiced introspection. Unlike many of his predecessors, he didn’t indulge in excess, hedonism, or glory.

Marcus Aurelius was the philosopher Emperor. He became a forerunner of modern-day theories and self-help books, thanks to invaluable works such as Meditations. In fact, people from the history of psychology, such as Albert Ellis, have appreciated many of his ideas which were based on a stoic approach. In particular, the thoughts regarding how to control your thought life and bring balance to your life.

“When you arise in the morning, think of what a precious privilege it is to be alive – to breathe, to think, to enjoy, to love.”

Marcus Aurelius was born in Rome on April 26th, AD 121. He was the son of the politician Marcus Annius Vero and Domitia Lucila. As a child, he was interested in Greek and Latin rhetoric, and also in philosophy. It was a natural inclination, and an interest also encouraged by his mother. She instilled in him the importance of leading an austere life, and also of being humble in every way.

Yet there was something undeniable, something that could never harmonize with the idea of leading a simple existence. His paternal great-aunt was Vibia Sabina, wife of Emperor Hadrian. Because of this, he was always given the best education and even had as teachers Herod Attic and Marcus Cornelius Fronton. The latter was his friend and spiritual advisor. In fact, in AD 133, Marcus Aurelius had already been seduced by Stoicism and was wearing the mantle of a philosopher.

The appointment of the new emperor

In AD 136, Adriano appointed Lucio Vero as his successor. However, the emperor was always amazed by the honesty and profound wisdom of Marcus Aurelius. So much so that it was common for him to ask him for advice. As a result, he gradually became his right-hand man – a wise, thoughtful, and reflective man.

He was consul three times and married the daughter of Emperor Antoninus, Faustina. Later on, he would receive the tribunicia potestas as well as the imperium, the greatest formal powers in the whole of the Roman Empire. Therefore, on his 40th birthday, Marcus Aurelius finally ascended to the throne, along with Lucius Vero. However, Lucius Vero soon died and Marcus Aurelius finally became emperor.

With the appointment of Marcus Aurelius as Emperor, a time of conflict opened up in the Empire. Attacks by the Barbarians were raging on the fringes of Rome. The revolts, epidemics, and constant uprisings also challenged the natural temperament of the regent, known to all for his serenity and moral strength.

We know, for example, that he had no military experience and hated bloodshed. So much so, that he even ordered the gladiators to leave the arenas to serve in the army. He was also concerned with improving conditions for slaves and getting rid of all kinds of luxuries in order to reduce the economic crisis that the Empire was suffering.

In addition to this, in his relationship with Christians, he took the same position as Trajan – he didn’t persecute them. He didn’t share their religious practices, but he never made them the focus of his attention.

He also enjoyed some success and was able to cope with the pressure of the Barbarians. In addition to that, he controlled the Germanic peoples and took part of Mesopotamia away from the Parthians in AD 161.

When the time of peace came, in AD 175, he gave permission for groups of Barbarians to enter the empire. However, he would meet his end in AD 177, during a campaign where the plague would take his life. His son, Commodus, would then assume the position of emperor, thus ending the reign of the five good emperors (Nerva, Trajan, Hadrian, Antoninus Pius, and Marcus Aurelius).

Meditations, the art of good living and its influence on psychology

Marcus Aurelius is considered to be the last great Stoic of ancient times. Through his letters and writings, collected in a book that we have come to know as Meditations, we discover the intellectual depth of the philosophical Emperor.

As we can see, the basis of the modern-day thinking of irrational thoughts is found in the work of the last good emperor, Marcus Aurelius.

The philosophy and psychology of tranquility

In Meditations, Marcus Aurelius reminds us that people are wise and virtuous by nature. Now, to maintain that internal balance and tranquility, we must keep our minds away from both past memories and future expectations.

He takes this stance by using a principle of logic: there’s no point in worrying about a future that still doesn’t exist. Therefore, it’s much better to simply accept the here and now and accept whatever will come in the future. When that moment comes, we’ll have to face it with proper fortitude, judgment, and know-how.

For Marcus Aurelius, a good life had to be built on a principle of absolute simplicity. You simply don’t have to worry about what still hasn’t happened. The best option is always to let go of that which isn’t useful – of the superfluous things in life. Flee from the pleasures that don’t feed the mind. Don’t take any notice of criticism or foolish words. And, above all, realize that there’s no better refuge than one’s own interior.

Even though the world may be at war, we must never lose the peace in our heart, nor the harmony of our being. If we have these qualities, we’ll be able to face any difficulty or setback that comes our way. As you can see, Marcus Aurelius has left us with some precious gifts of wisdom and reflection. 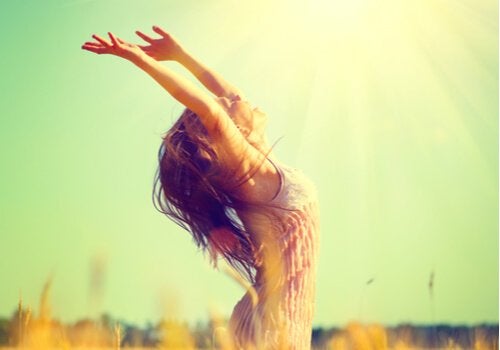 Three Stoic Strategies for Becoming Happier
In this article, we're going to tell you about the philosophy of Stoicism and the Stoic strategies you can use to become happier. Keep reading! Read more »
Interesting Articles 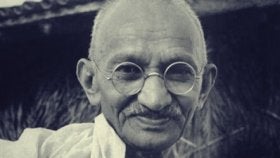 The legacy of Mohandas Karamchand Gandhi, better known as Mahatma Gandhi, will always live on. He was a man who wanted to start a peaceful revolution to defend the civil rights of his country. He became a political and spiritual… 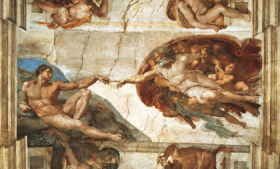 Biographies
Michelangelo Buonarroti – A Man Ahead of His Time 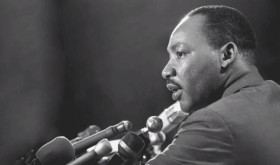 Martin Luther King Jr. was an inspiring man who represented the best in human beings. He’s one of the most… 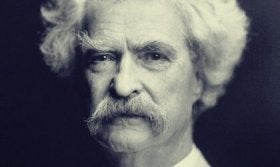 Biographies
Mark Twain: Biography of the “Father” of American Literature

William Faulkner was the one to first call Mark Twain the “father” of American literature. In his own time, however,…