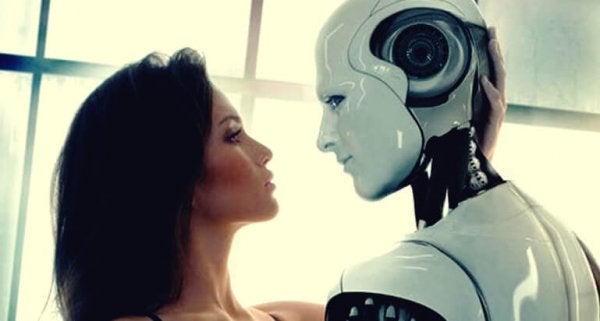 Artificial intelligence is developing in unprecedented ways and its future is unpredictable. Facebook announced recently that they had to deactivate one of their systems for an unheard of reason: it had begun to think for itself. The system developed its own language and tech experts still aren’t sure how.

Although this particular case got a lot of publicity, it isn’t the only one that we’ve seen in recent years. In the past, other AI developers have seen some machines try to do things by themselves. After all, that’s the whole point of artificial intelligence: to give machines the tools they need to operate like human brains.

“Once the computers got control, we might never get it back. We would survive at their sufferance. If we’re lucky, they might decide to keep us as pets.”

Technology now has the capacity to create, among other things, robots to substitute humans in many areas. Scientists are developing human-looking robots to help people with disabilities do their day-to-day tasks.

Likewise, the robot Xiaolce is causing a sensation in China. Xiaolce looks like a 16-year old girl and was designed to have conversations with people. Unlike humans, the robot doesn’t get tired or bored. She also has a great sense of humor. That’s why plenty of people are saying they’re in love with her.

Are we on the brink of jumping into a new era? In the near future, will machines and people have relationships with each other?

We still don’t know where this new technology is taking us. Even the creators and developers themselves don’t know. We aren’t sure if we’ve opened Pandora’s box or if the future that awaits us will just be a new and interesting chapter in human history.

What seems clear is that there’s a tendency to create machines that look more and more like humans. These machines will probably replace humans in many ways.

Developers expect that the first fully intelligent doll will be ready in the next few years. It will be the first “sexbot” in history. It’s going to be a sex doll, but it’ll also be intelligent and able to learn from its user’s behavior. In other words, it’ll be able to reprogram itself in order to please its owner.

When you order this “toy”, you’ll be able to personalize it. You decide what it should look like and also what kind of personality you want it to have. Developers don’t even talk about them as “robots” in the strict sense anymore. Now they’re calling them “humanoids”.

The relationship between humans and machines is starting to transcend the workplace. In the future, they’ll probably have romantic relationships with each other.

The couple of the future could be made up of a human and a robot. Experts on the subject say that this may be common by the year 2050. The dream will finally come true for those who believe that human relationships are wonderfully and terribly conflictive. Now, these people will be able to be with someone who thinks exactly like them.

Under these conditions, the concept of empathy might start to disappear. In the future, you’ll have the option to reprogram a humanoid to understand you. You won’t have to go through the struggles of imperfect communication.

Sex dolls (male and female) won’t mind if their owners hit them, for example, if that gives them pleasure. No one will go to court for that kind of abuse. If the user prefers, they can get a sex doll that looks like a child instead of an adult. That way, they can carry out their pedophile fantasies without any legal consequences.

We still don’t know if these machines will develop the ability to deliver surprises like the one that led Mark Zuckerberg and Facebook to disconnect one of their systems.

There are already sexbots on the market today, but the artificial intelligence that awaits in the future is unprecedented. We’ve never seen machines that look so much like humans before.

There will be controversy, of course. But we all know the inevitable law of science: technology has never gone backward. The future isn’t clear. We don’t know how all of this will change human relationships, but we do know that the world will never be the same. For now, all we can do is ask questions.

Robots and Children With Autism
Robots have such huge potential. Out of all that potential, one thing that stands out is their special ability to help children on the autism spectrum. Read more »
Link copied!
Interesting Articles
Biographies
Paul Auster: A Writer of Fate, Love, and New York

Some family films are quite moving and can inspire you to reflect on your values, thoughts, and opinions about any…