A tie-in novel by Elizabeth Rudnick about Maleficent was published at the same time as the movie release. It elaborates on the movie and utilizes a brief prologue detailing Maleficent's birth, early childhood, and family history. Also, the movie never fully elaborates on how the intense hatred amongst men and fair folk during King Henry's reign came to be, and the movie fills that void. 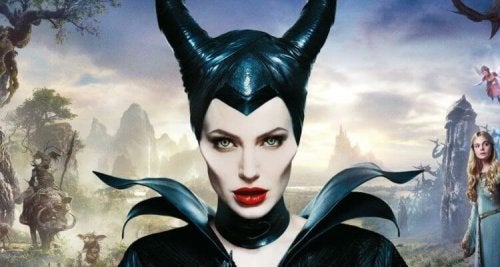 Maleficent was all the rage in movie theaters around the world in 2014. Most of the audience applauded the revamping of a rather iconic Disney character.

However, the praise wasn’t unanimous. The excessive sappiness within the film was noted: the endless war scenes and over-the-top glorification of a character who was 100% evil in its original conception.

It’s very difficult to find the right balance when updating a classic story. It isn’t hard to anticipate that there’ll always be people out there who won’t like it. In addition, one can “ruin” many former childhoods when dealing with a well-known character such as Maleficent –destroy the image most people had of a certain character in their memories, that is.

In recent years, Disney has made an effort to try to fit their classics into a more updated mold. One that’s more along the lines of the models to follow that people need and seek these days. The newer generations no longer care about royalty, and girls no longer want to be saved by princes.

Instead, girls these days want independence and to be able to fend for themselves –contrary to past generations of women.

“In the end, my kingdom was united not by a hero or a villain, as legend had predicted, but by one who was both hero and villain. And her name was Maleficent.”

Disney seemingly woke up one day and realized that although classic princesses such as Snow White, Sleeping Beauty and Cinderella still appeal to young girls; their old formula no longer worked as well as it did before.

The upcoming era of Disney classics needed princesses who are strong, brave, and self-reliant. They needed strong women whose main goal in life isn’t to find a prince who would sweep them off their feet and make them queens of their castles. Instead, they wanted someone who could represent the new female icons of the 21st century.

In the new reality, there’s no blander princess than Aurora (Sleeping Beauty, 1959). She sleeps throughout most of the film; has almost no dialogue, and falls in love with a prince she barely knows.

Of course, this all takes place in the 1959 culture. So, it’s not surprising that the only hopes and dreams these princesses had were to find a good husband with which to live happily ever after. In their castle, might one say…

In contrast, the Maleficent of the 21st century provides a slightly different perspective. Aurora herself tells the story noting that, perhaps, it wasn’t fully told before.

Neither the good guys are entirely good, nor the bad ones entirely bad. It’s the shades, the color scale progression of the greys of evilness that Maleficent presents what made many people dislike and reject the notion in the new story.

But of course, they expected to find evil in its purest form. The kind of unjustified evil that 1959 Maleficent was made of, before watching the new version.

The evolution of Maleficent

Most of us are very used to Disney’s extreme, symbolic, stereotypical characters: some represent goodness in its pure state, extreme naivety. Then there are the others who, in contrast, are evil incarnate; even if their reasons for being so evil was never explained to the viewer.

Even though we all love seeing bad people who don’t have a reason to be so. Or maybe even fill their past and current motives through our imagination. That old-fashioned perspective is in a way gone from the current generations.

The demands of 21st-century audiences are different: we want to know everything; we wish to know what goes through the minds of the characters, and what are their motives for acting in one way or another. This is the information age and it takes place in real time. Today we want a reason, a cause. Most of us, if not all, want believable stories.

Thus, in the new version of the classic, the viewer discovers Maleficent’s past and that, although her name doesn’t help, she’s not as bad as we were all led to believe.

Maleficent was just a lonely orphan fairy who grew up on an enchanted moor (the realm where other fantastic creatures inhabit). On the other side, there’s the human kingdom where greed once seized their souls.

At the beginning of the story, Maleficent befriends a boy named Stefan, who lives on a farm. He’s also an orphan and so they begin a nice friendship.

As the story moves along, Stefan continues to visit Maleficent. As a birthday present when she turns 16, he gives her true love’s kiss, according to him. Little does she know that Stefan is quite ambitious and aspires to become king someday. His ambition will make him turn against Maleficent and, finally, betray her by cutting off her wings (the symbol of her freedom and independence).

The king then names him successor and Stefan finally achieves his long-awaited goal. After this, Maleficent takes refuge in the hatred she’s now filled with, which, added to her thirst for revenge, turns her into the villain we all met in Sleeping Beauty.

The film Maleficent is responsible for filling in the gaps from the past story. Maleficent is now far from being a character that’s easy to hate. Instead, the viewer strives to understand why she acts as evilly as she does.

It’s true that the idea of revenge and hatred are closely linked to her character. But after meeting young Aurora, she’ll fall in love with her and will try to correct her evil ways. In addition to the evolution of Maleficent, we witness some changes that also fill in the gaps from the earlier version:

So, these are still the three cute aunt-like ladies that most of us fell in love with in Sleeping Beauty, but in Maleficent, we notice how they’re a lot more awkward than we knew and they know nothing about taking care of a newborn child. This has equally annoyed as many viewers as it has delighted.

The girl is still sweet and innocent, but she’s also a lot more adventurous than the princess in the previous version. She thinks Maleficent is her fairy godmother and this belief will be key in the redemption of the now evil fairy. In the same fashion, her love story with the prince has little relevance in the new version of the plot.

Maleficent’s sidekick, the crow was always an important character for Maleficent in both Disney versions of the story (yes, there are others). But in the 2014 Disney version, the viewer discovers that after losing her wings, she needed a trusted someone to help her monitor her territory from the air.

Her selection of the crow isn’t random as these are highly intelligent animals. Maleficent transforms the crow into a human now and then and a strong bond with mutual understanding emerges as a result. The crow, Diaval, becomes, sort of, the consciousness that Maleficent lacks at this point in the story.

A twist on the true love’s kiss

Maleficent doesn’t believe in love after Stefan betrayed her at the age of 16. And she’ll punish his daughter in revenge by doing the same to her.

Stefan himself is convinced that true love doesn’t exist because he’s never felt it. The only feeling he knows is greed. Similarly, because Stefan disappoints Maleficent, she gets carried away by hatred and resentment.

But when she gets to know Aurora, she realizes the girl isn’t guilty of the bad deeds of her father. That she doesn’t deserve her wrath and punishment.

However, she fails on her attempts to revoke the magic spell she put on baby Aurora. But then, she finally understands that the only solution is to find her a true love’s kiss. A piece of cake, right?

The skepticism in regard to Maleficent’s love will lead her to believe that saving the princess is impossible. But Diaval, the crow, and the fairies truly believe that a kiss from Prince Philip can awaken Aurora. But Philip, although attracted to Aurora, isn’t exactly in love with her. Because he hardly knows her.

And so, Aurora doesn’t wake up with Philip’s kiss in the end. This is because true love is something a lot more complex than what Disney taught viewers in their older classics.

Now, a guilt-ridden and hurt Maleficent in mourning kisses Aurora in an entirely maternal fashion. Of course, this is the technicality on the true love clause which awakens Aurora from her death-like state. Breaking, well, the mold of many previous Disney classics.

Whether the classic story is ruined or revamped depends on the opinion of each viewer. What’s certain is that thanks to many of these new versions, girls are closer to less tragic and vulnerable stereotypes as role models.

This film is a reflection of the what most people in the world already know very well: neither evil nor goodness are born out of dust and therefore are not usually extreme. In this regard, humans are a collection of all sorts of nuances. We can all unleash hatred and love depending on the specific situations.

Edward Scissorhands, directed by Tim Burton in 1990 and starring a very young Johnny Depp and Winona Ryder, is considered by…