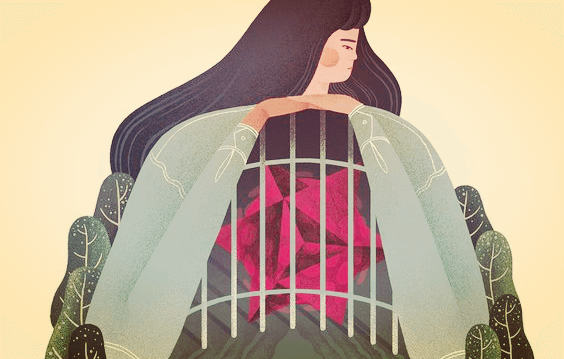 In today’s world, we have broken many barriers of hardship to create a common culture of making things easy. The human being has needed, and still needs, to make some tasks easier to achieve objectives. The wheel, for example, made it possible to move large weights from one place to another. A good part of human history has been the struggle to facilitate processes. The bad thing is that this ended up generating an army of people who take shortcuts.

First was the industrial revolution and then the computer revolution. Both phenomena contributed to  making things easy for human beings. In other words, they  minimize their effort to carry out many daily activities that previously required more energy and more time. For example, informing yourself. Word of mouth has been replaced by news agencies and then by real-time information on the Internet.

“Conformism is the modern form of pessimism”.
-Antonio Escohotado-

It’s worth wondering if all this really makes life easier. Perhaps it is more accurate to say that it is now faster and requires less investment of physical energy. But existence has become more complex to the point that mental illnesses are increasingly more common. At the same time, making things easy has been established as a means to deal with this complexity.

The easiness of making life easy

The purpose of industrialization and information technology has not exactly been to make life easier for human beings. Its ultimate goal is to make production faster and easier. It simplifies many tasks of daily life, but in essence this was not the plan. Many of these advances are due to the concept of money rather than welfare.

Be that as it may, the truth is that this principle that everything should work easily has been leaking into our consciousness in different ways. The worst part of this is it makes us believe that easy and fast are desirable attributes. In contrast, complex and slow are defects. That way of thinking is the foundation of our need for making things easy.

In its most positive and beneficial expression, science and technology have wanted to free us from mechanical tasks and those that require brute force. By making tasks speedier, such as washing clothes quickly or transporting very heavy objects more comfortably, we believe we all have more time available to dedicate ourselves to more laudable tasks that would fulfill us more. But this is not true, or has only works in part and only for some. What has spread is an attitude of contempt for effort.

We have more technology that makes life easier for us but, at the same time, we feel more and more lost in the abyss of time that opens up before us. In addition, before people worked many hours, and today we are still working the same amount or even more.

A false ideal has been built – eliminate problems. The idea that there is nothing positive about problems was popularized. And worse still, many imagine that life really can exist without difficulties, a world without obstacles.

They believe it to the point where they end up frustrated because the day does not come when their problems disappear. The great paradox is that we never before had the feeling of facing so many problems. Almost everything has become a difficulty. Eat a lot or little. Have a job or don’t have it. Build a relationship or don’t. Etcetera, etcetera.

From the psychological point of view, easiness can have two sides. On the one hand it is a defensive response to what is a cluster of problems that cannot be resolved. On the other hand, it could also be a childlike attitude, in which a person wishes to remain in a condition that does not require commitments, effort or responsibilities, just like when they were a child.

What these positions do not admit is the fact that reality and difficulty go hand in hand. But they also do not understand that it is precisely the existence of the difficulty that allows a person and humanity itself to search, find, and evolve. Even the invention of fire was an initiative trying to solve a problem. By solving it, they laid the foundations for a definitive step towards homo sapiens.

In general, making things easier does nothing more than accumulate and increase problems. It also deprives you of the ability to try, to measure yourself and thus increase confidence in your own abilities.

It also prevents you from enjoying one of the plenitudes of life – feeling dignity for who you are, what you have and what you are capable of doing. Sure there are difficulties that are impossible to solve, such as world hunger. But there are also many others that are solvable. What is missing is self-confidence. Or self-love. Or both.

6 Things Technology Has Stolen From Us
There is a very fine line between using technology for necessary things and being dependent on it. Read more »
Link copied!
Interesting Articles
Culture
Beauty is Accepting Who You Are

There's nothing more attractive than accepting who you are. There's no greater satisfaction than discovering your value, strengths, and needs. Only…

Culture
Children with Disabilities and How This Situation Affects Their Families

A new family member is always a cause for joy. Everyone prepares to welcome the little one and to congratulate…