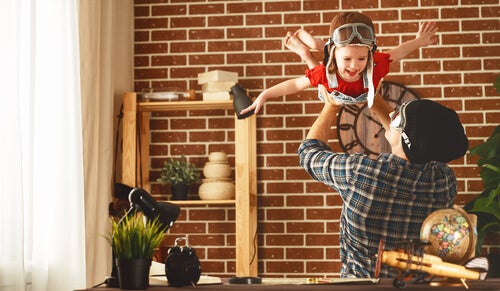 Pravinee Hurbungs once said “Making one person smile can change the world; maybe not the whole world, but their world”. One thing seems clear – making learning fun may not change a society, but it can make a difference for children.

There are many scientific studies that have shown the value of laughter and fun at all levels. Whether on a psychological or physical level, having fun and making things fun is great for learning. In addition, it is a natural stress reliever because it activates the release of dopamine and serotonin and promotes good health. So, if having fun is useful for combatting stress or depression, why would we not use it to teach our children and reduce their anxiety levels?

“The most lost of all days, is that in which we have not laughed”
–Nicolás Sebastien Roch Chamfort–

A new scientific study from psychologists at the Paris West University Nanterre La Défense  joins all the past research that has already testified to the great value of laughter.

According to this group of psychologists, laughter is a great medicine for the body. But not only that, it’s also great for children’s learning. In fact, according to the data obtained, children learn better when they laugh, and while they laugh.

How did they research the effect of laughter? First, they asked what effect a sense of humor would have on the children’s ability to learn. In this way, they created a group of 53 children of around 18 months old. The task was to learn how to use an object to reach a toy that they could not otherwise access. The goal was to learn how to do it after seeing how an adult did it.

The children, divided into two groups, showed different results after viewing slightly different videos. On the one hand, the group in which the adult acted in a sympathetic way, but also acted crazy and absurd, in short, made the little ones laugh. Those children, after having fun, imitated the movements of the adult to get to the toy better. Moreover, 94% were able to reach the object, while of the other group only 25% were able to.

No clear explanation of the effects achieved has been provided. However, one idea is that laughter can change brain chemistry. By generating fun and positive emotions, the level of dopamine increases.

Dopamine is a neurotransmitter that is involved in the brain’s cognitive processes. According to research, it is sensitive to changes in the prefrontal cortex of children. Thus, it influences the neurons of the prefrontal cortex at the cellular level. It promotes the excitation of the deepest layers, stimulates learning and facilitates a good regulation of cognitive processes.

Moreover, it should be remembered that low levels of dopamine, according to many studies, affect memory. Lacking dopamine is clearly negative in many ways.

Fun as a focus of attention

It is clear that making learning fun is great. In fact, at Sam Houston State University, in a study conducted by a multidisciplinary team, researchers showed that students remembered more when the teacher included jokes while reading the subject.

It seems quite obvious that making learning fun is a foolproof technique for teaching children. In this sense, creating a relaxed and intimate environment, away from anxiety and stress, favors children’s ability to pay attention.

There is no doubt that when we have fun, learning and paying attention is much easier. In fact, this seems to be perfectly applicable to both children and adults.

“Children learn to smile from their parents ”
-Shinichi Suzuki –

So, don’t even think about it before you just go ahead and start. As adults, teachers, instructors, educators or simply social beings, if we make it fun, it will be much easier for others, children and adults, to learn more easily. Let’s do it together!

The Happiness Bottle Technique: How to Do It and Why It Works
The happiness bottle technique is a simple technique designed to help create a positive attitude in our lives, read on to find out why it works Read more »
Link copied!
Interesting Articles
Psychology
Affective Inhibition has Consequences

80% of the fibers in the vagus nerve connecting the brain to many of our internal organs are afferent. In…