The Main Characteristics of Type A Personality

Discover the main characteristics of Type A personality in this article! 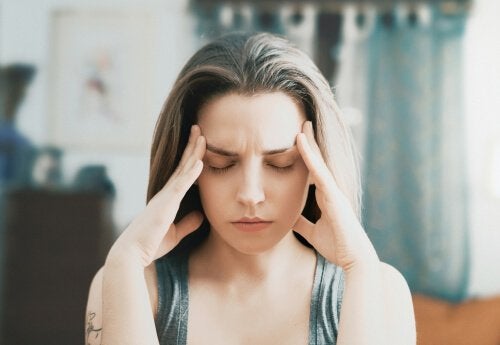 Before talking about a specific type of personality, we should get the basic concept out of the way. Personality is the set of characteristics that defines human beings, given that it distinguishes us from others. Furthermore, it serves to predict our attitudes and behaviors. Psychology understands personality as a pattern of feelings, emotions, thoughts, and behavior tendencies that remain stable over time and differentiate an individual from another. Although there are many types, in this article we’re going to be talking specifically about Type A personality.

There are many different classifications and personality theories. Basically, every single theory focuses on classifying personality into types. Others, however, prefer to classify them into profiles or groups of traits that define the entire personality structure. In this article, we’ll focus on Friedman and Rosenman’s personality theory.

Both of these authors were cardiologists. In the 50s, they conducted several studies on personality types. As a result, they discovered two types: Type A and Type B (and Type C later on). While Type A personality is characterized by very strong and rigid features, Type B is characterized by greater flexibility and docility in behavioral tendencies and attitudes.

Three solid characteristics define this personality: competitiveness, sense of urgency, and hostility. These three attributes come to the surface mainly in stressful and challenging situations. In other words, a person with Type A personality isn’t competitive and impatient in every aspect of their personal life. Instead, they show these three characteristics in determined situations.

Those with Type A personality are extremely goal-oriented. Thus, they strive to give the best of themselves and stand out from the rest in most (if not all) situations. They want to be the best in everything they do. Being able to show the best performance in stressful or challenging situations is important to them. Mind you, they don’t give up easily.

The competitiveness of this personality also leads to a very high level of self-demand since they seek success in pretty much everything they do. For type A people, achieving a goal is a satisfactory experience. In fact, reaching an active goal is these people’s cerebral reward.

Another characteristic that defines Type A personality is impatience or sense of urgency. No matter the situation, these people want everything right away. These people have a hard time waiting and have a great need to solve problems immediately. Clearly, this leads them to make wrong decisions due to impulsiveness and imprudence. Waiting is not in their vocabulary because they basically have a different perception of time than the rest. They may even prefer to lower the quality of their work in exchange for finishing it faster.

Under stressful situations, people with this personality type tend to show a high level of hostility. They demonstrate this by being verbally or even physically aggressive. These people are very quick to raise their voice and use a threatening tone almost without realizing it. It’s as if this were an automatic trait. Also, this hostility leads to hypervigilance. It’s almost like they’re always waiting for a threat to show up so they feel they always need to be prepared to defend themselves.

What Does Type A personality Influence?

Researchers defined this personality as a result of studying the stress response of a group of test subjects. While some of them responded with reactive and proactive stress (type A), others responded with reflection, passivity, and calmness (type B). This is why those with type A personality tend to develop cardiovascular diseases.

This personality pattern makes coexistence and teamwork difficult. That being said, in addition to influencing their health, this personality type influences these people’s relationship with the rest of the world. As a matter of fact, type A people usually prefer to work alone or in tasks that are as independent as possible. Without a doubt, their impatience hinders their friendships/relationships in general.

As a conclusion, it’s important to emphasize that this personality requires psychological counseling, as it’s essential for these people to develop emotional self-management strategies.