Madama Butterfly, an Opera about Love and Loss

Madama Butterfly tells the story of the love, pain, and death of a couple who weren't meant to be together. Continue reading to discover the ins and outs of one of the most lauded operas in history! 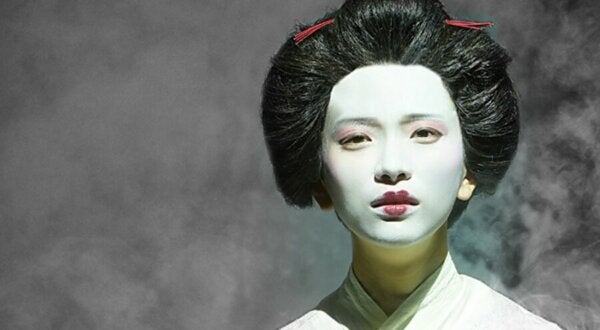 Madama Butterfly is an opera about love and devotion, which also addresses the social problems during World War II. The opera is about an Army officer and a young Japanese woman.

Although you may not know it, this opera is one of the most gruesome pieces in the Western operatic repertoire. Madama Butterfly has been delighting audiences due to its plot and music for over a century.

This opera, written by Italian composer Giacomo Puccini, was released in 1904. It’s the story of Pinkerton, an American Army officer stationed in Nagasaki. An unscrupulous pimp tricks XioXio San into temporarily joining him.

The officer leaves soon after, leaving her alone and pregnant. The young woman raises her child, waiting for her love to return for the next three years. She isn’t aware that Pinkerton lied to her and never intended to marry her and take her back to the United States.

Thus, he finally returns but brings his actual wife, Kate, along. Blinded by pain, Butterfly gives her son to Pinkerton hoping he’ll take him back to America and offer him better opportunities. The rest is history. Tragedy ensues and the viewer can almost feel the pain and agony the play evokes.

In a final scene, full of drama and grief, Butterfly kills herself. She can’t stand Pinkerton’s betrayal and being separated from her son.

Moving, uncomfortable, tragic, and painful, Madama Butterfly survived the passage of time even though it wasn’t to everyone’s taste. What’s the current meaning of this opera? How has its vision changed over time?

A look at the script of Madama Butterfly

Beyond the beauty of the music, Madama Butterfly is a story of deception. Its first audience booed and mocked it and thought XioXio’s behavior was reprehensible.

The audience thought Butterfly was a loose woman deserving of her pain as retribution for her sins. However, Puccini clearly established from the beginning that XioXio was naive. She was the victim of deception and believed she was legally married to Pinkerton.

Puccini developed the character of Pinkerton as the villain of the story. The composer made an effort to show how the soldier seduced and deceived the young woman in order to take advantage of her.

Many American soldiers brought their foreign wives to the United States after World War II. Thus, many Japanese women hoped they could too find an American husband and be able to move to the new continent and start a new life.

In this context, XioXio seems a poor young woman who gets together with an American with the hope of a good future. Pinkerton, the evil foreign officer, personifies all men who abuse their position of power.

During the second act, already married, XioXio and Pinkerton must separate. Pinkerton returns to America with the rest of the troops. Madama Butterfly is devastated, of course, but Pinkerton promises to return for her.

In a beautiful aria, Butterfly tells her maid what’ll happen when Pinkerton returns. Puccini transforms the young woman’s pain into an iconic piece of music.

At the end of the opera, XioXio is heartbroken after her son leaves. So, she commits hara-kiri, a Japanese suicide ritual.

Butterfly’s pain inspired many other works over the years. Miss Saigon by Boublil and Schönberg is one of its most popular adaptations.

Perhaps one of the most curious adaptations of the opera was Sidney Olcott’s. The first film adaptation of Madama Butterfly was silent. This is rather ironic, as much of the beauty of the story lies in its music.

Many artists have made tributes to Madama Butterfly in the world of pop music, from the Sex Pistols to the indie band Wheezer. The diverse interpretations and adaptations reinvent the characters and are a sample of the legacy of Puccini’s work. It survived the passage of time and remains fresh.

There were also several graphic novels about this story. Some of them vindicate Pinkerton’s character and turn him into a misunderstood man. Other versions delve into how people deceived Butterfly and the injustice of her fate.

What makes Madama Butterfly such a moving story? Perhaps it’s the classical tragedy or the beauty of its music.

The audience can perceive lust and love, the need to blindly believe in some ideas, and the beauty of sacrifice and subsequent death in this opera. Thus, Madama Butterfly seems to be a tragedy worthy of the classical era. It’s a type of poetry.

Music and Psychology
How Does Music Influence Us in Clothing Stores?

Have you ever walked into a clothing store and had the feeling that you're in the middle of a nightclub?…