In Life Things Are Written, Deleted and Rewritten 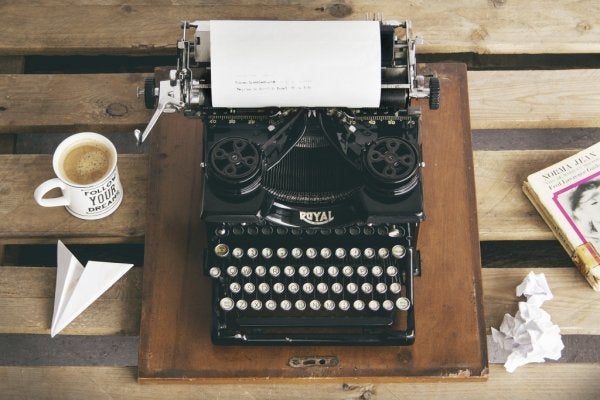 Walt Disney was fired from the newspaper where he worked for lack of creativity. To continue with his life he founded his first Laugh-O-Gram Films company, dedicated to animation. After a while he had to close it. Finally, he arrived in Hollywood and at last his films began to be successful.

“I cannot believe there are insurmountable obstacles for people who know the secret of making dreams come true.”

There are many stories like Walt Disney’s. Each of us has had moments of failure, in which we’ve had to change course and begin again. Success, failure and learning are part of our day-to-day life. They are the foundation that make us grow as people. That is why in life we write, erase and rewrite.

What it means to succeed in life

What is success for you? Is it to be happy in your life? Is it to feel good about yourself and with others? Having money or wealth? Having a family, having a partner or children? Traveling around the world?  Having work and health?

“Ninety percent of success is based on insisting.”

Regardless of what success means to you, understanding what success is to you to brings you confidence, pushes you to keep going, and ultimately makes you happy. Elsa Punset, writer and philosopher daughter of Eduardo Punset, calls this the  winning effect.

When you feel like a winner, dopamine releases in your brain and that makes you feel better and more prepared, which will allow you to strive to the maximum and to achieve the goals that you want. In other words, being successful leads to more success. It’s like a chain effect.

To see how success and failure work, we tell you a curious fact: according to some estimates, 90% of the products that go to the market fail. Therefore, failure is not the exception, it is the general rule. However, failure is not accepted.

Knowing that failure is so common should make us think about how to live with failure in a more natural way. Psychologist Carol Dweck associates the way we deal with failure with our idea about talent.

“Failure is the opportunity to start over with more confidence.”

People in the first group face challenges as a way to demonstrate their innate talent and believe that failure means that they do not have enough skill or talent. Therefore, they are afraid of failure and can’t stand the idea of not achieving success.

However, people who think that talent is developed view failure as proof that they are striving and see it as a positive. Failure is a way to get stronger and better. If you do not fail, you do not improve.

Learning from failure and taking risks in life requires a lot of courage. Not everything is always going to turn out. We will experience many disappointments, but our true success will be to learn, to mature and to grow. Think about what makes you happy, what puts a smile on your face and strive for it.

In the book Emotional Intelligence (published in 1995), Daniel Goleman cites different studies based on which one observes the life of several young people who obtain very high scores in the tests of intelligence.

The studies compare the satisfaction levels of these young people in areas such as happiness, prestige or work success, and it is evident that the IQ only accounts for 20% of the factors that determine success.

The remaining 80% depends on variables such as luck, social class and, above all, emotional intelligence. Therefore, self-motivation, the ability to persevere, management of moods and empathy are more determining factors than intelligence.

“In life you neither win nor you lose, you do not fail or succeed. In life one learns, one grows, one discovers; it is written, deleted and rewritten; It spins, it frays and it spins again.”

20 Tips From Someone Who Has Succeeded

Jack Ma is the richest man in China. For some years he has published a series of tips for anyone who … See more »

Link copied!
Interesting Articles
Wellness
Your Mother Will Be There, Even When The Rest Have Gone

There are many types of mothers and not all know how to do it right. There are also toxic mothers…

Wellness
It's Clear That You Make Love by Talking

Wellness
The Hard Decision to Put an End to Something

Sometimes we resist writing an ending to what, literally, "makes our life bitter." Many of our unhealthy behaviors, relationships or thought…