Let Go of the Past and Embrace Your Present 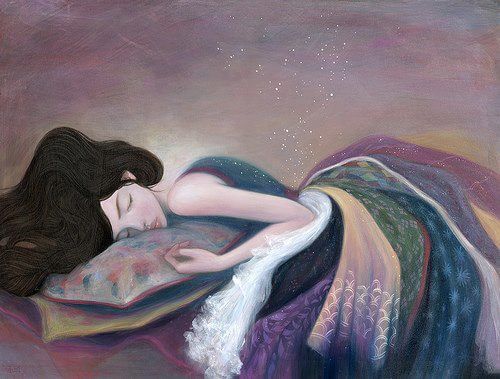 You have to open the windows. We must take out and discard the bookmarks we left in the middle of old books. We have to take down some photos from the walls that no longer hold any meaning for us. Let everything that isn’t, leave. All of that past that you no longer recognize in your present.

Try to stop making such heavy moves. Try to pack everything into smaller boxes. They accomplish the same function, but without occupying so much unnecessary space. So much space that it can end up being uncomfortable and bothersome. Let all of the past out and simply keep what is worth holding on to. If you don’t, the new things to come will never find a place to settle into.

Imagine an endless amount of precious flowers and pieces of gold responding to a gale, seeking shelter in any old vessel. There are vessels which are full of such harmful and useless things that there is no space to shelter all of the good that the gale brings with it. Or at least to accommodate a small part that can slowly illuminate its content. Don’t you think it’s time to empty them out of the past?

The past holds memories, the future holds hope

If you keep lovely memories from your past, you may feel fortunate. Keep all of these memories, look back, and reminisce only when your strength wains. Look back in order to gather strength from what you once were and can be again. If the memories you keep aren’t very good, if there are too many areas that you don’t want to revisit, you’re in luck. All of the best is yet to come.

Up next we’re going to read a tale that clearly exemplifies this idea: true wisdom resides in transforming everything you have learned from bad previous experiences into something useful and functional in your present. You have to remember that situations of extreme pain put your strength to the test. Yet, they also serve as a catalyst to help you become aware of your strengths.

“A son as complaining to his mother about his life and how everything was so hard for him. It seemed that as soon as he solved one problem, another appeared. His mother lead him to the kitchen. There, she filled three pots with water and placed them over the fire.

Looking at her son, she said: What do you see? Carrots, eggs and coffee, was his answer. Humbly, the child asked: what does this mean mother? It is chemistry, she explained. The three elements have faced the same adversity: boiling water. But they have reacted in a different way based on their characteristics. The carrot became soft, the inside of the egg has hardened and produced a shell to surround it. The coffee, however, upon reaching its boiling point, was able to give off its best aroma.”

Some people that have suffered through serious diseases or important traumas in their lives have forgotten all of the pain and have kept the best part of the situation: the resilience. That ability to be reborn in a non-defensive way that makes you stronger and, at the same time, more flexible. They know how to put the new problems into perspective and transform them into possibilities. They know that one day they were capable, and they are aware they’ll be able to once more.

The past should never be a burden, but a responsibility

It is not good to carry a bottomless backpack full of guilt and stumbles from the past. You have to give a brief moment of reflection and maybe of sorrow to each discomfort. But to the lessons it brings, you have to make all the room they need for the rest of your life. This is the difference between the past that makes you sad and the past that transforms you. Calm waters never made a good, strong sailor.

“Decadent men and towns live their lives remembering where they come from. Great men and strong towns only need to know where they are going.”
-José Ingenieros-

You don’t owe the past one single explanation. You simply need to respond to the responsibility that its lessons have projected to your future. This applies to friendships, love, work, habits and hobbies. Many psychologists are interested on the past history of a patient, not because this is relevant or determines what is happening now. But rather to understand whether someone’s actions in the present are a mere defense mechanism against pain they have dragged from their past.

The 21st of October of 1829, Thomas Edison lit the first light-bulb, and it remained on for 48 hours. This was without a doubt a big difference in duration from the others. Here’s an interesting fact: the filament used in this light-bulb was not metallic but carbonated bamboo.

From then on, Edison kept working on many trials until he achieved a bulb that could offer up to 1.500 hours of light without burning out. Isn’t this a wonderful metaphor to understand the point in which you currently find yourself?

Maybe you have also experienced countless failed attempts to turn on the light within you with something that truly fits and works in your life. If you continue trying to turn on that light, while you insist on producing something that turns it off, your best invention will never work.

Instead, if you know all of the formulas you’ve already tried unsuccessfully in the past, it’s time to let them go. Stop using them, open the door so that they may leave completely. And while this happens, a gale of new things will fill the space you have left empty and receptive. Some things emerge from darkness, but they rarely shine within it.

Link copied!
Interesting Articles
Wellness
I Don’t Want To Be Perfect, I Want To Make Mistakes!

I want to make mistakes, without fear, without regrets; in fact, I’ve already done it, and if I have decided…

If you have a demanding schedule, then you know how impossible is feels to get everything done. It's work piled on more…

Wellness
13 Reasons Why: The Consequences of Bullying

13 Reasons Why was undoubtedly one of the best TV shows of 2017. Netflix touched on a very controversial subject…

Wellness
I Love You, Even When You Don't Deserve It

I love you, even when you don’t deserve it, even if this seems incredible to you, and maybe even unfair…

Are you thinking about going back to school? You may decide to do this for many different reasons, such as…

Wellness
Suffering: An Obstacle or an Opportunity?

Suffering works its way into the deepest parts of your being. It's like a stranger who enters your home without…