When someone has a problem they must solve, their creativity and mental processes aimed at this resolution are unconscious. Synectics studies them and turns them into applicable problem-solving methodologies. Read on to learn more! 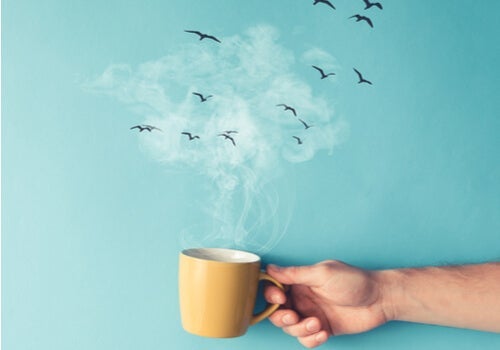 When it comes to synectics, creativity, and problem-solving, the brain is like the tip of the iceberg: we can only perceive a small part of the whole. Thus, when this organ is facing a problem, then it must solve it. A considerable part of the mental processes that lead to this resolution is unconscious and this is where synectics plays a role.

The name synectics derives from the Greek synektikós that means “the joining together of different and apparently irrelevant elements”. It’s a creative methodology for the solution of problems. Furthermore, one of its objectives is to take advantage of the characteristics of this type of processing. That is, to brainstorm and come up with a problem-solving method based on experiences.

The final problem-solving strategy that’s applied in the end comes, to a large extent, from computations that you’re not aware of.

From a historical perspective, the method of synectics for creativity purposes originated in the works of Arthur D. Little during the beginning of the second half of the 20th century. Based on those investigations, scientists George M. Prince and William J.J. Gordon finalized this technique with all of its characteristics and strategic components.

The first etymology of the term corresponds to the Greek word that designates the concept of “the union and conjunction of apparently different and irrelevant elements among themselves”.

Today, after filling an important gap in organizational and work environments, this term is an extended synonym for the solution of problems from a group point of view and through the use of creativity as a nuclear strategy. Thus, it honors the meaning of its name, since it’s through synectics that creative solutions are obtained. They aren’t explained by the mere sum of their components.

Synectics and Creativity: Characteristics and Techniques

Synectics, conceived as a theory, involves the integrated action of several people who, from a group configuration, address the approach and the solution of various problems. As we mentioned above, it relies heavily on human creativity and makes conscious use of preconscious mental mechanisms. That’s where its true functionality lies.

The goal pursued by the implementation of this technique is an increase in the probability of successful problem-solving. However, this probability varies depending on how generable the innovation is. Also, based on the synergic effect of the members of the group.

If the agreed solution has a rather circumscribed field of application, then the benefits of the creative novelty that defines the essence of the joint solution to the problem diminish. Therefore, sought solutions should be as innovative as they are enforceable.

Synectics and Creativity are Based on the Following Premises:

Synectics tries to put aside what we already know and gives way to what we find odd. It’s for this reason that the technique strives to take us to creative and innovative solutions as far removed from the usual ones.

Synectics confronts the individual with their own mental processes that underlie rational thought. It puts them in contact with the mental contents hidden way back in their subconscious.

To put these mechanisms into play, there are at least five phases or techniques. These are at the center of what many know as “analogy”. Their aim is to contemplate the multiple facets of the same issue in order to get away from the most expected and common solutions. The techniques are:

In short, the application of these techniques can lead to different thoughts and brings us closer to the unusual. Thus, it makes it possible to obtain innovative and effective solutions, far beyond what a simple brainstorming session would allow us to achieve.

The Enigmas of Intuition
Intuition has been the subject of heated discussions in different fields of knowledge Read more »
Link copied!
Interesting Articles
Culture
Benefits of Salvia, the Plant for Women

The benefits of salvia are innumerable. This medicinal plant's name comes from the Latin salvare (to cure). It is one…

Most of the time we go to the psychologist already with an idea in our head of what's causing us so much pain. Other times we're having problems identifying what's…

Culture
Nothing is yours: life is borrowed so enjoy it while you have it

We understand attachment as a very strong bond that determines how our personality develops, how we see life, and how…