The Differences Between the CAT Scan and the MRI Scan 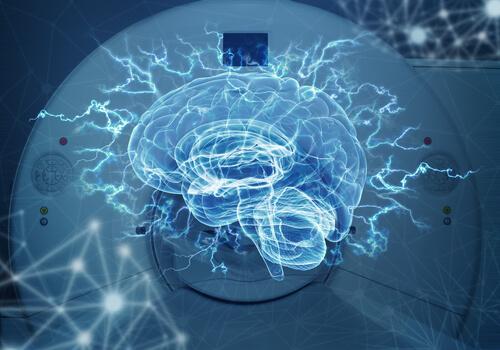 Neuropsychology is the specialized branch of psychology responsible for the study of brain functioning and its relationship with human behavior. This branch seeks the possible existent correlations between the functions of the brain and behavior. To do this, it uses different methods such as computerized axial tomography (CAT) and magnetic resonance imaging (MRI).

They’re two of the most-used neuroimaging tests as of today due to the results they provide, as well as their accessibility and ease of use. However, are you actually aware of the similarities and differences between the two and what they’re used for? Don’t worry – we’ll explain it all to you here!

The CAT scan and the MRI scan are used to locate, quantify, and accurately describe the structures of the body that have been affected by an injury. In addition, they make quantifying the injuries shortly after they occurred and knowing the volume of the tissue that’s involved possible.

A positive aspect of both of these tests is their spatial solution which is excellent from a macroscopic point of view (1 mm CAT & 0.5 mm MRI). In microscopic terms, the resolution is more modest.

Even though this doesn’t happen in all cases, doctors recommend fasting between 4 and 6 hours before getting a CAT scan or an MRI scan. Now, if the person’s claustrophobic or tends to get overwhelmed in closed spaces, it’s recommendable for them to talk to their doctor about possible solutions like anesthesia.

Main differences between the CAT scan and the MRI scan

It was the first neuroimaging technique that was available in the market (it was put on sale in 1972). This marked a before and after in the history of neuropsychology because there were almost only post-mortem techniques available back then.

The CAT scan is a type of tube-shaped scanner that can rotate 180 to 360 degrees around the area that is going to be examined. This device emits x-rays simultaneously and from different angles. Its objective is to detect the parts of the body that absorb said x-rays in an abnormal manner.

These detectors are sensitive to variations in soft tissue density by 1% (versus 10-15% of conventional radiographs). After that emission and capture of density variations, a computer puts together the result into a series of images. The images are axial and perpendicular to the cephalocaudal axis (head-feet). The hypodense areas show up dark (for example, cerebrospinal fluid and fat), while hyperdense areas show up lighter (for example, bone or hemorrhages).

Unlike the light, x-rays do penetrate the body. This proves to be a great advantage when it comes to observing the internal structures of the organism. Therefore, computerized axial tomography is a very useful technique to detect tumors, edema, or cerebral infarctions. Apart from that, it can locate bone and internal lesions and intestinal diseases such as diverticulitis and appendicitis. Lastly, it’s suitable to visualize the liver, spleen, pancreas, and kidneys.

The MRI scan allows a greater contrast between soft tissues (those that aren’t composed of bones) such as muscles, meniscus, and tendons. Its discovery in 1946 greatly improved anatomical visualization, especially the difference between the gray and white substances of the brain.

One of the main differences between the CAT scan and the MRI scan is that the latter has a great sensitivity to the movement of fluids. This allows the obtainment of angiographies (images of blood vessels) without using contrast substances. Although the CAT scan is a faster test, its spatial resolution is lower than the MRI’s.

Unlike with the CAT scan, it’s possible to obtain images in the three planes of space (horizontal, coronal, and sagittal) with the MRI. In turn, this allows the use of stereotaxic atlases, for which it’s necessary to have these three spatial coordinates. That way, it’s possible to identify damaged structures that aren’t obvious to the naked eye.

Harmful effects of the CAT scan and the MRI scan

Magnetic resonance, as its name suggests, works through a magnetic field and radiofrequency waves. This means that the MRI doesn’t emit any radiation unlike the CAT scan (which emits x-rays). However, MRI scans can be quite unpleasant for the patient due to the noise that comes from the machine and the need to remain still for the whole test.

Neither an MRI scan nor a CAT scan can be done if the patient has a metallic object in their body because that could interfere with the test. It’s contraindicated for patients who have cochlear implants, heart valves, vascular clips, pacemakers, and biostimulators.

Additionally, the MRI scan doesn’t produce iatrogenesis, which means that it doesn’t cause any damage to the patient’s health. If a surgeon was to open the patient’s body, that would actually cause damage. In that case, damage occurs in order to fix another.

As you can see, these two tests have a lot of ups and downs. The thing is to know which one is the most suitable for each case depending on the objective and the type of structures that need to be evaluated. The CAT scan and the MRI scan are two non-invasive methods that show just how great the advances in medicine have been, advances that have led to great discoveries in other fields such as psychology.

Never-Before-Seen Images of Fetal Brain Activity
Something like this makes scientists think that maternal inflammation can determine both the low fetal brain activity and subsequent premature birth. Read more »
Link copied!
Interesting Articles
Research
Neuroscience: A Way to Understand How the Mind Acts