Learn about Panic Disorder in Children

Although panic disorder doesn’t manifest that differently in children, they still don't experience it the same way adults do. Learn more here. 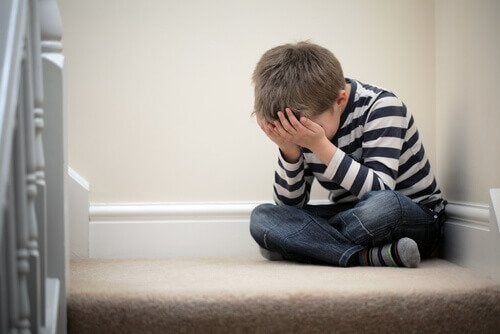 Basically, panic disorder is an anxiety disorder. Anxiety is a human emotion. It’s when your nervous system reacts to a situation or stimulus that you consider “threatening”. In other words, it actually has an adaptive purpose because it exists to help you survive in dangerous situations.

Anxiety becomes a problem when it becomes too intense or manifests in situations where there isn’t any real threat. At that point, it loses its adaptive function and just causes issues and discomfort.

Children and teenagers can suffer from anxiety disorders just like adults. Things such as the first day of school, the birth of a sibling, the loss of a family member, or moving to a new place are all potential triggers.

Although they’re very similar, when children have anxiety disorders, they tend to react very differently to the symptoms. The negative consequences often impact children more than adults, because children haven’t fully developed the tools to manage anxiety.

When children are vulnerable, these kinds of events can interfere in their growing up and maturing process. You might see the effects of panic disorder in social, school, and family environments, and it can lead to much more severe problems.

Some anxiety disorders are more common in children than others, such as generalized anxiety disorder. Others are related to a specific age or to very specific things, such as being separated from their parents or other important figures in their life.

Panic disorder is basically when someone has recurring panic attacks that last from minutes to hours. It involves multiple kinds of symptoms: aversive (avoidant), somatic (physiological), and cognitive (mental). The symptoms are usually the most intense during the first ten minutes and gradually become less intense after that.

Here are some of the most characteristic symptoms of panic attacks:

In children, the most frequent symptoms of panic disorder are heart palpitations, shaking, trouble breathing, and dizziness (Last & Strauss, 1989). Thus, cognitive symptoms (fear of dying or losing control) aren’t as common in children as somatic and physiological ones.

Panic disorder is also more frequent in girls than boys. It’s also very uncommon at early ages, and it’s estimated to only occur in about 1% of teenagers (Lewinsohn, Hops, Roberts, Seeley, and Andrews, 1993). It usually manifests toward the end of adolescence or in the late thirties.

There are cases when panic disorder can also lead to agoraphobia. Agoraphobia is basically an extreme fear of being in situations that are hard to get away from or when it’s hard to ask for help when you notice you’re scared.

Is There a Model for Panic Disorder in Children?

Ley (1987) said that anxiety and stress were the two most common causes of hyperventilation outside of other things such as medical conditions, exercise, caffeine, etc.

Hyperventilation makes you breathe much faster than your body needs to. That also means that your body can’t produce enough CO2 for each time you breathe out. Thus, your blood pressure drops due to these low CO2 levels.

The symptoms associated with hyperventilation (sweating, increased heart rate, heart palpitations, trouble breathing, cramps, etc.) are scary for children to experience. Thus, their fight-or-flight mechanism engages and their hyperventilation symptoms and fear only get worse.

The worsening symptoms and fear create a vicious cycle that can lead to a panic attack. But hyperventilation isn’t the only thing that can cause one. There are other factors such as genetic predisposition and classical conditioning, which means that the attacks stem from negative associations.

As you’ve seen, panic disorder doesn’t really differ from adults to children. The biggest differences lie in how children react to the symptoms and the fact that it manifests with more physical symptoms in children and with more mental symptoms in adults.

The Effects of an Adrenaline Rush
An adrenaline rush can manifest because you got scared over something or maybe because the teacher just asked you to speak to the class! Read more »
Link copied!
Interesting Articles
Clinical Psychology
When Anxiety Takes Over Your Life, You're not You

Clinical Psychology
Attachment Styles and Emotional Memory: When We Cling to Pain

Clinical Psychology
The Gesell Chamber: How Is it Used in Psychology?

Every area of science needs methods and instruments in order for it to advance. In addition to this, they need…