Kurt Gödel: A Biography of "Mr. Why"

Kurt Gödel's contributions to mathematics and science are enormous. His theory of incompleteness revolutionized the very foundation of logic but, at the same time, laid important foundations for computing and the developments of quantum physics. 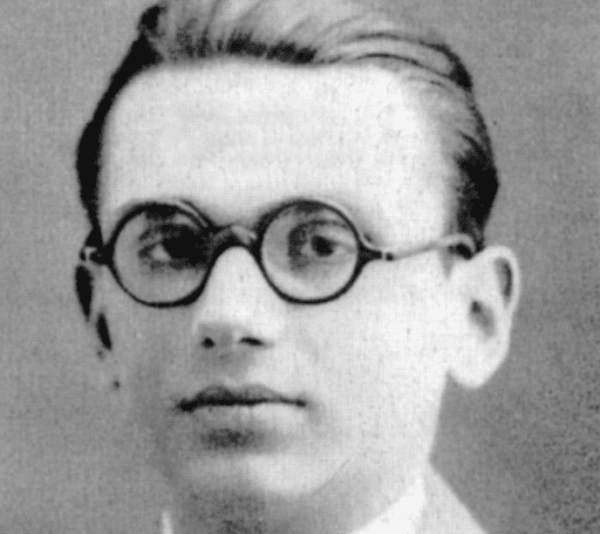 Kurt Gödel is, without a doubt, one of the greatest mathematicians of all time. We could say that, thanks to his contributions, the errors in the foundations of mathematics at that time were laid bare. Not only did he prove that there were inconsistencies in what mathematicians knew at that time but he also showed that logic has important limitations.

This wonderful scientist is living proof that reason and lack of reason can coexist perfectly. Both theoretically and in the lives of human beings.

Kurt Gödel was an absolutely brilliant man, but he also had completely irrational convictions. He was a paranoid genius in whom intelligence and madness coexisted simultaneously.

“Life may be miserable for seventy years and happy for a million years: the short period of misery may even be necessary for the whole.”

In other words, what Kurt Gödel showed is that we can’t prove all mathematical truths. Or, as a BBC article put it: “What Gödel did was use mathematics to prove that mathematics couldn’t prove everything in mathematics”.

From this premise, then, it follows that there are truths, mathematical and otherwise, that, can’t actually be proven, even though they may be true.

His own family gave him the nickname “Mr. Why”. Gödel was always a person with an unbridled curiosity about the world he lived in. He wanted to know everything about everything and find an explanation to everything around him. As a result, he kept on asking questions. This is how he earned his famous nickname.

He was born on April 28th, 1906, in a town called Brünn, which, at that time, belonged to the Austro-Hungarian Empire. It later became Czechoslovakia. Today, it’s part of the Czech Republic. The issue of nationalities was very complicated for Gödel to deal with.

He came from a German family and didn’t speak Czech. With the disappearance of the empire, he became a Czech citizen overnight. Since he didn’t feel part of that nation, he decided to become an Austrian national in 1923. Later, Germany annexed Austria and he became a German citizen. Finally, after World War II, he became an American citizen.

Before Kurt Gödel arrived on the scene, mathematics was the field of absolute certainty in science. In other words, this is the field that had what every scientist was looking for: truth. This fact seemed unquestionable until the cracks started to appear.

By the beginning of the 20th century, mathematician Georg Cantor had already sown some seeds of doubt. Russell’s paradoxes also fed these very doubts.

David Hilbert, a famous mathematician, then set out to prove that the foundations of his science were as sound as they had ever been. He tried everything he could until the appearance of Kurt Gödel and his degree thesis. It proved that this certainly wasn’t the case.

Kurt Gödel had graduated with honors from the University of Vienna. In his thesis of only 11 pages, he postulated his incompleteness theorem. Using mathematics, he managed to prove that there will always be at least one hypothesis that we can’t prove, even if it’s true.

In 1936, one of his teachers was murdered by a Nazi. As a result of this event, Gödel suffered a nervous breakdown and spent some time in several psychiatric institutions.

In 1938, Kurt Gödel married Adele Nimbursky. She was an ex-dancer six years his senior, with whom he stayed until his death.

The following year, he was called up for military service with the Nazis. However, the couple decided to flee to the United States, traveling on the exhausting Trans-Siberian Railway. They arrived in Princeton, where Gödel continued his work.

His friendship with Albert Einstein is well-known. People often saw them on campus taking evening walks and chatting endlessly.

Gödel was also a great student of philosophy and both his mathematical knowledge and philosophical concerns led him to write “Gödel’s ontological proof”. This postulate is an attempt to prove the existence of God.

For much of his life, Kurt Gödel was beset by paranoid thoughts and depressive states. It may well be that realizing that all these “truths” were actually in question affected his mental health.

In addition to that, he was convinced that someone wanted to poison him. Thus, he only ate what his wife prepared for him. However, his wife became ill and was in the hospital for six months. During that time, sadly, this great genius died of hunger.

Henri Ey created the approach to psychiatry known as organodynamics. He intended this approach to be a synthesis of organicism…