The Kübler Ross Model for the 5 Stages of Grief 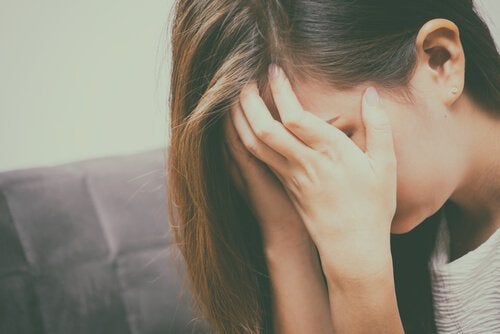 Probably the most well-known theory about how we deal with death is the Kübler-Ross model and its 5 stages of grief. This theory says that there are 5 different stages people go through when they deal with death, whether it’s their own or a loved one’s. But Kübler-Ross’ studies became very popular and frequently misinterpreted, probably because they weren’t always explained accurately.

In 1969, psychologist Elizabeth Kübler-Ross did some studies on terminal patients. She wanted to figure out what factors come into play when we face death. After a long period of research, she realized that her patients went through very similar stages. She then started to develop her theory of the stages of grief.

The stages of grief according to Kübler-Ross

The stages of grief incorporate the attitudes people have when they confront death. It’s what your mind does as it tries to solve the problem. But since it’s not exactly a problem that we can solve, our emotions go all over the place until we reach a place of acceptance.

Evidence for the theory and what it means

The Kübler-Ross theory has been criticized. One common, understandable criticism has to do with how rigid the original theory was. According to the first version, if you were going through these stages, you had to move on to the next stage or you’d get stuck in the one you were in. There was no flexibility.

However, current research and maybe some of your personal experiences show how that’s not true. It’s common for people to go backwards and skip a stage. There are also people who go through the stages in a completely different order.

Of course, it’s still true that every stage plays an important role. The stages line up pretty well with how most people process their grief. But maybe the best thing would be to interpret the different states of mind as attitudes toward loss, not stages.

As a result, we’ve been able to treat grieving people better because their feelings are normalized in it. Her model has also helped psychologists treat anticipated losses, like in cases of terminal illness.

As a general rule, we seem to have a negative concept of spending time alone. We even use electronic devices and social networks to help ourselves feel more connected to…

Humans are social animals. In fact, social relationships are responsible for all the progress humans have made to date. This concerns…

The experience itself is the best way to learn because otherwise it wouldn't be us who learned, but rather those…