Do You Know the Seven Types of Non-Monogamy? 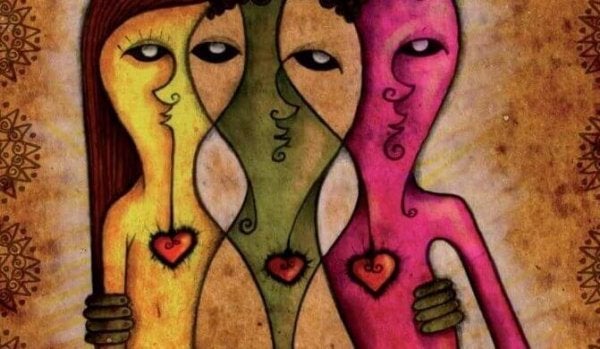 Who said that relationships are only built between two people? Many people have discovered that monogamy isn’t the only option. Thus, terms like ‘relational orientation’ have emerged. It means that just as people are attracted to a certain gender (or genders), we also have a preference for the type of relationship we like the most. Recently, more and more people are practicing one of many types of non-monogamy.

If you’re a person who’s discovering your relational orientation, this article will help you out. Here, you’ll discover the seven types of non-monogamy that exist. By studying them, you can discover if any of them are right for you.

The seven types of non-monogamy

Surely you’ve had monogamous relationships. Think about them for a moment. Reflect on how you felt (or feel) within these relationships. Maybe you feel that those relationships don’t fit who you are. Therefore, maybe it’s time to rethink the way you experience love.

Below, you’ll see the seven main types of non-monogamy that exist. Of course, there are many more ways to have an open relationship. However, most people who practice non-monogamy do so in one of these ways.

Swinging is when a monogamous couple engages in sexual activities with others. The main difference between it and the other seven types of non-monogamy is that the members of the relationship can only have sex with someone new if their partner is present.

Some people have a high sexual desire and many sexual fantasies. In general, people who define themselves as ‘liberal’ don’t have established rules regarding how and when they can have sex with others. On the contrary, they talk about their feelings with their partner as they arise.

Some people who practice liberal relationships participate in group sex or exchange partners. Others, on the other hand, are only open to chance encounters if they happen spontaneously.

Some people want to have sex with different partners. However, instead of deceiving their partner, they want to do so in a consensual manner and communicate all their intentions and actions. This is the case of a non-sexual exclusivity relationship.

Polyamory is different than the above because those who practice it are trying to have several real partners. Therefore, those who choose polyamory consider themselves capable of falling in love with more than one person.

Hierarchical polyamory is a type of non-monogamous relationship in which there are several stable couples. But some of them are more important than the others. So, there are usually primary couples, secondary couples, and even tertiary couples.

For other people, however, talking about a hierarchy goes against the very idea of polyamory. Consequently, its advocates consider that they can love all their partners equally. Of course, this would imply that no one would have any kind of privilege over the other members of the multiple relationships.

Finally, some people prefer to enjoy relationships without labeling them. Practitioners of relational anarchy believe that rules within a relationship only cloud the affective bond.

Is any one of these right for you?

Human beings have the ability to think, question, discuss, and compare. Therefore, it’s important to use our mental capacities to ask ourselves how we would like to live our relationships. If you think that non-monogamy could be right for you, ask yourself the following questions:

If you answered ‘yes’ to most of these questions, chances are that monogamous relationships aren’t meeting your needs. The good news is that we live in a time when we can choose. It’s not about deciding which is the best type of relationship, but about which one fits you best.

Some necessary clarification about non-monogamy

As it happens in many aspects of life, the society in which we live in has some beliefs about different realities. Because Western culture is built on monogamy, many people may still have some misconceptions about relationships that aren’t based on monogamy.

Here are some clarifications on non-monogamy:

Opening your mind to the existence of these seven types of non-monogamy can help you find the relationship model that works best for you.

Agamy: A New Way of Living Relationships
Agamy is based on avoiding that a certain type of relationship (one that we call loving or romantic) subsumes the rest under its pattern. Learn more here! Read more »
Link copied!
Interesting Articles
Romantic Relationships
The Wonderful Experience of Growing Old Together

Romantic Relationships
Falling in Love After 50: A High-Flying Adventure

Falling in love after 50. Four or five decades ago, this was a virtual impossibility. At that age, you had…

The world of relationships can sometimes be a bit complicated. It's a social relationship in which two people love each…