Do You Know the Effects of Marijuana on the Brain? 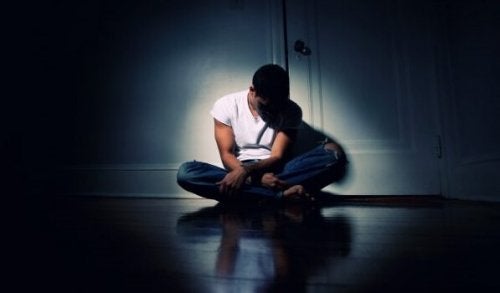 A few minutes after smoking marijuana, your heart rate increases, your blood vessels dilate, your eyes get red, and your blood pressure rises… It is quite obvious that the effects of marijuana cause changes in your body.

But smoking marijuana doesn’t just have effects on a physical level. It also affects consumers mentally. We know plenty about the effects of marijuana on the brain. It seems there are few people today who don’t know what marijuana is or what it does. Nevertheless, it’s important to pause and remember what exactly this substance is.

Marijuana, or cannabis, is a green or grayish mix of flowers and dried crumbled leaves of the hemp plant. There are more than two hundred names for this substance. People call it Mary Jane, herb, and pot, to name a few.

Marijuana is the name that Mexicans gave to the India hemp plant. This is a species of the Moraceae (mulberry) family and it looks like a skinny nettle. It measures about 1.8 meters and can be cultivated in any hot place. Cannabis is a plant with a long history and tradition, and many uses because of its properties. People use it recreationally (drugs), medicinally, and industrially (as the raw material).

The main active chemical in marijuana is THC (chemical name (−)-trans-Δ⁹-tetrahydrocannabinol). THC is the primary psychoactive compound in cannabis, and one of the more than 80 different cannabinoids present in this plant. In fact, THC is the most abundant cannabinoid in cannabis.

When you use marijuana, whether you smoke, vape, or ingest it, the cannabinoids interact with different receptors in the brain and body. These receptors form part of the endocannabinoid system. Through this interaction, cannabis use has different effects on consumers.

THC is the primary psychoactive compound in cannabis and one of the more than 80 different cannabinoids present in the plant.

The membranes of some nerve cells have protein receptors that retain THC. When THC reacts with these receptors, it produces a variety of effects in the body. It can cause euphoria, relaxation, joy, among other sensations. There are also strains of cannabis that companies use to produce industrial hemp. These strains contain less than 1% THC and are not fit for recreational use.

Humans have been using cannabis for thousands of years because of its effect on the mind and body. The effects of marijuana on the brain are a general shift in perception, euphoria, and a better mood.

Likewise, use of cannabis increases appetite and gives the consumer a sense of being “stoned.” The immediate side-effects include short-term memory loss, dry mouth, bloodshot eyes, reduced motor skills, and anxiety.

In the long term, marijuana can diminish mental capacity and cause addiction. The immediate effects of marijuana last between two and eight hours. If you smoke marijuana, it takes just a few minutes to feel its effect. If you ingest it, it can take between 30 minutes to an hour to feel it.

The effects of marijuana on the brain cause changes in perception.

People often say that marijuana is a harmless drug. However, we shouldn’t disregard the many possible negative effects of it. One of these effects that we tend to play down is amotivation syndrome. The word “amotivation” implies everything that leads us to consider a marijuana addict a true “social outcast.”

According to the psychologist Vallejo-Najera, when experiencing amotivation syndrome a person can go through the following four phases:

The effects of marijuana according to the World Health Organization (WHO)

The subjective effects start a minute after inhalation. Marijuana’s maximum effects take place thirty minutes after smoking. That is also the case in the subjective plane of the smoker. The effects can last for about four hours if marijuana is smoked. The effects of ingested marijuana can last for eight hours. What users talk about most often is their altered sense of time. When people use marijuana, everything seems to last longer than normal.

One of the effects of marijuana that we tend not to pay much attention to is amotivation syndrome.

Users also talk about their heightened auditory sensitivity and an increased appreciation for music. Some people mention a subjective sense of heightened touch, taste, and smell. In general, marijuana’s effects on the brain depend on how the consumer ingests it and how much THC it contains. Tetrahydrocannabinol doesn’t dissolve in water. That is why ingestion and inhalation are the options for consumption.

In the case of severe intoxication, cannabis can cause paranoid thoughts, delusions, hallucinations, depersonalization, delirium, confusion, agitation, and anxiety. It can also cause crazy thoughts and bewilderment, along with agitation and violent excitement. These effects go away after a few hours.

The effects of marijuana on the brain during severe intoxication can cause hallucinations, paranoid thoughts, and delirium.

The personality of the consumer also plays a role in the effect that marijuana has on the brain. People who are overwhelmed with anxiety, fear, and panic can have severe psycho-toxic reactions. They tend to be agitated, depressed, and withdrawn.

The truth is that we shouldn’t take drug consumption lightly. This is true even for a drug like marijuana that has been around for hundreds of years. Drug consumption has increased mental problems among young people. This is especially worrisome if we consider that marijuana use increases the possibility of a psychotic incident. In addition, increases in anxiety and panic attacks are related to habitual drug use.

Ecstasy – The Love Drug
The psychoactive substance we know as ecstasy is a synthetic drug. That means that it is made in a lab via chemical synthesis. People usually produce drugs this way to avoid any legal limitations. Producers take illegal substances and make small changes to them in the lab. Read more »
Link copied!
Interesting Articles
Psychology
The Importance of Having Someone Nearby when Everything Collapses