King Solomon's Paradox basically says that people are wiser when they reason about others’ problems. You're probably aware of how easy it is to give good advice to others and how hard it is to know what to do about your own problems. This is a fairly common phenomenon because, after all, managing one's own challenges is more complex. 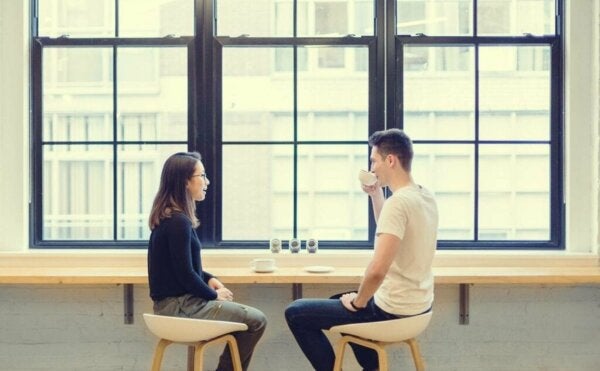 King Solomon’s Paradox defines a behavior many people can identify with. It happens when one is particularly good at giving advice. Everyone has a great disposition, resourcefulness, and empathy to connect with others and can easily find the most appropriate words. However, that same competence is useless when it comes to oneself.

In other words, this idea perfectly defines the classic saying that goes along the lines of “My best advice is that I give to others”. Let’s face it, it’s always easier to attend to and act on other people’s perspectives than to take responsibility for your own. In addition, it’s even interesting to reflect on the worlds of others than to take responsibility for one’s actions.

As you can see, if this is your biggest problem, if you’ve been the best friend of others but your worst enemy, then you need a solution. In fact, there’s a valuable strategy to change this curious yet common paradox.

It’s common to envision a classic wise human when you hear about King Solomon. According to a few religious books, people made long trips just to ask him for advice. He did it with great success, attaining fame and garnering admiration due to his original and brilliant reasoning.

Now, despite his gifts when it came to advising others, he also ended up being known for his lack of virtue and inappropriate lifestyle. He made bad decisions, not only once but several times. Also, he had an uncontrolled passion for money and women. Most importantly, he failed to properly raise his only son, which is why his own kingdom was defeated. All of this sort of describes the well-known paradox of King Solomon.

Why are people wiser when it comes to other people’s problems than to their own?

Many people are used to always being that friendly shoulder everyone turns to during hard times. They’re highly supportive and give great advice. In fact, their suggestions or recommendations are a type of reasoning that facilitates the proactivity of others. They’re positive to those who must face common life challenges on their own.

However, all the intellectual and logical brilliance they apply in others is absent when it comes to their own problems. In addition, people who suffer from King Solomon’s Paradox make the most obvious mistakes and have the least adjusted behaviors. They often wonder “How come I can give valuable advice to others and not follow it myself?”

Everyone feels affection for their friends, family, and anyone close enough to seek their advice. Now, King Solomon’s Paradox hides a cognitive bias and it goes like this: people reason better when certain things don’t affect them directly.

It’s easy to suggest things such as “All you have to do is go for it, life’s too short to be a captive of your fear. In the end, you’ll only miss the best opportunities, so change your programming”. This is definitely an effective, sparkling, and even inspiring piece of advice. However, it won’t do you any good to say to yourself “Come on, be brave and do it!” when you find yourself at a crossroads.

The mind doesn’t act with such alacrity and resolution when adversity is nominative. This kind of thinking gets caught in the web of fear, insecurity, and defense mechanisms when you’re the one going through a problem. Hence, you can’t follow your own advice most of the time.

How to use your wisdom for your own challenges and problems

You often need wisdom, so it’d be really helpful to have some of King Solomon’s advice for yourself. How to be your best advisor and the most infallible decision-maker?

Igor Grossman from the University of Michigan is an experienced psychologist in the study of wisdom. He’s also quite familiar with King Solomon’s Paradox. In his research, he points out that perhaps the celebrated last monarch of the united kingdom of Israel would’ve fared better if he’d imagined himself traveling to seek advice from another wise king. Ok, but what does this mean?

It implies that the best strategy to find solutions to your daily challenges is to imagine, for a moment, that your problem isn’t yours but someone else’s. With this, you apply psychological distance. It’s a valuable and effective resource that amplifies ideas, changes your perspective, and opens new options.

Also, ask yourself questions in the third person such as “Why do they feel this way?” or “What could they do to feel better?” They’re effective catalysts to seek solutions and take action. They’re your best allies in times of need. Thus, heed this advice and put it into practice.

Your Child Will Follow Your Example, Not Your Advice
To your child what will be worth it in these social circles is what you can see and what you can soak through examples that follow. Read more »
Link copied!
Interesting Articles
Curiosities
The Psychology of Phishing: When Emails Are Dangerous

Curiosities
What's the Purpose of Bail?