Kindness Without Action Is Useless 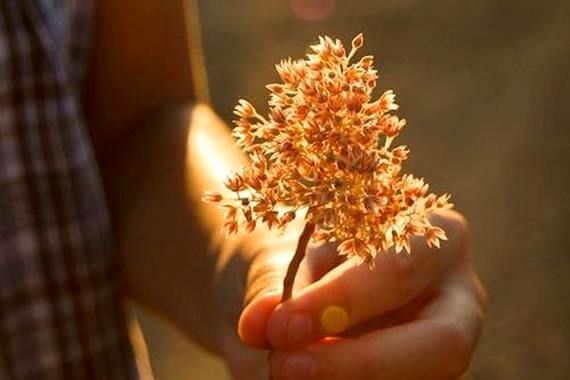 Kindness is the true symbol of superiority in human beings. However, if it is not accompanied by actions, it is useless. We all know the type of person that speaks a lot, but does very little. Personalities characterized by noble words and selfish actions. Let’s start changing the world, translating the authentic nobility of our hearts into actions.

This idea, which might seem obvious at first glance, holds within an evident fact. Many people practice a type of immobility in which they think it’s enough to think of themselves as “good people” in order to find their own contradictory satisfaction. However, they are incapable of seeing nearby needs, concrete facts which demand a certain type of elemental empathy. One which we don’t see as often as we would like to.

“If you want to change the world, change yourself.”
-Gandhi-

Someone once said that in order to do away with evil, the only thing we need is for good people to act, to do something. Kindness, hence, is not an empty entity. It’s not a pill that you take in order to make your heart more noble and then make a donation to a non-profit organization. It’s also not a label one should brag about to others.Kindness is not something that you choose, it’s something you feel. It makes us feel the imperious need to act, to respond, to attend to and protect. Despite the fact that the rest of the world might not understand or might criticize us for it. Kindness is, therefore, an authentic act of heroism.We urge you to reflect upon this.

Good people are cut from a different cloth

We’re aware that this topic might raise certain controversy. First of all, many people will wonder what we refer to as “good people”, what makes them different than the rest. Why do we tend to call them anonymous heroes, silent heroes which nobody talks about. Well, we need to clear up that by categorizing people as “good”, we don’t mean to say that the rest are “bad”. We are not establishing any sort of dichotomy.

Kindness is, above all, the absence of selfishness. If we isolate this variable in our equation, we’ll have a behavioral profile with dimensions like empathy, compassion and altruism. Now, an exceptional trait of this type of personality is that they are cut from a different cloth which no one sees. It’s enough to surpass the first layer of their skin to discover something beneath. They shine. These are people who put other people’s needs before their own.

This last facet isn’t seen as often. Not everyone prioritizes their peers to the point of putting their own needs into perspective. And not doing it or feeling this way doesn’t make you a bad person. Simply, that type of altruistic sacrifice or willpower seems strange, foreign and even contradictory. Maybe that’s why we don’t understand why many volunteers put their lives at risk in order to help people who are so far away.

In fact, many times, we also don’t understand that friend, neighbor, coworker or sibling of ours who gives everything to their community without expecting anything in return. Kindness, as with the rest of our motivations, is not always understood. And precisely due to this incomprehension, it very seldom receives the acknowledgement it deserves.

If you practice kindness, something changes in your brain

In order to practice kindness, you don’t need to give away all of your material goods. You also don’t have to travel to India or Tibet, nor must you choose a side in wars that don’t help aid the needy or the oppressed. Authentic kindness starts by putting it into practice our closest environments. In those events which occur in your day-to-day lives that we don’t see most of the time.

“Greatness will never be found if there’s an absence of kindness, respect, humility and truth.”
-León Tólstoi-

No act of kindness, no matter how small, will be a waste of one’s time. In fact, its enough to simply take the first step and act so that slowly our brain will experience small but wonderful changes. So much so, that you won’t be surprised to know that acts of generosity and altruism activate the same neuronal mechanisms within our brain as empathy.

When you do something meaningful for your peer, you receive endorphins from your brain which somehow reinforce that pro-social behavior which dignifies our species. Human beings have as their primordial priority to guarantee their survival. Thus, kindness accompanied by actions and not just by desire guarantees this fundamental principle of survival.

The next generation of kindness

On the other hand, something that we shouldn’t ever neglect is transmitting to our children this type of vital approach. Jerome Kagan is a psychologist of the University of Harvard. He has proven through his studies that babies have an innate ability. They can positively connect with the people around them. Emotional caresses favor and boost the maturation of the infant brain in a simply marvelous way.

Thus, we must plant the seed of the value of empathy, respect and altruism in them. This way, we will win in this era of modernity and technology. It’s a challenge and an act of great responsibility we all take a part of, we are all important. Because if our especies has managed to evolve to the point of giving shape to this thing we call “humanity”, now we only need to take it one step further in order to create a common consciousness. A network based on mutual respect, compassion and the value of others as part of one’s own being.

Psychology
Saying "No" in a Positive Way

With the new ideas regarding education and positive discipline, the word "no" (usually used by our parents and grandparents) is often seen as an evil word. This makes many parents…

Psychology
The Magic of Keeping Everything in Order

People often say that order is the pleasure of reason, and disorder the delight of imagination. For the Japanese, the…