Juan Rulfo is one the most acclaimed writers of his generation. Self-taught, ambitious, and, above all, one of the most mythologized Mexican authors. 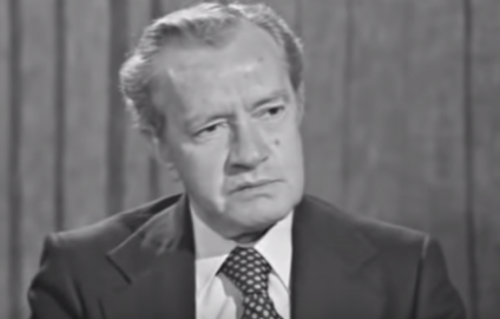 Juan Rulfo was an important and powerful writer that gave rural Mexicans a universal voice. Despite not winning the Nobel Prize for Literature, he shared many great works. Namely, the novel Pedro Paramo and the storybook The Burning Plain and Other Stories.

His real name was Juan Nepomuceno Carlos Pérez Rulfo Vizcaino. We don’t know where he was born exactly, but his birth records state that it was in the town of Sayula. However, there’s also talk of him being born in Apulco, where his mother’s estate was, or in San Gabriel, the town that captured his heart. What all of these places have in common, apart from being in the state of Jalisco, are that they’re the scars of the Mexican Revolution and the Cristero War.

“And I opened my mouth to let my soul escape. And it went. I knew when I felt the little thread of blood that bound it to my heart drip into my hands.”

A violent event marked this fabulous writer’s childhood. He was born on May 16, 1917, and witnessed the great social upheavals in his country. When he was only six years old, his father was murdered. His mother was very devastated and died only four years later. Thus, Juan Rulfo’s childhood was fractured.

Juan Rulfo: His Life and His Work

Juan Rulfo had a very unstable education. In particular, he had to change schools several times for various reasons. After the death of his mother, his uncle, who became his guardian, sent him to the Luis Silva Institute in Guadalajara in 1927.

One of his teachers, Father Irineo Monroy, unwittingly gave him his greatest treasure: books. Father Monroy was an ecclesiastical censor. Thus, he went around the town, reviewing all publications to determine if they were lawful to read. However, he kept whatever he considered unlawful, meaning he amassed an extensive library.

When he left, he left behind all the books in the house where Juan Rulfo lived. Form that moment on, reading would become Rulfo’s greatest hobby. Later, Rulfo said, “I spent all my time reading, you couldn’t go outside because you’d be hit by a bullet.” He grew up reading books by Alexander Dumas, Victor Hugo, and by any other author whose work fell into his hands.

Rulfo wasn’t an author that liked to talk about his life. Sometimes, he was prone to vagueness and would give false accounts. For a long time, he claimed to have been born in 1918. However, according to more reliable documents, he was born in 1917.

Juan Rulfo belongs to the group of writers that never got a university degree. In other words, he was a self-taught writer. However, he did try to study at the University of Guadalajara, but a lengthy strike prevented him from finishing his studies. Later he tried to revalidate his academic credits but the university refused to do so. So, in 1934, he decided he would no longer pursue an academic career, opting for a new path. From that moment on, he became a traveler.

In 1937, he began working as a file clerk at the administrative offices of the government of Guadalajara. At that time, he also began a friendship with Efren Hérnandez. He was the first person who believed in his writing abilities and encouraged him to publish his work. In 1941, he worked as a migration agent where he met Juan Jose Arreola, the writer. Arreola strongly influenced Rulfo’s writing.

He also developed other passions: photography, history, and anthropology.

In 1948, Juan Rulfo married Clara Aparicio, with whom he had several children. Gradually, his fame as a writer and intellectual grew. Later, the Mexican Writers Center awarded him several scholarships, which allowed him to devote himself fully to writing.

In 1952, he published The Burning Plain and Other Stories and published Pedro Paramo in 1955. Some consider the latter to be one of the greatest novels of all time.

These two great works gave Juan Rulfo national and international fame. At the time, he was the most famous Mexican writers. Great writers such as Jorge Luis Borges, Susan Sontag, and Gabriel Garcia Marquez, among others, all praised him.

During the last twenty years of his life, he worked as the editor of the National Institute for Indigenous Peoples. There, he created one of the most important anthropology collections. Additionally, he also participated in several photographic exhibitions and published new literary works in the 80s.

Rulfo was one of the first writers who managed to incorporate popular and local language into his novels without needing to include a glossary. In other words, readers don’t need a manual to decode what he wrote. The text itself allows readers to interpret their meaning and understand the most popular aspects of the language.

Rulfo’s work marked a before and after. He became a mythical author that countless writers have praised.

Rulfo became a legend. Ironically, this distanced him from his readers. In 1955, Rulfo stopped publishing for unknown reasons. Although some scholars believe anxiety might have played a role, they haven’t been able to prove it. Paradoxically, the more famous he became, the fewer works he published.

His fame established him as one of the most recognized authors in Mexico. In 1983, he received the Princess of Asturias Award for Literature. He died a few years later, in 1986.

Five Fascinating Quotes by Mexican Poet Octavio Paz
You may never have heard of him, but if that's the case then it's all the more reason to read these quotes by Octavio Paz, one of Mexico's greatest poets. Read more »
Link copied!
Interesting Articles
Literature and Psychology
Flowers in the Desert: A Lesson in Recognizing Love

Let's be honest. On a daily basis, most of us cope with a mind that wants to go faster than…