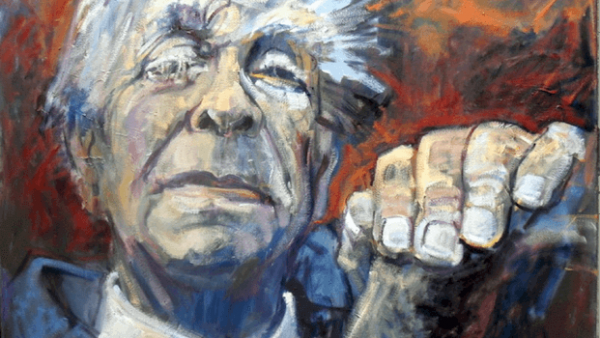 You could fill many pages when trying to decide on the best phrases by Jorge Luis Borges. His sharpness of wit and charm left us with some wonderful reflections, which always amaze us when we succumb to the temptation of reading it.

The very name of this Argentine is unique and peculiar: Jorge Francisco Isidoro Luis Borges Acevedo. He was born, almost in the same moment as the 20th century, in Buenos Aires. The most interesting thing about his profuse body of work is that he resists any classification. Borges is Borges. There are no schools or doctrines that completely contain him.

“There are defeats that have more dignity than a victory.”

One of the great enigmas of the literary world is that, though Borges is read and loved throughout the world, he has never won a Nobel Prize. However, his name is always among the list of favorites for it. It has always been said that this was due to his political position, cataloged as conservative by many in the world.

In a strict literary sense, few have reached the universality of ideas, the perfection of language, and originality of arguments that Borges has. Not to mention his poetry, which is always among the most exalted. As a tribute to this writer and as a small literary banquet for readers, we include here five fascinating phrases by Jorge Luis Borges.

1. Time, a recurring theme in Borges

Jorge Luis Borges makes time one of the raw materials of his work. The past, the present, and the future parade before him and inspire this wonderful phrase “The future is as irrevocable as the rigid yesterday. There is not one thing that is not a silent letter in this indecipherable eternal scripture whose book is time.”

Borges defines time as a book, in which each page continues the previous one and determines the next one. The present is not in it, at least not as many see it. We are a past moving towards a future that is also already delineated by that yesterday.

2. The anonymity that we will become

If there is one thing that characterizes Borges, it is a fine and intelligent humor. He made irony an art. This is reflected in this beautiful and forceful sentence: “We all walk towards anonymity, only that the mediocre ones arrive a little earlier”.

Actually, we all walk towards oblivion. For each achievement that is made, time erases the name of its author. Those who do not perform transcendent actions or works are prey to being forgotten earlier. But the others do not escape either: no matter how great a feat, there someone will always arrive to do better.

This is one of the most classic phrases of Jorge Luis Borges about politics: “For me democracy is an abuse of statistics. And besides, I do not think it has any value. Do you think that to solve a mathematical or aesthetic problem you have to consult the majority of people? ”

With his usual sense of humor, Borges speaks to us about the fragile sustenance of democracy: the will of the majority. It reflects an uncomfortable truth: majorities do not have to have, by principle, more reason than minorities. It is simply a matter of statistics that is imposed.

“One should not confuse the truth with the opinion of the majority.”

Borges reminds us that memory is a dynamic reality, mutant and imprecise. As science has shown, we remember what we want, in the way we want. Memory is not true to the facts.

All that is reflected in one of the phrases of Jorge Luis Borges: “We are our memory, we are that chimerical museum of inconstant forms, that pile of broken mirrors”. It shows us that memory is a puzzle, which always needs many pieces and does not stop being magical.

5. How far you come traveling alone

Traveling alone, not in a literal sense, but in a figurative way, makes the road lose meaning. This is what Borges emphasizes here: “If I started a trip alone, I would spend my life circling … and I would arrive at a customs office, at an airport, possibly arrive in Ezeiza and I would not go beyond Ezeiza”.

It’s as if he were telling us that a solo trip is a way to get anywhere. It is only transition, intermediate point, but not goal. To travel a lonely road is to go around without meaning, and never finish leaving.

Jorge Luis Borges was one of the privileged minds of the contemporary world. His reflections and his clear vocation for the truth have left us with a legacy. A legacy that surely, despite the fact that time has passed, we still do not finish evaluating in its proper measure. Borges is one of those writers who is always worth having close, very close: at the night table.

Psychology
Psychologists: Helping You Interpret Your Thoughts and Emotions

Psychologists have the job of studying people's behavior. They help people understand their problems by interpreting their thoughts and emotions. They…

Processing obsessive thoughts is a tough job. It takes a lot of willpower and discipline. It's a constant battle against your…