It May Be a Good Idea to Create an Alter Ego

Franz Mesmer was the first person to use the term "alter ego". It happened when he detected that some people radically changed their personality under a state of hypnosis. He called the emerging facets alter egoes, Latin for "another me". 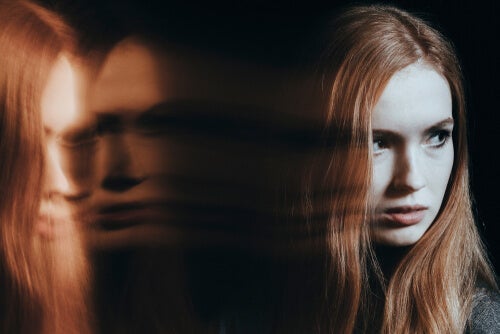 Every individual has a unique personality, even if they only develop a small part of it. In principle, “alter ego” refers to some of the facets that don’t manifest but have potential. Some think it’s a good idea to create an alter ego so that everyone experiences themselves more fully. Could this be true?

Literally, ego means “me”, while alter ego means “other me”. You may already be familiar with the first term. It’s another word for “personality”, comprised of the traits that define and differentiate you. The alter ego, on the other hand, inhabits your unconscious. It’s a villain, a hero, or an artist who’s dormant in you. Your other identity that didn’t develop for whatever reason.

For example, you may have had a true fascination with animals when you were a child. And it’s possible that this passion took a back seat over the years and that you ended up as an accountant of a large company in the end. Of course, you may like your profession very much. However, deep down, you remain very curious about your previous passion. You may not pay attention to it but it’s still there. Thus, that’s your alter ego.

“The ego is not master in its own house.”

The multiple meanings of alter ego

Franz Mesmer was the first person to use the term alter ego. He was an eighteenth-century doctor who used hypnosis to treat his patients. He found that some people showed strange facets of themselves during the hypnotic trance. It was as if they were a different person; as if their alternate self emerged under such conditions.

The concept of alter ego is frequently used in the art world, especially in literature. Many writers make it the protagonist of their stories. They build characters that are seemingly opposite. But it’s about them, obviously. This is clear because nobody could create something they’re not familiar with.

Oftentimes, the characters in the stories themselves also have an alter ego. It may be a friend, a counselor, or a partner who contrasts with their typical way of being and acting. The character, for example, is talkative and there’s someone next to them who constantly asks them to be sensible or who helps them get out of trouble.

In theater, actors use the alter ego to build different characters from themselves. Also, it’s a common recurrence in superhero comics. Clark Kent is a shy reporter who thrives as Superman. Thus, this begs the question: is it worth exploring your alternate personality?

Building an alternate personality is therapeutic. This is because your other self can take care of many of the things that your self would never dare to do. It’s also possible for it to become the ideal complement to your life, just like in the previous example about the animal lover. If they would let out their hidden scientist, perhaps it would lead to greater fulfillment in their life.

As you can see, you may sometimes build an alter ego to free yourself from the limitations imposed by your ego. For example, a person who’s highly attached to material things could pretend to be generous at certain times and experience what it feels like to give firsthand.

Also, someone who’s extremely reserved could come up with an alter ego to expose themselves to non-familiar social situations under different conditions. That other self, or created character, may have its own name, its own history. It’s an imagination game that eventually turns out to be psychologically beneficial.

An alternate personality is only a harmful factor in the case of dissociative identity disorder, better known as “multiple personalities”. In this pathology, the other-self, or other selves, are constructed unconsciously and for ill-intentioned purposes.

Similarly, if you consciously build an alter ego for healthy purposes, it may actually become an excellent resource for you to evolve and lead a better life. Generally speaking, identity is a concept that’s often limiting, since it only corresponds to a part of yourself and that most assume as a whole.

It’s important to understand that individual identity is a dynamic and flexible concept. Of course, everyone has dominant traits. However, this doesn’t mean that that’s all you can be or that you can’t explore other parts of your being that, perhaps, also shine with their own light.

Otherkin – People Who Don’t Identify as Human
The otherkin is a community of individuals who don't consider themselves human. They truly believe that their identity is non-human. Read more »

Link copied!
Interesting Articles
Personality Psychology
Gifted Adults: What Are They Like?