Is It a Coincidence or Fate? 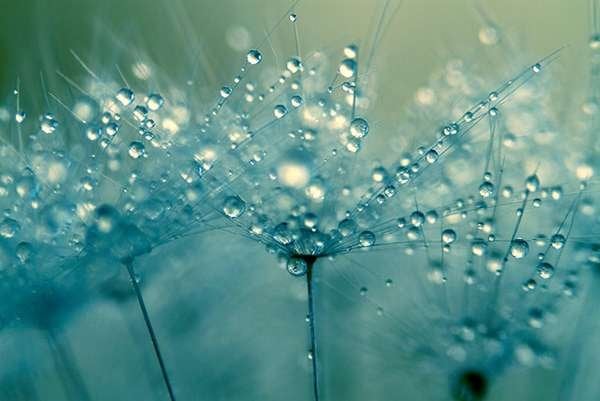 Coincidences have always sparked curiosity and fascination. Sometimes, everything seems to synchronize inexplicably, so that two seemingly unrelated situations match up. As a result, people have always associated these chance occurrences with a higher power, making us wonder if they are coincidence or fate.

Chance has also been a deep source of worry and questions. It’s been studied from many different perspectives, from philosophy to the occult. It’s a force that’s been present since the beginning of life itself. Why were we born? Why into this family, this country, these circumstances, and not others? Is there something that can explain it, or is fate simply chaotic and indecipherable?

“There is no such thing as chance; and what seems to us merest accident springs from the deepest source of destiny.”

Both fate and coincidence have given rise to a whole host of theories, which range from those that are supported by statistics, to those that view these phenomena as supernatural intervention. One name in psychology stands out among the rest: Carl Jung. The psychoanalyst, first follower of Freud, and founder of his own school of thought dedicated much of his work to these phenomena. He was the one who postulated the interesting concept of synchronicity.

What has been said about coincidence and fate?

One of the first people to ask questions about coincidence and fate was Hippocrates, the father of medicine. According to this wise Greek doctor, all components of the universe are linked by “hidden affinities.” In other words, he believed there were laws that explained everything, we just didn’t know them yet.

Arthur Schopenhauer, a well-known German philosopher, thought something similar: “the destiny of one individual will invariably adjust to the destiny of another, and each one is the protagonist of their own drama, while simultaneously playing a role in the other’s drama. This is something that exceeds our ability to comprehend.”

With Sigmund Freud, the concept of the “collective unconscious” started to take hold, while Carl Jung was the one who gave it a definitive form. He defined as content that is beyond our awareness and is common to all human beings. It includes memories, fantasies, and desires that we’re not aware of, but that are present in all of us. The collective unconscious is the origin of unconscious communication between people, which would explain a lot of what we call coincidences.

Later on, the psychoanalyst developed the concept of synchronicity, which he defined as “temporally coincident occurrences of acausal events.“ In other words, it is the confluence of two situations, neither of which cause the other, that have complementary content. Over time, Jung’s theories derived into magical thinking.

Does fate exist or is it made up?

While Jung’s theory is very attractive, it’s not the only one that can explain coincidence and fate. For Freud, the father of psychoanalysis and Jung’s teacher, it was quite the opposite. In his view, fate does not really exist. Humans are the ones that create it through their stubborn insistence on giving meaning to everything that happens, and also because neurosis causes people to repeat traumatic situations.

For classical psychoanalysis, nothing has meaning by itself. Humans are the ones that grant it, based on their desires and traumas. People tend to see meaning in coincidences where there is none. “I was just walking down the street when I bumped into someone, and it turned out to be the love of my life.” Sure, and the same thing happened 30 other times with people who didn’t turn out to be the love of your life. In fact, the idea of “the love of your life” might also be a fantasy. Beautiful, but a fantasy all the same.

Neurobiologists have discovered that when there’s an increase of dopamine in the brain, it increases the tendency to see patterns in everything, causing people to erroneously attribute meaning to coincidences where there is none, and to establish links, sometimes strange ones, between things that aren’t actually related.

Perhaps the situations we view as fate are more due to the guiding hand of the unconscious. Without realizing, we seek to be in certain situations or have certain experiences. Maybe human beings aren’t as free from fate as we think. Our unconscious fantasies and desires are the things that design what we call destiny. It’s just that giving it a magical tint in some way gives us a certain amount of satisfaction.

Synchronicity: The Curious Science of Fate
A fortuitous encounter with someone you know in a big city can be an example of fate. But, what if we knew that in reality it had to do with a science called synchronicity? Read more »
Link copied!
Interesting Articles
Therapies
The Beach Ball Metaphor for Emotional Regulation

Melatonin has always aroused a great deal of scientific interest. Melatonin promotes sleep and youthfulness. Beyond being responsible for our sleep…

Psychology
5 Signs Your Child Has Autism

Psychology
How We're Manipulated by the Media