Inflated Self-Esteem: What Are You Trying to Hide? 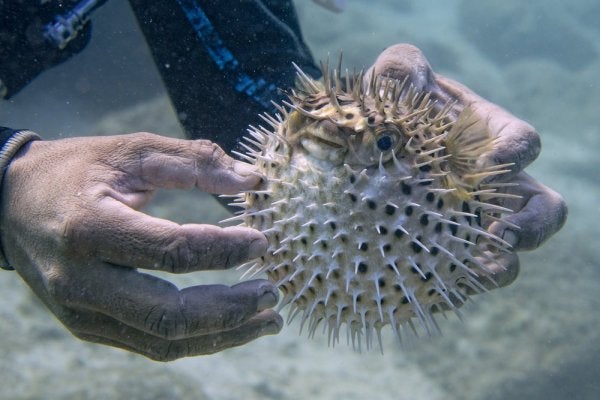 The poor cashier looked at him and nodded her head. What else was she going to do? But the man kept talking and talking about himself, exaggerating, as if he hoped for some sort of recognition or approval from her.

This really drew my attention and I thought, “Why would he have this need for recognition from someone that he doesn’t even know?” I don’t doubt that this man had all of those things in his life and that he’s great, but why such a need to point it out so that everyone knows?

“Pride is not grandeur, it is swollen-headedness. What swells seems big, but really it is a disease.”

Although we may think that this man has a good, healthy self-esteem because it seems like this is what he wants us to see, the fact of the matter is that his behavior reflects quite the opposite.

People with good, optimal self-esteem feel sure of themselves and that security is born inside them and is not dependent on their surroundings, nor their accomplishments, nor their success, nor their physical aspect. It is true that these things have some influence, but in no way do they determine self-esteem.

Therefore, someone who is continuously seeking praise and the good judgment of others is demonstrating that they themselves lack these. Most likely there is something that they don’t like about themselves, so to compensate, they tell everyone how wonderful they and everything around them is. In this way, with this false recognition, they feel secure in the short-term…The possibility of rejection would be terrible!

The problem is that while it is easy to fool others and make them believe that we are someone who we really are not, it is not so easy to fool ourselves.

Inflated self-esteem starts in childhood. The child who has not received adequate praise, admiration, or love from their surroundings will see themselves as lacking value, which is why they will develop low self-esteem.

Once the child is an adult, they can choose between two different paths: either they demand love and praise from those around them, being submissive to their requests, dependent, without knowing how to say no to anything and lacking assertiveness for fear of rejection, or they can exaggerate their identity and their self-confidence, being vain and narcissistic, in this way protecting themselves from the possibility that someone may hurt them or tell them that they have messed up or failed at something.

Deep down, they are people suffering a great fear of rejection and failure, as well as not being praised and recognized by everyone. Their attitude is like camouflage.

As these people are incapable of recognizing their errors, they also will not be able to recognize that they have a self-esteem problem. As a result, helping them becomes a complicated task, for the first step towards change is recognizing that there is a problem.

The problem then goes on for years since, with this disguise, they never expose themselves to the negative opinions of others or allow anyone to point out an error or not recognize them, and if someone were to do this, their attitude would be so hostile and aggressive that it would prevent anything else from saying anything, thus saving their self-esteem in a momentary way, though deep down they are dying of pain. It goes without saying that these people’s social relationships are very toxic, as others will tend to keep themselves at a distance, thereby further reinforcing these people’s low self-esteem.

Unfortunately, reality is what it is and whether we like it or not, there will always be someone who rejects us, who doesn’t like us, or who doesn’t think we are attractive. The sooner we start embracing and accepting this reality, the sooner we will learn that self-love starts with ourselves and not with the judgments of others, which we can’t control in any way.

It’s important to start recognizing that you are human and that you have the right to fail and make mistakes. Ask for help when you need it, because nobody is 100% competent at everything. Recognize that nobody is born knowing everything and that we all have to practice in order to learn.

You are not the best; there will always be someone better than you. If you want to be better, work and fight for your goals in a healthy way, without comparing yourself and without discrediting others. You are a unique, inimitable, valuable person simply for existing and for being who you are. You don’t need others to remind you of this every day. You already know who you are. Start loving yourself more and being free and less dependent.

You don’t have to prove anything to anyone. You are not the center of the universe. People are concerned with their own issues. Cultivate who you are, along with love and respect for yourself. If you love yourself and show security and humility, others will start admiring you and loving you as well.

Link copied!
Interesting Articles
Psychology
A Bad Psychologist Can Cause a Lot of Harm

Sometimes, we trust health professionals almost blindly. Cognitive psychologist Daniel Goldstein said that "psychology is an owner's manual for your own mind." But what…

Donald Trump's personality is an interesting question for mental health professionals. Does he have some kind of psychological disorder? His histrionic…

Health
Five Health Effects of Sleeping Too Much

Balance is very important for human beings. Thus, a lack of balance can lead to many physical and mental health…

Psychology
Discover the Power of Paradox to Change Attitudes

A paradox is a strange idea different from what is considered to be true in the light of general opinion. Therefore,…